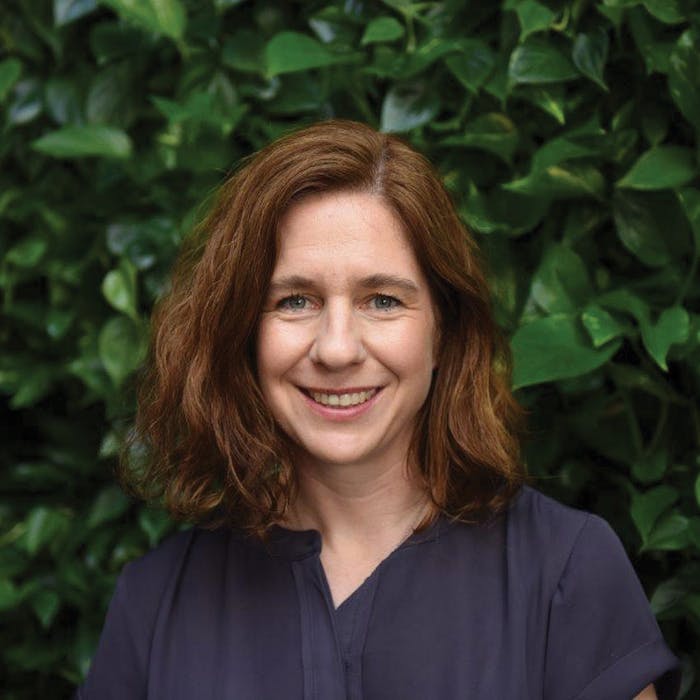 What can senescence reveal about hair aging? and what findings have been made? In this exclusive podcast with Alison Pawlus, Ph.D., of Aveda/The Estée Lauder Companies, she explains her work in this area, as well as the how the larger concept of senescence has advanced anti-aging research in general. Following is an adaptation from the interview.

The study of senescence has really expanded our knowledge and understanding of what happens in general during aging. For example, when cells are exposed to a moderate amount of damage—not enough so they die but enough so they don’t proliferate—these nonproliferating cells linger, enlarging and secreting a host of damaging molecules, including pro-inflammatory agents.

The hair follicle is a highly metabolically active organ. It’s constantly producing melanin, which is what gives hair its color. But during this process, hydrogen peroxide is created as a by-product. Normally this is okay; the body can detoxify it. But as we age, we become more susceptible to the oxidative damage it causes.

In our research, we’re using low doses of hydrogen peroxide to induce senescence in the hair follicle, which mimics aging by causing changes in color, shape, etc. One thing we look at is dermal papilla cells, which are the command centers of the hair follicles. By repeat dosing with hydrogen peroxide, we induce senescence in these cells in order to study natural ingredients that could potentially reduce these effects. This approach is easily measurable and, we believe, more biologically relevant.

Because we’ve screened so many actives and we’re experts in naturals, here at Aveda, we know what we’re looking for in regards to chemistry. We’ve started to see some patterns emerge, for example, in actives known as phase II enzyme inducers.

These plant extracts can nontoxically induce the body’s own enzymes for an antioxidant response. One of the plants we’re really excited about is Withania somnifera, or ashwagandha—one of the most widely used medicinal plants in the ayurvedic tradition.