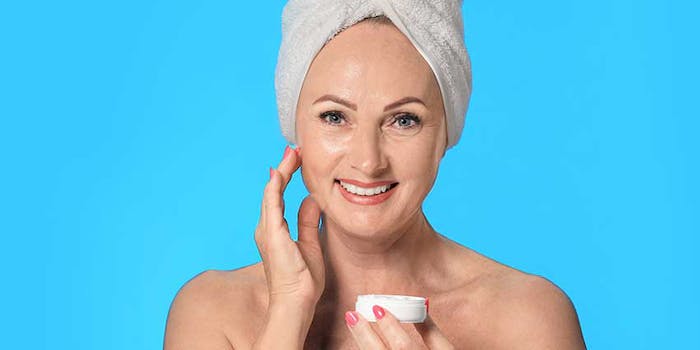 Two studies have recently been published on the topical benefits of Sabinsa’s pTeroWhite (INCI: Pterocarpus Marsupium Bark Extract), a natural pterostilbene isolated and purified from Pterocarpus marsupium heartwood and formulated as a cream.

The studies further the body of science into pTeroWhite’s value as a cosmeceutical ingredient for antiaging, skin brightening, and as a natural SPF agent.

In a study published in Clinical, Cosmetic and Investigational Dermatology by Muhammed Majeed, there was testing conducted as an open-label, single-arm, monocentric efficacy investigation in 38 volunteers who applied a cream containing 0.4% pterostilbene for eight weeks.

In the study, the researchers observed a positive change at all-time points in skin hydration and elasticity in both male and female subjects with regular usage of the pTeroWhite cream. They claimed to have found significant improvement in under-eye fine lines at all-time points and improvement in wrinkles, frown lines and crow’s feet area at the end of the study. The pterostilbene preparation was able to improve the skin luminosity with continuous application.

Reportedly, all the subjects agreed that the test product made the skin appear moisturized, brighter, younger, firmer and even-toned. Further, researchers observed no product-related skin irritation, intolerance or adverse events during the study. The report concluded that the application of pterostilbene cream twice daily for eight weeks was safe and improved skin texture and tone.

A second clinical study by Majeed, published in the journal Cosmetics, demonstrated the effect of pTeroWhite as a natural SPF ingredient.

A cream formulation, containing 0.4% of pTeroWhite was evaluated in 12 volunteers as per the ISO 24444:2010 regulations and showed an in vivo SPF value of 6.2 ±1.30. The cream was found to be safe and nonirritant in a repeated patch test conducted in 25 individuals before the SPF study.

The cream showed an SPF of 8.84 ±0.01 in vitro, while pTeroWhite as an ingredient had an SPF value of 21.73 ±0.06. Further, the study demonstrated the antioxidant effects of pTeroWhite in various in vitro and cellular test systems. The study concluded that pTeroWhite could be a safe ingredient in topical sun-protective formulations.

“We’ve long thought that natural pterostilbene had tremendous potential in cosmeceutical applications, which is why we began conducting research,” said Sabinsa founder and chairman, Muhammed Majeed, Ph.D. “Investigations are continuing to further expand our knowledge to support new product applications.”