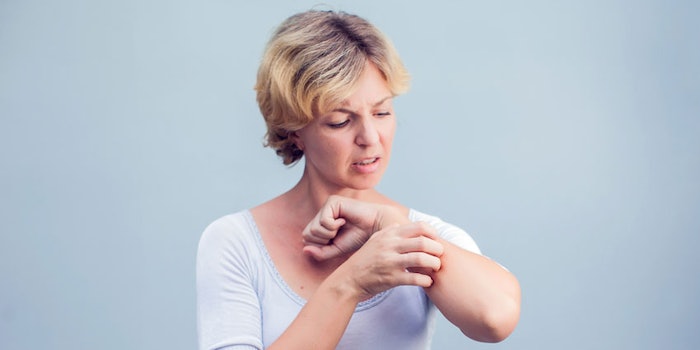 Eczema may be a well-known condition, but according to a report by Massive Science, there is no known test to indicate one's predisposition to it, short of a flare-up. A novel tool from researchers in Switzerland could change this.

While trans-epidermal water loss (TEWL) often is currently the go-to parameter to measure water loss as an indicator of barrier function (or dysfunction), electrical impedence (EI) spectroscopy offers new insights in the characterization of skin tissue.

In a summary of this technique, published on ClinicalTrials.gov, researchers at the Swiss Institute of Allergy and Asthma Research explained that allergic disorders such as atopic dermatitis have been associated with impaired barrier function. EI spectroscopy sends a harmless electrical signal through the skin and the response of the tissue is analyzed. This response is influenced by cellular properties including shape, orientation and size.

Massive Science reports the EIS device contains an ultrasensitive electrode composed of 225 miniscule pins. The device is both lightweight and portable, and the procedure is quick and noninvasive, making it efficient to measure skin function even in those with sensitive skin.

In a damaged barrier, a decrease in EI can be detected relative to the type and degree of the damage. On the other hand, greater resistance to flow correlates with greater skin barrier function. The researchers believe the technique is a good candidate for in vivo testing to determine skin barrier defects, for example, as an early diagnostic tool for the prediction of risk to developing atopic dermatitis in young subjects.