Consumers place a significant emphasis on hair strength as one of the primary indicators of its health. In the first part of this column series,1 the use of conventional tensile testing experiments was described to generate stress-strain curves that serve in characterizing the structural integrity of individual hair fibers. It was shown that wear and tear associated with various everyday treatments and conditions does affect these properties, and physically weakens hair strands. However, it was also noted that this approach does not necessarily represent a realistic simulation of the stimuli experienced by fibers on a daily basis, nor does it seem to represent the manner by which consumers judge “hair strength.” Instead, this consumer perception likely arises from some self-appraisal of the tendency for their hair to break—for example, by noticing broken fibers in a brush or comb after grooming, or perhaps in the base of the shower after washing. 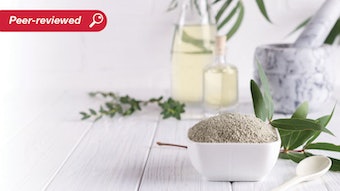