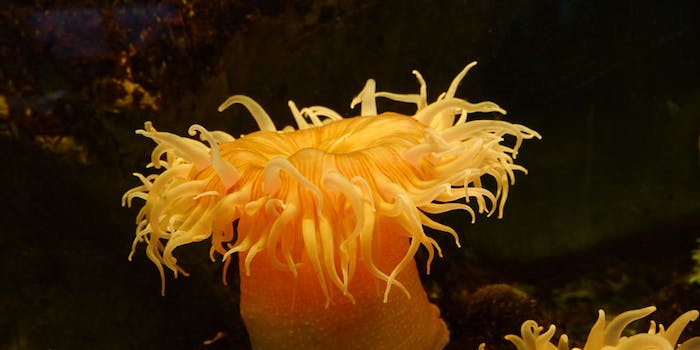 The skin is a formidable barrier, protecting the body’s inner organs. Therefore, delivering therapeutic substances into it for anti-aging benefits is a challenge. In particular, preferred anti-aging actives include collagen, for restructuring skin, and poly-γ-glutamate (γ-PGA)—a natural, nontoxic peptide polymer recognized1 in skin care for its moisturizing2, 3 and anti-aging4 properties. However, topical collagen and γ-PGA molecules are generally too large to penetrate the dermis and therefore have limited effects in stimulating the synthesis of new collagen in the skin.

These challenges were the focus of the current study, in which a natural microinjection system from the stinging cells of the Cnidaria phylus sea anemone was developed to effectively puncture the stratum corneum (SC) layer and deliver both marine collagen and γ-PGA into skin. Described here is the rationale behind the ingredient choices and delivery mechanism, as well as tests to determine the efficacy of the approach.

Collagen is a fibrous protein that acts as the main structural component of the skin’s dermal layer. Its fibers wield mechanical strength and provide support and elasticity to the skin, as well as to the majority of proteins in cartilage, bone, tendons and ligaments. Skin aging is associated with an increasing imbalance between the breakdown and assembly of collagen; i.e., collagen degradation is accelerated while collagen synthesis is decreased.5 Damage induced by exposure to the sun’s ultraviolet (UV) rays magnifies this process.6

While the collagen used in cosmetic formulations is often mammalian-derived,7 there is a growing concern over viral agents from this source causing degenerative neurological disorders.8 However, a novel, safe and sustainable alternative is the collagen produced by marine organisms, which can be manufactured from sea anemone using an environmentally friendly recirculatory aquatic system. Marine collagen has a wide range of properties. Its antioxidant benefits have been applied in skin care to prevent damage caused by UV rays and low humidity, which increases TEWL and reduces barrier function.

Topical marine collagen is known as a naturally rejuvenating substance that replenishes the body’s own collagen supply, providing nutrients to re-build collagen types I and III cells.8 Previously, it was demonstrated that by adding collagen to cosmetic emulsions, structural processes and moisturizing effects were enhanced in the skin in a limited manner, depending on the bioavailability of the collagen. Furthermore, like mammalian collagen, marine collagen can be used as a raw material for the production of cosmetic fillers.9

The same sea anemone source for collagen also provides an epidermal delivery platform that allows collagen to penetrate the skin: the natural submicron injection system of this nematocyst5—i.e., microcapsules made of collagen and γ-PGAa from its stinging cells or cnidocysts. The fundamental principle is based on active delivery. The isolated microcapsules, although no longer a part of a living cell, retain their ability to “fire” contained materials. They engender a high internal pressure of 150 bars and are activated by water, resulting in the discharge of long, folded collagenic needles at an ultrafast acceleration of 5 × 106 g. Due to their small size and the speed at which they are fired, the collagenic needles painlessly penetrate the skin without the use of external energy sources or artificial chemicals.

This discharge is controlled by osmotic balance. Product concepts based on this system would therefore be packaged in two chambers, each applying a layer onto skin. One would contain a formula incorporating the microinjectors, and the other, a water-based formulation. Upon application, the system would activate by water from the second chamber flowing through the porous walls of the microcapsules in the formula from the first chamber, causing dissociation of the large, aggregated matrix of γ-PGA trapped within. This in turn increases the osmotic pressure, resulting in the ejection of the submicronic collagenic needle. Thus, the γ-PGA matrix serves as the internal “battery” of the system and, together with the high tensile strength of the microcapsule wall, can build up the pressure required to propel the submicronic needle at speeds high enough to puncture the skin and immediately deliver the microcapsule content of collagen and γ-PGA.

The ability of this system to effectively puncture the SC and deliver both marine collagen and γ-PGA to target areas, increasing skin collagen and enhancing skin rejuvenation, was therefore investigated. Methods including Raman spectroscopy and high-performance liquid chromatography (HPLC) were used to assess the depth of penetration, quantify delivery and verify collagen and γ-PGA epidermal content.

Epidermal delivery of dye: Porcine ear skins were covered with microcapsules in a test gel (see Formula 1), and 0.05% toluidine blue dye solution was then added. After 5 min, the treated sites were rinsed with distilled water, gently wiped to remove the applied materials, and photographed. To examine dye permeability, the skin was tape-stripped 30 times to remove the SC and the residual skin was photographed under a microscope.

Microcapsule penetration depth: Penetration into skin was evaluated using a confocal Raman spectrometer since this instrument can measure the diffusion of molecules non-invasively. Pig skin was placed in a Franz flow cell system between the lower and upper compartments. Buffer was used as a solution in the lower compartment, and a thin, 25-μL/cm2 layer of the microcapsule materiala in the same test gel (see Formula 1) was placed on air-dried skin, then activated using 250 μL of water. The penetration of the delivery system through the skin could be tracked by changes in peak height position by following the 1,437 cm-1 band assigned to a CH3, CH2 deformation.

Collagen and γ-PGA content in epidermis: The epidermal delivery of collagen and γ-PGA into reconstructed human skinb was also measured using Franz diffusion cells, as previously described.10 The same base gel (see Formula 1) including the microcapsules was introduced into the donor chambers on the skin membrane and overlaid with water as an activator. As a control, skinb pieces were covered with the same gel excluding the microcapsules and overlaid with water. During the experiment, 1-mL samples were taken from the receiver compartment at predetermined times and after each withdrawal, the receiver was filled with fresh saline solution.

The samples were analyzed by HPLCc with a diode array detector. The analysis was performed at room temperature using a 5-mm columnd. The mobile phase consisted of: 68% acetonitrile (20%) in 20 mM of pH 6 phosphate buffer; and 32% acetonitrile. The flow rate was 1.2 mL/min and the UV detector was set at a wavelength of 210 nm. The injection volume was 40 µL and scopolamine retention time was 7.5 min. Data was expressed as the cumulative γ-PGA/collagen permeation/cm2 of skin surface.

Epidermal delivery of dye: The microcapsule content is made of collagen and γ-PGA. Upon topical activation, the content of these organelles is ejected through the collagenous shaft into the upper skin layers (i.e., upper epidermis). Figure 1 demonstrates the ex vivo delivery of hydrophilic toluidine blue dye, serving as an internal marker for the microcapsule γ-PGA content on full thickness porcine skin. As can be seen, the dye was delivered beneath the skin barrier to the upper epidermis.

Microcapsule penetration depth: Figure 2 shows the Raman spectra of the delivery system before and 5 min after the addition of water. The changes in the Raman spectra reflect the conformational changes that occur to the γ-PGA/collagen structural components following activation. The fact that there are differences is not inconsistent with properties of the mechanism, given that collagen is not a part of the capsule after activation. Penetration of the delivery system through the skin could be tracked by following the 1,437 cm-1 band assigned to a CH3, CH2 deformation. Figure 3 shows that the delivery system alone penetrated to depths between 20 μm and 30 μm.

Collagen and γ-PGA content in epidermis: The amount of γ-PGA and collagen released from the microcapsules into the epidermis against time are presented in Figure 4; note that mammalian and marine collagen content could be differentiated. Data are expressed as the cumulative γ-PGA/collagen permeation per square centimeter (cm2) of skin surface.

The data presented here shows that a natural microinjection system based on the stinging cells of the Cnidaria sea anemone could effectively puncture the SC layer of various skin types, i.e., human, pig and reconstructed human skin. In addition, the system delivered substantially higher amounts of marine collagen and γ-PGA into tissues compared to the negligible amounts delivered by the control. Extrapolated from the results of one week of treatment, one month of treatment using the system could deliver the same amount of collagen and γ-PGA as one collagen injection session.11

The transepidermal delivery system described could succeed current anti-aging interventions based on partial solutions and/or highly invasive methods to effectively and safely deliver key substances such as collagen. It also can replace higher-risk or less desired mammalian ingredients with uniquely advantageous marine collagen and γ-PGA. This delivery system therefore fills an unmet need that has, up to now, appeared to have been unattainable.

R Paleco, SR Vucen, AM Crea, A Moore and S Scalia, Enhancement of the in vitro penetration of quercetin through pig skin by combined microneedles and lipid microparticles, Int J Pharm 472 206-213 (2014)