Is This the Tail End of Animal Testing for Cosmetics and Personal Care? 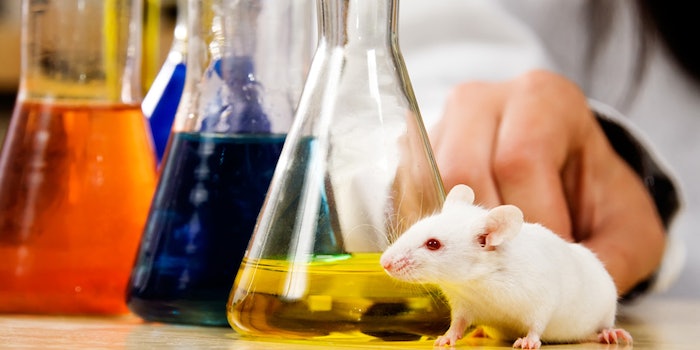 While animal testing for cosmetics and personal care products has been a tumultuous topic in previous years, the rise in popularity of "vegan" and "cruelty-free" products, combined with the at-times overwhelming power of social media, has placed this testing topic in the zeitgeist more than ever.

Recently, the Australian Federal Department of Health announced its plan to ban animal testing for cosmetics products. Shiseido's own NARS Cosmetics received major backlash from consumers in June 2017 when it came out that the company had introduced its animal-tested makeup in China. The Body Shop is currently partnering with Cruelty Free International on a petition, that already has more than 2.3 million signatures, in support of a global ban on animal cosmetics, to be presented to the UN General Assembly in 2018. Through all of this, it is obvious that both the industry itself and consumers are making efforts to end animal testing once and for all.

At the end of the day, cosmetic and personal care products need to be tested for safety and quality before reaching consumers. Everyone knows that.

While the goal in many countries is to reduce the use of animal testing, the fact remains: we now live in a time where the power has shifted from the companies creating the products to the consumers purchasing them. With animal testing awareness rising due in part to conversations via social media and an influx of companies granting those "cruelty-free" wishes, brands that are slow to omit animal testing may see consumers opting for other brands' products that consumers can be sure have never been tested on an animal.

But what about alternatives? At the end of the day, cosmetic and personal care products need to be tested for safety and quality before reaching consumers. Everyone knows that.

Is Skin Substrate Technology the Answer?

Cosmetics & Toiletries spoke with Alex Armento, director of business development at MatTek Corporation, a biotechnology company specializing in human cell-based tissue engineering and constructs, regarding skin substrate technology, its potential as an alternative for animal testing in the cosmetic and personal care industry and how it can move the industry forward.

Cosmetics & Toiletries (C&T): What is skin substrate technology? How is it used at MatTek?

Alex Armento (AA): MatTek has a product called EpiDerm. It is a 3-dimensional human cell-based model that represents the fully differentiated structure of the human epidermis. The cells used are typically isolated from surgical waste, taken with the patient's consent, which are then broken down into cellular components. We can recapitulate the structure of the skin in small microtissue formats using the same genetically identical cells for a long period of time. This leads to a high level of reproducibility of testing in the future.

C&T: Does this kind of technology have the potential to act as an alternative to animal testing in the cosmetics industry? Has it been done before? Was it successful?

AA: The nice thing about 3-dimensional micro tissues is that they're cultured in what is called the air-liquid interface, basically, these 3D tissues are fed from the basolateral side, similar to a bloodstream, bringing nutrients to the tissues from the blood vessels. The top surface of the skin is open to the atmosphere similar to our skin. So, we can apply liquids, solids, soaps, cosmetics and lotions to the top surface of the skin just like it would be done in humans.

Over the last 20-25 years the EpiDerm model, along with a couple other models have been used for safety testing, as alternatives to animal testing, focusing specifically on acute toxicity. We can measure skin irritation and corrosion, to a high level of predictivity compared to humans. The OECD and other regulatory agencies have accepted the EpiDerm and other microtissue tests as a standalone alternative to the Draize test.

C&T: How do you see this type of technology moving the industry forward? Not just for an alternative for animal testing, but for product development and R&D?

AA: When you mention synthetic substrate, that brings to mind a couple of different things; there are chemically synthetic products out there that don't resemble biology, and there is a skin corrosion test that uses a non-biological substrate to determine whether something is corrosive or not. We look at the actual biology and construct the skin using actual human skin cells to reconstruct the actual function of the tissue.

This is proving to be very advantageous in areas of even more sensitive toxicities, like repeat dose experiments where you can apply a cosmetic or a pharmaceutical to these tissues as somebody would at home. One can put soap on the tissue for up to seven days in a row to see what kind of effects these have on the biological responses of the skin tissue. We can even look at things like inflammation and sensitization and things of that nature.

C&T: In terms of efficacy, how do tests using this technology perform?

AA: Since launching in 1993, EpiDerm models have become more complex. EpiDermFT (full thickness) model, for example, incorporates not only the epidermis but also the dermis, including the fibroblasts. We do a lot of anti-aging testing and look at a lot of skin creams that are made to reduce wrinkles or made to enhance extracellular matrix production. They're typically used to rank ingredients according to how well they function and companies will take the top functioning and move them into the clinic for further testing.

The MelanoDerm model includes pigmenting skin cells, i.e., human melanocytes, and is also used prior to clinical studies to look at the effectiveness of skin lighteners.

Other Alternative Routes Worth Exploring

As previously stated, the topic of animal testing and its negative connotations among consumers have been around for years. The idea of finding alternative solutions is nothing new.

Over the past few years, alternatives have been validated to test the safety of cosmetic ingredients. Back in 2015, L'Oréal and San Diego-based Organovo collaborated on the development of 3D bioprinted skin tissue for beauty product testing.

In 2010, researchers from the National Institute for Occupational Safety and Health and researchers at Portland State University published work, titled "Rapid and Simple Kinetics Screening Assay for Electrophilic Dermal Sensitizers Using Nitrobenzenethiol.” This report detailed how the researchers evaluated a kinetic spectrophotometric assay involving the reactivity of electrophilic sensitizers to nitrobenzenethiol.

Despite efforts to move the industry away from animal testing, the challenge still remains to devise a proper alternative method. However, with technology growing more advanced each and every day, the solution may be closer than we think.

When it comes cosmetic and personal care R&D, long gone are the days when consumers are unaware of the processes and ingredients going into their favorite products. Today's consumer has a voice and is not afraid to use it in order to get the products he or she is after. If companies don't listen to the wants and concerns of their customers or take the time to find an alternative to long-established practices, some may find customers purchasing products from companies that better align with their views and moral code.