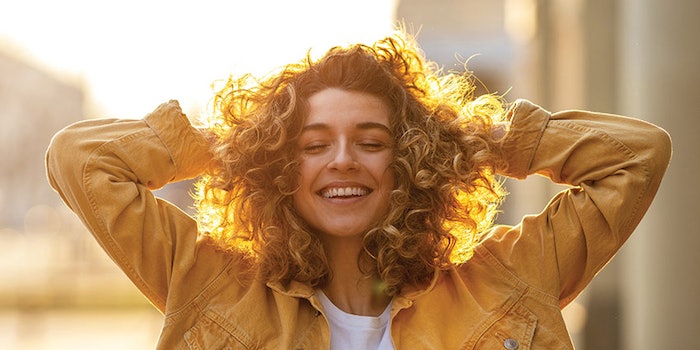 Read this article in its entirety in the June 2020 digital edition. . .

With the body, skin and scalp being the outermost boundaries of the body, they are exposed to a myriad of external stresses and pollution every day. Extensive studies over the years have shown that pollution and UV radiation can lead to premature skin aging, as they are some of the primary causes of reactive oxygen species (ROS).1 These highly reactive molecules cause damage to DNA, such as the formation of 8-hydroxydeoxyguanosin (8-OHdG) or the oxidation of fatty acids or amino acids in proteins, thereby potentially causing DNA mutations and impairing cell membrane or enzyme function.

Detoxification of ROS is mediated by several cellular enzymes including catalase, superoxide dismutase or glutathione peroxidase.2 A key transcription factor involved in the protection of cells from oxidative damage is nuclear factor erythroid 2-related factor 2 (Nrf2). This regulates a variety of genes such as detoxifying enzymes through an antioxidant response element in its promoter region.2 The activation of Nrf2 as a protective factor was studied and led to the development of various products to protect the skin from stresses causing oxidative damage. These ROS detoxification systems are also present in scalp hair follicles, according to Haslam.
Despite the fact that ROS production by the mitochondria is essential for the physiological activities of the hair follicle, including hair growth,3 it has been shown that oxidative stress promotes premature catagen development ex vivo, which can be prevented by Nrf2 activation.4 Along this line, UV radiation induces hair follicle damage that leads to hair growth inhibition ex vivo.5, 6 As a consequence, the cytotoxicity and hair growth inhibition induced by oxidative stress has been implicated in several hair loss disorders.3

Recent evidence presented at the 28th Congress of the European Academy of Dermatology and Venereology (EADV) showed that common air pollution comprised of particulate matter (PM) and heavy metals induce oxidative stress and damage cells in hair follicles, thereby causing premature hair loss.7 These findings substantiate the need for the development of products that effectively and specifically protect hair follicles from oxidative damage caused by environmental pollutants and UV radiation.
In this study, an extract prepared from Eriodictyon californicum (yerba santa) was analyzed and studied in clinical trials for its protective effect on microdissected organ-cultured hair follicles. Being rich in antioxidative bioflavonoids, the extract was tested for its potential to protect hair follicles against oxidative damage caused by UVB radiation and pollutants, and thereby prevent the prolongation of the anagen hair growth phase.

Plants rich in polyphenolic compounds such as flavonoids have been shown to possess antioxidant activities8 and present sources for the development of natural active ingredients for protection of the hair roots. Eriodictyon californicum, also known as yerba santa, mountain balm, bear's weed or gum bush, is an evergreen aromatic shrub that belongs to the plant family of Boraginaceae. Yerba santa typically grows in clonal stands, around one meter in height. Its oblong lanceolate leaves are dark green with a leathery texture and covered with shiny resin, while its flowers are white to light purple and bell-shaped.

Being native to California and Oregon, yerba santa has been regarded as a “holy herb” by the native population. In relation to this nickname, it has a long history of use in traditional medicine not only to treat asthma and respiratory tract infections, but also wounds, broken bones and sores.9, 10

Moreover, recent research has identified one of the major flavonoids of yerba santa, sterubin, as being neuroprotective against multiple toxicities of the aging brain.11 Other polyphenolic constituents of yerba santa are the flavanones eriodictyol and homoeriodictyol, which possess antioxidant activities.8 Thus, the efficacy of an extract prepared from the aerial parts of yerba santa to protect hair follicles from oxidative stress was tested in vitro and in vivo as described next.

Protein carbonylation and oxidative stress: To assess the extract’s protective effect against protein oxidation in vitro, human keratinocytes (HaCaT) were cultured in the presence of 0.5% yerba santa extract; the reference compound N-acetyl-L-cysteine (NAC, 2.5 mM); or left untreated for 24 hr. Oxidative stress was induced by adding 100 µM H2O2 for 30 min during continuous cell treatment with the test compounds. Cells were subsequently fixed with ethanol/acetic acid and carbonylated proteins were labeled with a specific fluorescent probe. The excess probe was removed by successive washes with phosphate buffered saline (PBS). Fluorescent signal intensity was recorded using a multiplate readera and normalized to untreated cells.

C. elegans and oxidative stress: The protective effect of the extract on oxidative stress in a whole organism also was tested in the nematode Caenorhabditis elegans (C. elegans). The organisms were subjected to oxidative stress as described previously.12 C. elegans were grown on agar plates containing nematode growth medium prepared with or without (control) 0.5 mg/mL yerba santa extract until larval stage 4 (L4). The organisms were subsequently washed with M9 buffer13 and plated in 96-well plates at 60 per well in triplicates for each treatment.

C. elegans were left untreated or subjected to oxidative stress by the addition of 5 mM arsenite with dilution of 0.05 M NaAsO2 in M9 bufferb. C. elegans locomotor activity was tracked using an infrared system and the movement score was calculated based on the number of times the light beam was disrupted by C. elegans in each well. Continuous measurements were performed for up to 60 hr.

Hair follicle protection upon UVB irradiation: To assess protective effects against oxidative stress and DNA damage, the extract was tested in hair follicles. Clinically healthy human hair follicles (HF) were microdissected from follicular units obtained from the occipital scalp of a male donor undergoing hair transplantation and cultured, as previously described.14 Anagen VI hair follicles used for further experiments were selected based on microscopic observation and the occurrence of growth within the first 24 hr of culture. Hair follicles were treated or not (control) with 0.1% yerba santa extract 24 hr after isolation, and treatment was renewed 72 hr and 120 hr after isolation.

Additionally, HF were irradiated with a low dose of UVB (20 mJ/cm2) at 72 hr and 120 hr after isolation, as previously described.5, 6 HF elongation was measured 24 hr, 72 hr, 120 hr and 148 hr after isolation. After 148 hr of culture and treatments at the indicated times, HF were collected and embedded for optical coherence tomography (OCT). Phosphorylation of Nrf2 and the formation of 8-OHdG served as indicators of oxidative stress and DNA damage, and were assessed by immunofluorescence staining of HF sections. Hair follicle scoring and determination of the HF stage was performed as described previously.14

Hair loss and regeneration in vivo: Clinically, the effect of yerba santa extract on hair loss and regeneration was assessed in a double-blind, randomized, placebo-controlled clinical study. For this, 56 healthy male and female volunteers (aged 18-68 years) with hair loss of variable causes were included in the study. Following a wash-out phase of 48 hr before the initial study visit, during which the volunteers did not wash their hair, hair density was evaluated using a phototrichogram microcamerac.

Moreover, a cosmetic trichogram was carried out. For this, an average of 25 hairs including the roots was plucked from each volunteer for microscopic analysis and the determination of the number of anagen and telogen hair. The subjects applied a hair serum containing 2% yerba santa extract or a placebo product once daily for 150 days. A second wash-out phase of 48 hr was carried out prior to the final study visit, followed by the determination of the test parameters and plucking of hairs.

Protein carbonylation and oxidative stress: As noted, specific staining of carbonylated proteins was performed following 24 hr of pretreatment with the test compounds or control prior to 30 min of oxidative stress. Yerba santa extract tested at 0.5% had a significant protective effect against protein oxidation, leading to a 78% reduction in carbonylation, compared with stressed cells (see Figure 1). This effect was stronger than the effect of the reference compound NAC, which was also protective but to a lower extent of 27%.

C. elegans and oxidative stress: As described, C. elegans that had been grown on media containing yerba santa extract were subjected to oxidative stress by arsenite treatment.12 The movement score was determined for up to 60 hr during the oxidative stress induction, being reflective of the entities’ locomotor activity and viability. . .