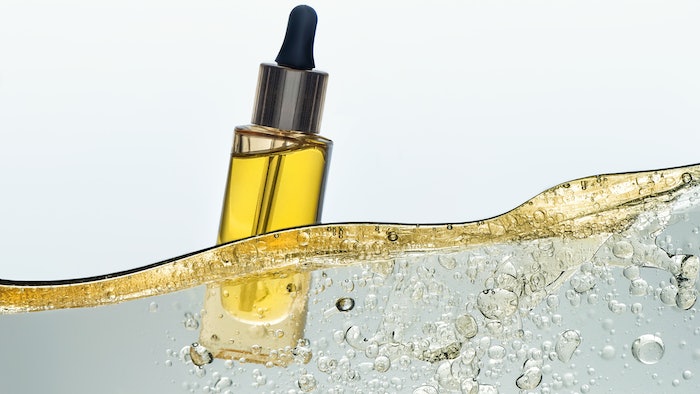 In this study, the biopolymers whey protein and chitosan were used to create a thermoresponsive emulsion. The impact of including the chitosan, and specific oils on the rheological properties and response to temperature was investigated.
Photo 68170146 © Ekaterina Solodilova | Dreamstime.com

The International Journal of Cosmetic Science published findings on sustainable thermoresponsive whey protein- and chitosan-based o/w emulsions that may be implemented in cosmetic applications.

Archived: Delivery with Chitosan-coated Liposomes and Other Topics: Literature Findings

In this study, the biopolymers whey protein and chitosan were used at different concentrations to create a thermoresponsive emulsion. The impact on rheological properties with chitosan and specific oils, as well as response to temperature, were investigated by a stepwise build-up from simple solutions to o/w emulsions.

Solutions of whey protein concentrate by itself, chitosan by itself and the combination of the two were tested with flow sweeps, temperature sweeps and frequency sweeps. Then, three different oils of jojoba, avocado and silicone were included to form emulsions. The tests were repeated to determine flow behavior, response to temperature and structure.

At 15%, whey protein provided good viscosities and modulus at a lower amount of material used. The solution comprising 15% whey protein and 0.5% chitosan had the greatest structural response to temperature, compared with solutions with 1.0% and 1.5% chitosan.

Also, compared with the addition of 10% silicone and 10% avocado oil to form emulsions, the addition of 10% jojoba oil further strengthened the gel network the most. It was additionally found that the final emulsion with pigment added had improved viscosity and thermoresponsive behavior.

In the end, an emulsion composed of 15% whey protein, 10% jojoba oil and 0.5% chitosan solution had the greatest structural response to temperature. Thus, the authors concluded an o/w emulsion containing whey protein concentrate and chitosan showed that different oils and conditions can be used to tune thermoresponsive and rheological behavior.