Emollients Under Fire in the UK 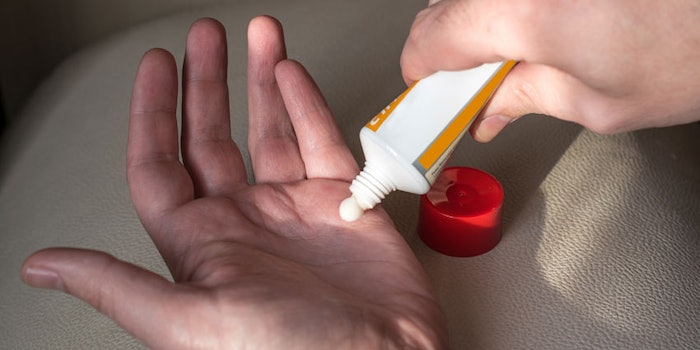 Product misuse appears to be at the core of several recent deaths in the UK and has many consumers up in arms over the flammability of certain emollients. As the BBC reported, tragically, some 50 lives were lost in fires whose speed and intensity may have been aided by the buildup of certain emollients in bedding, dressings or clothing.

In response, the Medicines and Healthcare products Regulatory Agency (MHRA) recommends that labelling and product information for these emollients should highlight their potential fire hazard status. This includes providing clear advice to consumers not to smoke near these products or expose them to open flames; plus educating users about the risk of severe burn injury or death when clothing, bedding or dressings upon which the emollients have dried are accidentally ignited.

As is well-known, emollients are moisturizing treatments applied directly to the skin to soothe and hydrate it. They cover the skin with a protective film to trap in moisture. These important treatments are widely used to help manage dry, itchy or scaly skin conditions such as eczema, psoriasis and ichthyosis.

While the likelihood of a fabric that has been in contact with emollient products catching fire—via an individual smoking or being near an open flame, for instance—is low, if it does occur, it can cause severe burns which may result in death, according to the MHRA. The agency adds that fabrics having come into contact with an emollient can be highly flammable, even after washing; the risk becomes greater when emollients are applied in large quantities or to large areas of the body.

While it was previously thought the risk occurred with emollients containing more than 50% paraffin, evidence reportedly now points to emollients containing lower levels of paraffin or those that are paraffin-free. According to MHRA, it is important that people prescribing, dispensing or using any emollient, or caring for someone who uses an emollient, are aware of the potential fire risks and take appropriate action to reduce it.

June Raine, the director of MHRA’s vigilance and risk management of medicines division, said: "We don’t want to unduly worry people into not using these products, which offer relief for what can be chronic skin conditions, but it is equally important people are aware of the risks and take steps to mitigate them."

"The unfortunate situations that have resulted in [these] tragic deaths do not really reflect normal use of topical cosmetic products."
-Emma Meredith, Ph.D., CTPA

Chris Bell, manager at West Yorkshire Fire and Rescue Service, and National Fire Chiefs Council’s lead for emollient creams, said: "We welcome [the MHRA] recommendation. There have now been in excess of 50 deaths in the UK where the build-up of emollients on bedding, dressings or clothing may have contributed to the speed and intensity of the fire. Many of these fires were caused by people who smoked and were unaware of the fire risks associated with emollient build-up on fabrics.

"We have been trying to raise awareness about this issue with public and health and care professionals. Ensuring that these products carry warnings will certainly help us as we continue to work with pharmacists, the NHS and care sector to prevent any future deaths."

John Smith, chief executive of the Proprietary Association of Great Britain (PAGB), the consumer health care association, said, "Emollient products are an important and effective treatment for chronic and often severe dry skin conditions, such as eczema and psoriasis. People should continue to use these products, but it is vital they understand the fire risk associated with a build-up of residue on fabric and take steps to mitigate that risk.

"Safety is of paramount importance to the consumer health care industry and PAGB member companies are committed to adding a clear warning statement to the packaging of emollient products. We have been working with MHRA during its review of the evidence to ensure the warning is implemented consistently across industry and to support efforts to raise awareness of this issue.

The Cosmetic, Toiletry and Perfumery Association (CTPA) also is aware of this BBC report. Emma Meredith, Ph.D., director-general of the CTPA, shared the following comments via e-mail.

"There have unfortunately been extremely tragic cases of deaths due to bedding/clothing impregnated with paraffin-containing emollients having caught fire, and this has been reported on several occasions over the past year in the UK. It is not the products per se that present the risk, but the way they are used and allowed to impregnate flammable material such as bedding or clothing that increases the risk of fire when contacted by a source of ignition.

"In general, the products involved are those used to treat patients suffering from adverse skin conditions, i.e., over-the-counter (OTC) medicines. The matter has been the subject of review by the [MHRA], as well as some fire brigades.

"The BBC report was in response to the MHRA issuing a press release on the issue at the end of last year [2018], highlighting proposed actions and a communication campaign to raise awareness of the possible risks.

"The unfortunate situations that have resulted in [these] tragic deaths do not really reflect normal use of topical cosmetic products."