A New Code for Skin Care, Part II: Breakthroughs in the Delivery of RNAi Therapeutics 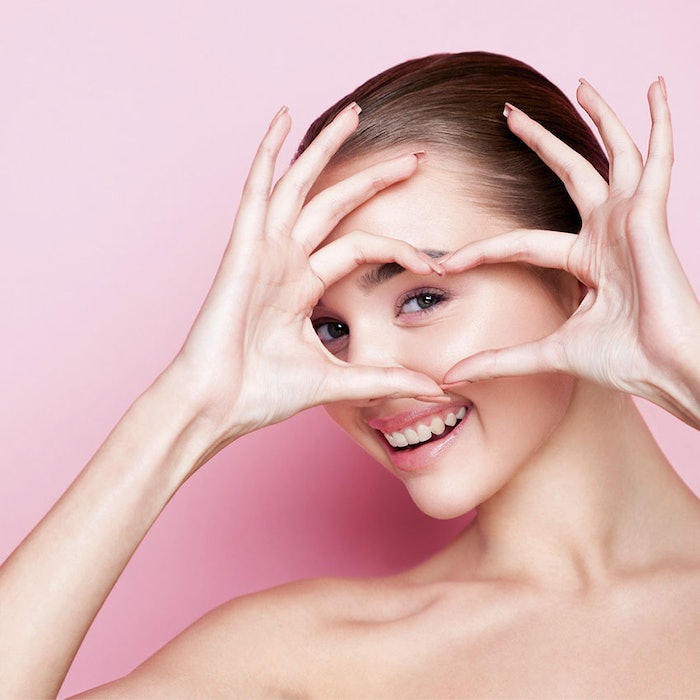 Editor’s note: Per the U.S. Food and Drug Administration, cosmetics are articles intended to beautify appearance and should not alter the structure or function of the human body; those that do are considered drugs. The concepts presented here blur this line, although they reflect major advances in recent skin care science.

This second in a three-part series briefly reviews the delivery of RNAi technologies into skin; Part I considered their utility in general  and Part III covers the reverse of RNA interference—RNA activation (RNAa). Hear more from the authors in our exclusive Author Commentary podcast.

Nucleic acid-based therapeutics have received a considerable amount of attention over recent years, particularly those based on RNA interference (RNAi). This biological platform consists of small RNAs called short interfering RNAs (siRNAs) and microRNAs (miRNAs or miRs) that do not code for any protein, but rather can regulate the expression of proteins by targeting and sequestering the messenger RNA (mRNA) that encodes specific proteins for degradation and/or repression.1–3

The sequence complementarity requirement between siRNAs and their cognate mRNAs is rigid, giving great specificity, while only partial complementarity is needed for miRNAs—which allows the latter group to affect multiple signaling pathways within a cell.4 This has led to miRNA “profiling” efforts by some skin care groups to determine which miRNAs and their downstream signaling pathways are being affected by particular topical treatments (see “indirect approach” in Figure 1).5

Alternatively, other research groups have attempted to utilize RNAi to treat a variety of skin conditions such as aberrant skin pigmentation (see “direct approach” in Figure 1).6, 7 However, the consistent stumbling block to more widespread applications of direct RNAi-based approaches to treat skin conditions has been the development of a robust topical delivery vehicle.

What prevents naked siRNA or miRNA from being administered directly into the skin? First, the skin is littered with enzymes called nucleases that will chop unmodified nucleic acids into pieces.8, 9 Second, siRNAs and miRNAs are relatively large compared to most skin-permeable materials. Additionally, miRNAs are hydrophilic molecules with an inherent negative charge, whereas skin-permeable molecules tend to be lipophilic and without a charge.

To overcome these issues, siRNAs and/or miRNAs require pairing with a delivery vehicle that can shield them from degradation, mask their hydrophilicity, and promote skin and cellular penetration. Recent progress with so-called elastic liposomes or liposomes modified with cell-penetrating peptides suggests these delivery obstacles could be surmounted, potentially unleashing the full potential of RNAi-based skin therapies.

Classically, liposomes have been explored for their ability to carry nucleic acids, whether DNA or RNA, across the stratum corneum to the viable cells of the epidermis. Liposomes are vesicles composed of a phospholipid bilayer, where the polar hydrophilic phospholipid heads of the bilayer face outward, and the hydrophobic tails face inward. This produces a spherical structure with a hydrophilic exterior and central core.

Progress in elastic and peptide-modified liposomes suggests RNAi delivery obstacles could be surmounted.

Some of the earliest attempts to adapt liposomes as delivery vehicles for skin therapeutics were in the 1990s, which resulted in the development of two different types of elastic or ultra-deformable liposomes (UDLs) known as ethosomes and transfersomes.10–13 Ethosomes are liposomes that incorporate ethanol in their composition and allow for greater skin penetration. Transfersomes, on the other hand, are liposomes where the cholesterol component has been replaced with what is known as an edge activator, frequently in the form of a single-chain surfactant molecule such as polysorbate-80, which allows for the modified liposomes to circumvent the small pore sizes of the skin via the pliability of the liposomes to “squeeze” through the narrow skin pores.14–16

One earlier effort to develop UDLs specifically for the delivery of siRNA molecules to the skin described so-called surfactant-ethanol-cholesterol-osomes (SECosomes).16, 17 These specialized liposome vehicles contain both ethanol and an edge activator surfactant—they are essentially transethosomes—and they have shown improved efficiency for the delivery of molecules to the skin.18

For enhanced delivery of siRNAs into the skin, SECosomes were also formulated with ethanol as a penetration enhancer and sodium cholate as an edge activator in cationic liposome formulations prepared with 1,2-dioleoyl-3-trimethylammonium-propane chloride (DOTAP). This modified formula augmented the penetration of the cationic liposomes through the stratum corneum, to the viable cells of the upper epidermis and to the basal epidermal layer. Indeed, the effectiveness of siRNA delivery and the down-regulation of a gene of interest was measured at approximately 75% in an in vitro model.16, 17 Importantly, this observed effect was also observed in cell culture and replicated in intact human skin.

Recently, the efficacy of SECosomes was optimized with a new formulation, DDC642, for the topical delivery of RNAi-based therapeutics.14, 15 While several improved formulations were tested, DDC642, which substituted 1,2-dioleoyl-sn-glycero-3-phosphoethanolamine (DOPE) in place of sodium cholate, provided the best results for the topical delivery of both siRNAs and miRNAs.14, 15

Some research groups have embraced a different approach: incorporating skin-penetrating peptides into the vesicle bilayer, in lieu of formulating meta-stable liposomes with novel vesicle chemistries. Early attempts utilized the trans-activator of transcription (TAT) peptide encoded by the human immunodeficiency virus (HIV). Alternately, the peptides poly-arginine, magainin and TD-1 were all found to enhance the cell-penetrating properties of liposomes.19–22 The amino acid sequences for three of the more commonly studied peptides are shown in Figure 2; TAT, magainin and the “SPACE” peptide.

Regarding the latter, in brief, the penetration of cationic liposomes with ethanol (ethosomes) was augmented via the inclusion of a peptide know as the Skin Permeating and Cell Entering (SPACE) peptide.23 Not only has the SPACE peptide proven effective at transfecting skin cells in culture, it also has been shown in vivo to topically deliver SPACE peptide-modified liposomes through animal and human skin.

The industry is on the precipice of seeing nucleic acid-based skin therapeutics deployed on a large scale.

Comparing the SPACE peptide with several of the other peptides investigated, it is notable that it has far fewer positively charged amino acids (see Figure 2). Regardless of this distinction, liposomal delivery vehicles incorporating the SPACE peptide showed improved delivery of siRNA molecules in both cell culture and with mouse skin—with an in vivo gene of interest knockdown efficiency of approximately 63%.23

These findings suggest that a combination of modified liposome chemistries and the inclusion of skin penetrating peptides may produce the breakthrough topical system required for the deployment of therapeutic siRNAs and miRNAs for skin care applications.

The liposome-based delivery vehicles described here show considerable promise for overcoming the delivery barrier of the stratum corneum. As such, the industry is on the precipice of seeing nucleic acid-based skin therapeutics deployed on a large scale. The technology transfer of these discoveries to an industrial setting will also allow for scale-up design in production, and an evaluation of the economic feasibility of these delivery vehicles on a larger scale.

If any of these modified liposome carriers prove to be economically viable, RNAi-based skin therapeutics will rapidly be brought to market. These RNAi topical treatments, whether incorporating siRNAs or miRNAs, are likely to usher in a new generation of novel approaches to combating skin diseases and disorders; where instead of supplying a therapeutic compound to repair skin cells, genetic instructions will be provided to the cells to fix themselves.

Continue to Part III...
Want More? Hear from the author in our exclusive Author Commentary podcast.