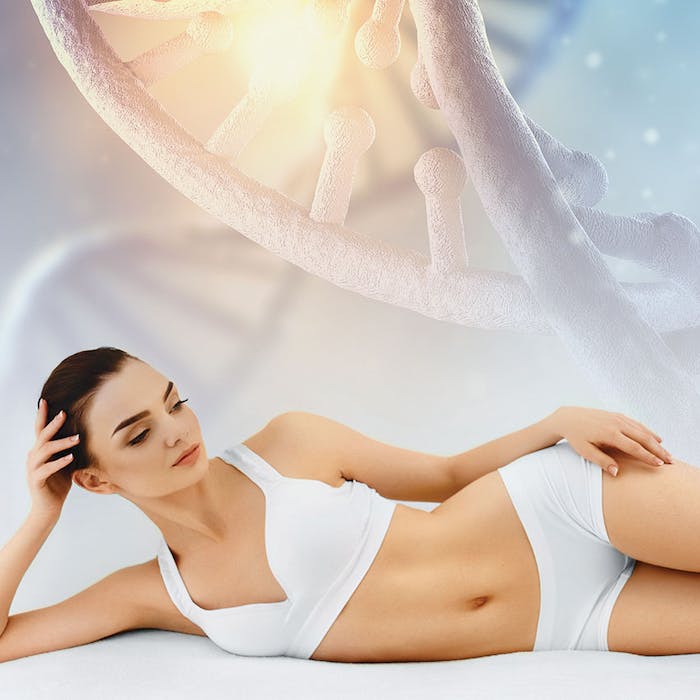 Editor’s note: Per the U.S. Food and Drug Administration, cosmetics are articles intended to beautify appearance and should not alter the structure or function of the human body; those that do are considered drugs. The concepts presented here blur this line, although they reflect major advances in recent skin care science.

This third and final installment in our three-part series describes RNA activation—the reverse of RNA interference (RNAi). Part I explored the general utility of RNAi technologies; Part II briefly reviewed the delivery of RNAi technologies into skin. Hear more from the authors in our exclusive Author Commentary podcast.

Many biomedical and cosmetic research groups have sought to harness the power of RNA interference (RNAi) to treat a variety of skin diseases and conditions. RNAi involves the utilization of small non-coding RNA (ncRNA) molecules called short interfering RNAs (siRNAs) and microRNAs (miRNAs or miRs), which silence the expression of specific genes and, by extension, the synthesis of their encoded protein molecules.

Considerable progress has been made to not only develop siRNA and miRNA molecules for use as actives to treat skin conditions, but also to design delivery vehicles that are capable of delivering the ncRNA effectors across the skin barrier.1–5 Interestingly, as the scientific knowledge of RNAi has expanded, a completely opposite process of RNA activation (RNAa) also has been discovered. Here, small ncRNAs can promote gene expression rather than ablating it, thus providing another approach to treating skin conditions with nucleic acid-based therapeutics.6–8

One of the first reports of small ncRNAs that included what appeared to be the activation or augmentation of gene expression was in 2006, where Li et al. described small double-stranded RNA molecules that coordinated with the Argonaute 2 (Ago2) protein to induce gene activation.9, 10 Multiple studies found that small artificial RNAs (saRNAs) or small anti-genome RNAs (agRNAs) were able to positively affect the expression of multiple genes, including but not limited to: E-cadherin, p21, OCT4 and KLF4.9, 11–13 The contrasting features of RNAi versus RNAa were concisely outlined in a review article, which described the two processes as the “yin and yang of the RNAome.”8

Interestingly, the kinetics of RNAi versus RNAa are distinct; relatively speaking, RNAi is rapid and short-lived whereas RNAa takes longer to induce but has prolonged effects.14 In vast contrast with RNAi, small double-stranded RNA molecules of approximately 22 base pairs in length interact with the Ago2 component of the miRISC complex in the cell cytoplasm (see Figure 1). These small ncRNAs originate from exogenous (saRNA/agRNA) or endogenous (siRNA/miRNA) sources.

The “passenger strand” dissociates from the complex and is discarded, while the “guide strand” stays complexed with Ago2. The guide strand/Ago2-miRISC complex before entering the nucleus via Importin 8 (IPO8),15 which then proceeds to interact with the genomic DNA through one of two possible mechanisms, or interacts with mRNA transcripts.

With respect to genomic DNA, the guide strand RNA will anneal directly to complementary sequences in the promoters of specific genes or anneal to a complementary nascent RNA strand already bound to a promoter sequence (see Figure 2). Several studies have suggested that the preferred promoter sequences revolve around the core promoter area of genes known as the TATA box, though others have shown that sequences outside of the TATA box, but still proximal to the promoter region, can also serve as target sites.16

The annealing of the RNA/Ago2 complex has been proposed to epigenetically stimulate gene expression with the recruitment of various chromatin remodeling factors (see Figure 3), though much of the process is still unknown and requires further research. The epigenetic component of the RNAa process likely accounts for the delayed onset and prolonged gene expression, and appears to be specific to the target genes, as research groups have implicated histone acetylation levels for increased gene expression for some genes, and histone methylation for others.17, 18

A recent report has proposed that once in the nucleus and bound to a particular promoter site, RNA/Ago2 catalyzes the assembly of a RNA-induced transcriptional activation (RITA) complex consisting of at least RNA/Ago2, RNA Helicase A, CTR9 and RNA polymerase II.19 These findings suggest that once fully delineated, the mechanism of RNAa is likely to be highly complex.

An example of a naturally occurring miRNA that behaves like a saRNA is miR-373, which has been shown to augment the expression of multiple genes through its interaction with complementary sequences within promoter regions.20 This miRNA has been demonstrated to stimulate the expression of both E-cadherin as well as cold-shock domain-containing protein C2 (CSDC2). Additional examples of miRNAs exhibiting RNAa-like behavior include: let-7i, miR-10a, miR-92a, miR-122, miR-138, miR-181d, and miR-369-3p.14, 16, 21, 22 Several miRNAs beyond the aforementioned group have been predicted to interact with promoter sequences, including but not limited to: miR-34b, miR-191, miR-320a, miR-484, miR-548c-5p, miR-574-5p and miR-611.14

Perhaps the most frequently described example of a host miRNA exhibiting RNAa is in the case of miR-122, a natural endogenous human miRNA that is predominantly expressed in the liver.21 In addition to interacting with host genomic DNA to affect endogenous gene expression, this host miRNA plays a critical role in the pathogenesis of a significant viral pathogen of humans: hepatitis C virus (HCV).

HCV is a positive-sense single-stranded RNA (+ssRNA) virus, and the genomes of +ssRNA viruses mimic the organization of host mRNA molecules with a coding sequence flanked by non-coding RNA sequences at the 5' and 3' end of the molecule. Serendipitously, some +ssRNA viruses contain sequences that are identical to certain recognition sequences for host mRNAs that are miRNA-regulated. When these recognition sites happen to be localized in the 3' end of the virus genome, miRNAs can down-regulate the expression of the viral genes encoded in the transcript, much like how miRNAs can modulate the expression of host mRNA molecules containing recognition sequences in the 3' end.

The first instance described where a host miRNA annealed to a sequence in the 5' end of a +ssRNA virus genome was in the instance of HCV and miR-122, and this interaction followed the RNAa model, where the expression of the HCV genes was augmented by miR-122 interaction (see Figure 2). As such, several research groups designed antagomiRs against miR-122 as possible anti-viral therapeutic against HCV. Indeed, the clinical results to date have been quite promising, and a drug known as Miravirsen has been positively proceeding through human clinical trials.23, 24

With respect to skin applications, an increase in the expression of p21 tumor suppressor protein would be advantageous for skin diseases such as melanoma. Independent studies have already demonstrated the utility of an RNAa-based induction of p21 expression to block proliferation in lung and bladder cancer.25–27 The design and production of either saRNAs/agRNAs or siRNAs/miRNAs capable of stimulating the expression of advantageous genes, coupled with their complexation in a suitable delivery vehicle, would allow for the improvement of skin health, such as through increased production of E-cadherin, a protein known to assist in the stabilization of epidermal homeostasis, stimulated via augmented levels of miR-373.

Furthermore, the epigenetic modifications that have been implicated in the mechanism of RNAa can synchronize with current efforts in skin care to manipulate the epigenetic state of a skin cells through the induction and repression of enzymes such as histone deacetylases (HDACs) and histone acetyl transferases (HATs). This would trigger changes in the post-translational modifications of certain target proteins including histones (see Figure 3). Thus, evolving research into RNAa implicates several different therapeutic skin care applications.

RNAs are becoming the key to unlocking new classes of nucleic acid-based treatments for the skin.

With the discovery of RNAa, another avenue of nucleic acid-based therapies for skin diseases and disorders has begun to be paved. Not only will skin conditions be treated through the suppression of toxic proteins through RNAi, but also by the augmented expression of beneficial proteins via RNAa. For example, the design and implementation of an saRNA that targets the promoter sequence of the tyrosinase gene for increased expression could be used as a tanning agent. Another example is collagen, a protein that diminishes with age and contributes to the maintenance of taut, healthy skin; an saRNA directed to the collagen promoter intended for augmented gene expression would have definite cosmetic applications.

Moreover, RNAa exhibits extremely potent and long-lasting effects, likely due to its induction of epigenetic modifications of targeted genes. Once the specific epigenetic modifications have been elucidated and the mechanisms by which RNAa stimulates them, additional routes of treatment for skin conditions will likely be developed. In conclusion, the “yin and yang” of small non-coding RNAs are becoming the key to unlocking new classes of nucleic acid-based treatments for the skin.