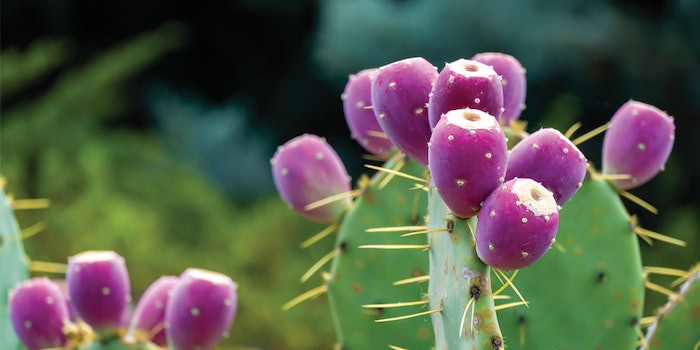 A cactus is certainly not the first botanical you might imagine for skin benefits. But as survivalists have taught us, beneath its spiny, prickly exterior lies a rich source of water, vitamins and other nutrients that ensure the plant’s survival. So really, skin care could take a page from prickly pear’s book in terms of defending and maintaining human skin.

Opuntia, often referred to as prickly pear, is a genus of flowering plants in the cactus family Cactaceae.1 It is one of the most commonly sourced cactuses for skin care. Many parts of the plant are used, including the flowers, seeds, stem, etc. As such, the plant is often referred to by the part being used; for example, tuna (fruit) or sabr/sabra (Arabic/Hebrew name for the fruit),2 and nopal (paddle; plural nopales) or paddle cactus, among others.

Indeed, the Indian fig opuntia, Opuntia ficus-indica, bears large yellow flowers, maturing into white, yellow or reddish purple fruits. The plant is widely grown for its fruits as well as edible paddles, and as a forage crop. The hard seeds are used to produce an oil, and due to their high water content, the stems, especially of spineless varieties, are sourced as emergency stock feed during drought. Some prickly pear species are also cultivated as ornamentals for their large flowers.3

According to Wikipedia, the genus Opuntia is named for the Ancient Greek city of Opus, where the plant was discovered growing; other sources cite is origins elsewhere (described next). The plant was found to be edible and could be propagated by rooting its leaves; the most common culinary species today is the Indian fig opuntia (O. ficus-indica).1 Notably, there is considerable variation of taxonomy within Opuntia species.

Contrary to its Greek name, the prickly pear cactus is reported by several sources to be native to the Western Hemisphere.3 One reference specifies4 the prickly pear genus as originating in South America, from which the seeds, carried in the guts of animals, were transported to North America when a land bridge formed between the continents nearly three million years ago. Another source indicates that Opuntia species hybridize easily and points to the wild origin of O. ficus-indica as more likely being Mexico, due to the fact that its close genetic relatives are found in central Mexico.1

According to WebMD,5 the cactus is a staple in many Latin American cultures. As noted, two parts are typically eaten: the fruit and the flat pad (nopales). Cactuses are known for their nutrients—including vitamins C, E and A, iron, calcium, potassium, manganese, copper and omega-3—which are said to help reduce inflammation in the body, as well as medicinal properties. 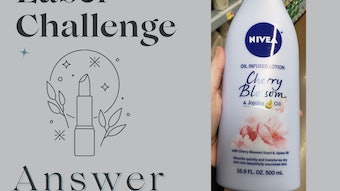 This week's Label Challenge answer is a body lotion that can also be used for hands and feet. Infused with jojoba oil, this product offers radiant, 24-hour moisturization.
Oct 28th, 2022 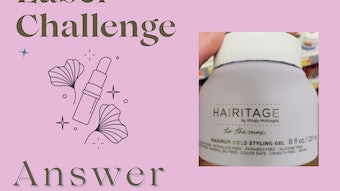 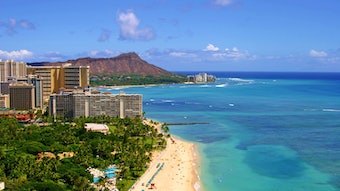 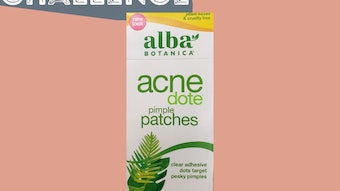 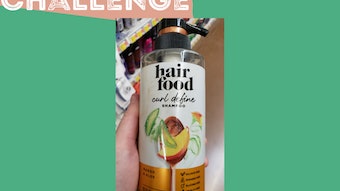 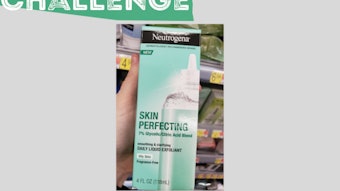 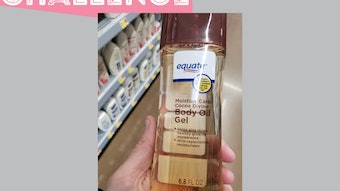 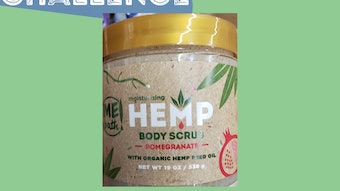