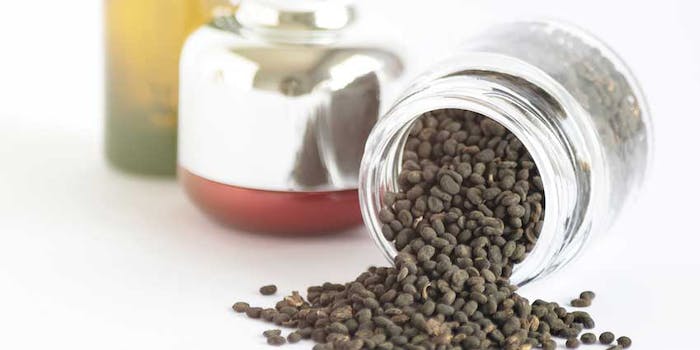 Burt’s Bees is known for its natural roots. In recent years, the company has set out to prove naturals are at least as effective, if not more than, synthetics. Lately, work showing naturals may be preferred for compromised skin has received much attention.

In this interview with Hemali Gunt (HG), Ph.D., head of clinical and scientific affairs for the company, she reveals findings on the anti-aging front—bakuchiol as a safer and equally effective alternative to retinoic acid.

Cosmetics & Toiletries (C&T): What was the driver for your anti-aging study? 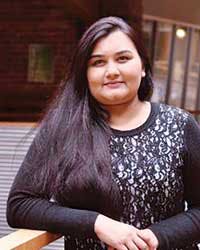 HG: Recently, we have focused on skin conditions, whether it’s eczema, atopic dermatitis or rosacea, but at the same time, we also know we cannot escape aging. We are part of the environment, and extrinsic and intrinsic aging are part of our lives. So, as much as we [as a society] don’t want to talk about aging, there are things that we need to do to take care of our skin.

We at Burt’s Bees R&D are constantly researching new ingredients and technologies to better correct skin problems. We have been looking for anti-aging actives for at least the last five to seven years, and bakuchiol emerged with the trend coming from Asia; in Asian culture, bakuchiol has been used for over 100 years to treat skin conditions (and more). So, it’s not really a new or novel ingredient, but it’s been researched more now, and is talked about more now—and there’s data to support its activity.

C&T: Describe the initial in vitro study in brief.

HG: The study we conducted was to really understand the [activity] of this ingredient. Bakuchiol comes from a plant known as Psoralea corylifolia and it’s being touted as a natural alternate to retinol. We looked at the efficacy of bakuchiol in the in vitro model we presented at the dermatological symposium.

We conducted the study in two different ways. One was ... the aged dermofibroblast model, and what we did is take these cells and seed them into the well plate with the culture media for 24 hr. Then we replaced the media and in addition to that, we added the test product or active ingredient (so in this case, the bakuchiol) and incubated the cells for 72 hr. We did not observe any toxicity, which is really great news and [a #1 priority].

Then, in doing the ELISA assays, we observed a significant, concentration-dependent effect in stimulating procollagen-1. This essentially indicated the ingredient helps in collagen synthesis. This was in the cell culture model.

C&T: How were in vivo effects confirmed?

HG: We took it to the next step, where we studied [the ingredient's effects] in full thickness epiderm, which is the tissue culture model. This tissue culture, as you are probably aware, contains normal epidermal keratinocytes and dermofibroblasts; it also has a fully differentiated epidermis and dermis. ...

We exposed the tissue to UV radiation to…cause photodamage, since [the ingredient's reparative effects are what we were measuring], and we treated these tissues with the test product, which was a finished product containing 0.5% bakuchiol. There also was a saline control, and we used 0.05% retinoic acid as a positive control.

Treatment of the tissue model with the test product containing 0.5% bakuchiol provided very similar effects to treatment with 0.05% retinoic acid.

After [exposure], the tissue culture media was collected and we measured type-I collagen  peptide and anti-elastin [effects] after incubation by ELISA assay, and both findings were that treatment of the tissue with the test product [containing] 0.5% bakuchiol [provided] very similar effects to treatment with the 0.05% retinoic acid. So the active ingredient was really helping to boost collagen and [support the] dermal matrix as a result of the anti-aging active.

C&T: What were your findings?

HG: Bakuchiol being non-irritating, as opposed to retinoic acid (which can cause irritation), is really the differentiating factor and what’s cause for excitement with this study. We have looked in vivo at the efficacy and there was no release of the interleukin-1 alpha anti-inflammatory mediator, which initiates the release of cytokines, with the bakuchiol.

We also are conducting clinical studies on a new product line with well over 250-280 female volunteers, if I’m not mistaken, who have not observed any irritation or side effects [such as] stinging, burning, tingling … and the biggest differentiating point is the volunteers used it morning and night.

With retinol, you have to titrate it and use it maybe once or twice a week to get used to it slowly. Retinol is also known to be photo-sensitizing, as …many photochemical studies have shown…but this does not [appear to] happen with bakuchiol. What's more exciting, there has been published work showing that bakuchiol can also stabilize retinol; ... this was shown in vitro.

C&T: Does bakuchiol work via a similar pathway to retinol?

HG: If you look at bakuchiol biochemically, and the structure of it, even though it’s working on similar models in gene expression studies as retinol, one important difference is that bakuchiol is also a really strong antioxidant. It’s [something like] 600 times more potent than vitamin C (per the literature).

Bakuchiol is a botanical, and plants inherently have multiple and different activities going on, so even though it is able to do similar things to retinol and retinoids, as far as anti-aging effects, it also has antioxidant effects. So, in addition to the anti-inflammatory effects, antioxidant effects and antiaging effects, the molecule is inherently stable … and not just photostable. We have not seen any issues in formulas with it. No change in color, odor or acidity.

C&T: What are the next steps in your work?

HG: As you know, R&D work is never over. And aging is such a broad category; it is so complex. So even though we are just looking at cosmetic benefits for aging in skin, ... the aging-skin population is experiencing so many other things concurrently with aging. So, for example, we are looking at the efficacy and safety [of the ingredient] in the lip segment, and there have been some exciting new [discoveries]—we will be there at the AAD meeting in March, so you will be seeing them soon.