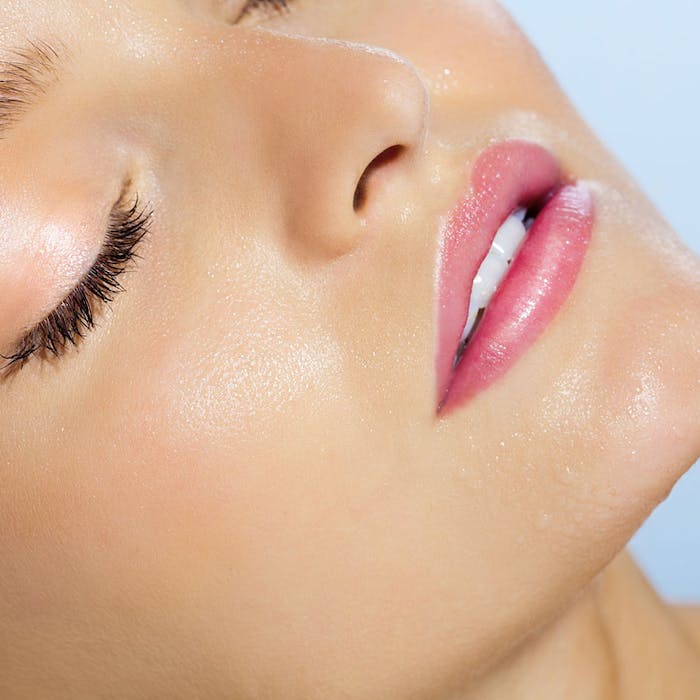 According to AmorePacific inventors, in the keratinocytes of a healthy person, natural moisturizing factors (NMFs) such as amino acids are present in high concentrations and help retain water. In relation, it recently was found that this water-holding capacity can be retained when keratinocytes in the stratum basale are normally differentiated into the keratinocytes of the outermost stratum corneum.

As a person becomes older, however, the skin becomes drier due to increased cell turnover time, decreased lipid synthesis and decreased levels of moisturizing factors. In response, humectants that absorb water or occlusive moisturizers that prevent water loss have been employed; with drawbacks.

For example, humectants including glycerin, propylene glycol, 1,3-butylene glycol, polyethylene glycol, sorbitol, sodium 2-pyrrolidone-5-carboxylate, etc., can feel sticky upon application. And occlusive moisturizers, lipids such as ceramide, essential fatty acids and lipid complexes are difficult to maintain stably in emulsions, or to use in transparent gel preparations.

Few studies have reported on moisturizers acting effectively as both humectants and occlusive moisturizers. However, hydrogel core vesicles, also known as lipobeads, are one exception. Within these entities, the surface of cross-linked hydrogel particles is surrounded by a lipid bilayer. They, too, have drawback: the two main production processes are complicated and inapplicable to mass production. A new AmorePacific patent addresses all these issues.

Described in this patent are hydrogel particles coated with lipid that are made by dispersing hydrogel particles in an organic solvent into which lipids are dissolved. Unlike existing methods for manufacturing hydrogel core vesicles, the current process is reportedly efficient and based on emulsification without the steps of chemically treating the surface of hydrogels or dilution. This, in turn, facilitates mass production and prevents loss of active/drug encapsulation efficiency.

Based on this process, also disclosed is the development of a keratinocyte mimetic containing natural moisturizing factors that can contain a large quantity of bound water for long durations, thereby exhibiting superior capability to retain moisture and moisturize, and providing a composition for an ingredient in cosmetics for moisturizing.

Hydration is one of the most basic skin care benefits, according to Hemali Gunt, Ph.D., of Burt's Bees, in this interview. Here, she describes research on three naturals, which are shown to provide both hydration and barrier protection. Listen now; it's free.
Jul 14th, 2021