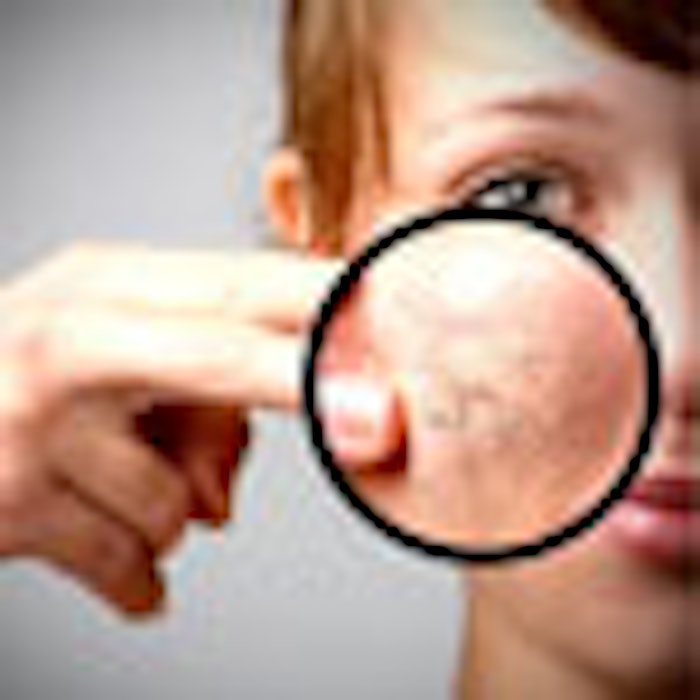 Researchers at Karolinska Institutet in Sweden have succeeded in describing the structure and function of the stratum corneum at a molecular level. According to the research team, this provides the opportunity not only for the large-scale delivery of actives such as drugs via the skin, but also for a deeper understanding of skin diseases. Their research was published online in the April 26, 2012, edition of the Journal of Investigative Dermatology.

According to the report, the molecular organization of the skin's lipid matrix was determined in situ in its near-native state using a methodological approach combining very high magnification cryo-electron microscopy (EM) of vitreous skin section defocus series, molecular modeling, and EM simulation. Findings indicate that lipids are organized in an arrangement not previously described in a biological system—i.e., stacked bilayers of fully extended ceramides (CERs) with cholesterol molecules associated with the CER sphingoid moiety.

The authors expanded that this particular arrangement rationalizes the skin's low permeability toward water and toward hydrophilic and lipophilic substances, as well as the skin barrier's robustness toward hydration and dehydration, environmental temperature and pressure changes, stretching, compression, bending, and shearing.

"You could say that we've solved the puzzle of the skin barrier, something that has great potential significance for dermatology," said principal investigator Lars Norlén, associate professor at Karolinska Institutet's Dermatology and Venereology Unit, in a press announcement. This will hopefully enable the widespread administration of materials though the skin, which brings advantages such as controlled release.

The molecular description of the lipid matrix presented by the authors may constitute a molecular platform for various research goals, in particular for in silico approaches such as molecular simulations, as well as for in vitro modeling, to underpin interactions of the lipid matrix with drugs and other chemicals.

According to the article, it is foreseeable that this knowledge of the lipid organization will now enable in silico screening to identify molecules for enhancing skin penetration for drug delivery and to find “tightening” or “repair” molecules for the stratum corneum lipid matrix. This of course bodes well for anti-aging, delivery and skin repair topical products. Further, it may constitute a reference for engineering artificial skin for the treatment of wounds and burn injuries.