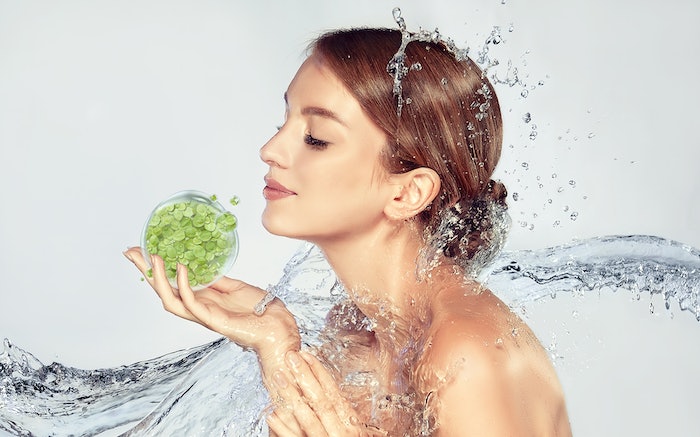 With the hygroscopic capacity of APG, Silab's Apioskin has an intrinsic ability to take up and retain water in the skin.
Image source: Silab

Using an approach combining molecular modeling and Raman microspectroscopy, Silab has shown the high hygroscopic capacity of APG, which gives Apioskin its intrinsic ability to take up and retain water in the skin. Beyond these properties, Apioskin reportedly activates the biological levers of cutaneous hydration, such as aquaporins, osmolyte transporter and the natural moisturizing factor.

Tested in vivo at 3% in Caucasian and Asian volunteers, Apioskin provided long-lasting hydration to dehydrated skin,  superficially and in-depth from the stratum corneum to the upper dermis. According to the company, after 21 days of application, the ingredient enhanced skin properties: dehydration lines were smoothed, facial volumes were redefined and complexion radiance was revived. It was also reported that 100% of the Caucasian volunteers observed their skin to be more hydrated, softer, more comfortable and more luminous.

Among the different species of giant duckweed, Spirodela polyrhiza stands out by its plant cell wall that is rich in APG. Also, its pectin gives the capacity to bind water, the company explained. This aquatic plant has been used in traditional Chinese medicine for benefits on the metabolism of water.

The giant duckweed is obtained from a traceable and secure supply, in line with the company's practices. The species Spirodela polyrhiza was authenticated using the molecular barcoding technique. In addition, enzymatic hydrolysis has led to a purified fraction of the active, enriched to more than 50% in APG.

Available in an aqueous solution, Apioskin is a patented active ingredient recommended in all plumping skin care products at a dose of 0.5-3.0%.

The active complies with biodiversity regulations and has a natural origin content of 99.2% (ISO 16128). It also complies with international cosmetic regulations in Europe, the United States, China, Japan, etc.