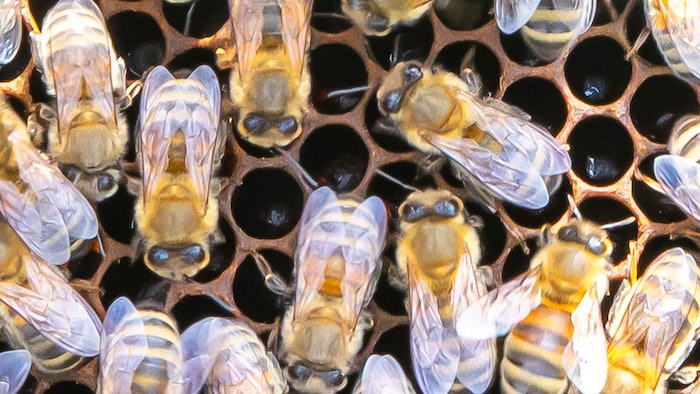 Silab is collaborating with Bee0diversity to use pollen collected by bees to identify under-represented species and track local plant biodiversity.

Silab announced plans for a conservation project that tracks local plant biodiversity and identifies surrounding plant species by using pollen collected by bees. BeeOdiversity is collaborating with Silab on the scientific dimension of the project.

Two beehives have been installed on-site that will be managed by a local beekeeper. The two bee colonies will gather pollen from about 8 billion flowers per year, according to the company. Pollen will be collected between April and October, which is considered beekeeping season.

Pierre Forman, environment manager at Silab, said, “This novel approach will allow us to identify under-represented species and implement relevant and targeted actions that will have a positive impact on all ecosystems.”

Paul Eguia, sustainable sourcing strategy manager at Silab, said, “The fundamental role of pollinators in ecosystems is well-known. However, it is the scientific dimension of the project presented by BeeOdiversity, i.e., to make a precise inventory of the plant biodiversity of the site as well as the territory, that particularly appealed to us.”