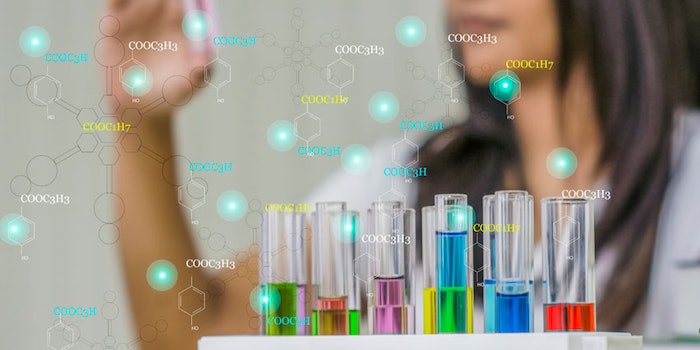 To our audience, I'm stating the obvious but it must be said: counter to what some consumers and activists think, the cosmetics industry is not pro-animal testing; it is pro-consumer safety. So as new methods are validated to accurately measure product safety, animal models can be phased out; then everyone wins.

In fact, a wave of worldwide efforts—from outright bans, to investments in animal alternative research—has emerged to ensure we're all moving in the right direction. According to an article by Chemical Watch, in 2018, Animal Defenders International reported that approximately 40 countries globally had bans in place; this number will continue to grow.

In 1998, the U.K. first introduced legislation prohibiting animal testing for cosmetics. Then, in the broader context of Europe, on March 11, 2009, two bans entered into force concerning products sold in the European Union for which animal tests had been employed. According to then-Colipa (now Cosmetics Europe), both bans were initiated in 2003 under the context of the Cosmetics Directive (76/768/ECC).

The first ban concerned testing on animals to assess the safety of ingredients; the second prohibited the sale of cosmetic products tested on animals. This dual ban was progressively installed until it went into full force in March 2013. It was reportedly designed take into account scientific progress made toward complex safety tests for which alternative methods did not yet exist; note that for some test,s no alternatives yet exist.

India put a stop to animal testing for cosmetics in 2013, according to a report in The Hindu. The decision was made at a meeting of the Bureau of Indian Standards (BIS) Cosmetics Sectional Committee, chaired by the Drugs Controller General of India, and aligns with the European Union's stand.

Per this mandate, any manufacturer of a cosmetic product upon which animal testing has been carried out will face action as per provisions of the Drugs and Cosmetics Act and the Animal Cruelty Act; i.e., any person or corporate manager or owner is liable for punishment for a term which may extend from 3-10 years and may also be liable to fines.

Halal cosmetics have gained immense popularity worldwide owing to the assurance of their high-quality and cruelty-free status.

On a related note, research firm IMARC Group reported the global halal cosmetics market reached a value of $66 billion in 2018, and will expand at a CAGR of 5.8% during 2018-2023 to a value of $89 billion by 2023. Halal cosmetics must be manufactured in compliance with the Islamic Shariah law, which ensures products are not tested on animals, among other production rules. The firm also notes halal cosmetics have gained immense popularity worldwide owing to the assurance of their high-quality and cruelty-free status.

In 2018, the Canadian Parliament also passed the Cruelty-free Cosmetics Act, also known as Senate Bill S-214. This enactment amended the Food and Drugs Act to prohibit cosmetic animal testing and the sale of cosmetics developed or manufactured using cosmetic animal testing. It also provided that no evidence derived from animal testing could be used to establish the safety of a cosmetic.

In 2017, six bills were introduced as the collective Australian Industrial Chemicals Reform, which, among other things, proposes a ban on the use of new animal test data for ingredients used solely in cosmetics. The ban will become effective as of July 1, 2020, as the bills were just approved by both the House and Senate on March 12, 2019.

In 2018, according to a report by Chemical Watch, Colombia initiated a bill to end animal testing for the development of cosmetics, cleaning products and "absorbents" used in diapers and tampons. House Representative Juan Carlos Losada introduced the proposed legislation on August 29, 2018; if accepted, it would go into effect in August 2019. No apparent updates have yet been given regarding this bill.

Chile is considering Bill 10514-11 as well, introduced in 2016 by the bipartisan group Parlamentarios por la Dignidad Animal en Chile (Parliamentarians for Animal Dignity in Chile). This bill would prohibit the use of animals to test cosmetic products and ingredients; again no apparent has yet been provided regarding this bill.

China has been a sticking point in the animal-alternative test discussion, mainly due to a tight grip on the country's historic requirement for animal tests to prove product safety. In fact, as previously reported, many foreign companies have been hesitant to enter the market due to the perceived risk of post-market animal testing.

However, Cruelty-free International announced on June 22, 2018, a "ground-breaking pilot scheme that could pave the way for Leaping Bunny-certified cosmetics companies to sell in China." This opened the door for a discussion to potentially ease animal test requirements for cosmetics sold there.

"At the moment, this is nothing to celebrate," Ben Teoh, R&D Group Director, Ante Cosmetic, explained to Cosmetics & Toiletries. "Gansu is city is not a first-tier city like Beijing, Shanghai, Shenzhen or Guangzhou. In reality, the authorities cannot represent for the whole of China.

'These are viewed as the first small steps for the Chinese Government to monitor any adverse effects [from cosmetics tested using] nonanimal alternatives.'

"[I understand] that Fengxian District, Shanghai City, has started to [offer] options for imported finished goods that are not animal-tested. However, there is a need to provide post-market surveillance data, especially on volume of sales versus Undesirable Effect/Serious Undesirable Effect Reporting. There are also instances to provide alternative-animal test data to support importation.

"Given the above, the allowed volume imported is based on small volumes, mainly from Internet sales channels. These are, however, viewed as the first small steps for the Chinese Government to monitor any adverse effects [from cosmetics tested using] non-animal alternatives. And please keep in mind that these only apply to 'normal' cosmetics."

Similar to China, the U.S. has long required testing to prove the safety of cosmetics and cosmetic ingredients; in some cases, this has meant the use of animal models. While the country does not yet ban animal testing for cosmetics, in the year 2000, the Interagency Coordinating Committee on the Validation of Alternative Methods (ICCVAM) was established to move toward the development of alternative test methods and reduce animal use.

Independently, in September 2018, the U.S. state of California took the matter into its own legislative hands and passed Senate Bill 1249, the Cruelty-free Cosmetics Act. According to a report by The Hill, the bill was passed after its scope was narrowed to include only products in which animal testing is a direct part of the supply chain. It also allows for exceptions for products that must comply with U.​S. Food and Drug Administ­ration (FDA) requirements or other foreign agencies.

'Modern testing alternatives are less expensive, faster and more predictive of human reactions than past practices.'

Additional states having introduced legislation to ban animal testing for cosmetics include New York, Hawaii, New Jersey and Virginia—and Illinois could be next. According to a report by Illinois State Democrats, on March 14, 2019, a measure regarding animal welfare was introduced by State Senator Linda Holmes (D-Aurora). Senate Bill 241 amends the Food, Drug and Cosmetic Act to prohibit the importation or sale of cosmetic products or ingredients that use animal testing after Jan. 1, 2020.

The report explains, "Modern testing alternatives are less expensive, faster and more predictive of human reactions than past practices of painful tests on animals to assess the safety of chemicals used in cosmetics."

Holmes adds, “Alternative testing methods make sense: they are good for business, safe for consumers, and certainly move us forward to a humane approach by eliminating the cruel practices of the last 50 years. ... Consumers are increasingly looking for ‘not tested on animals’ labels on cosmetics packaging and that reflects greater awareness and concern.”

As such, worldwide research and development efforts will continue toward the creation and validation of models that can legitimately test the safety of cosmetics without the need for living animal organisms.