Words from Wiechers: In the Land of the Blind, the One-eyed Man is King

Editor's note: The "Words from Wiechers" series considers the lessons our industry can learn from the late Johann Wiechers, Ph.D. He was an adviser, colleague and leader in the industry until his passing in 2011. Presenting Wiechers's insights is Tony O'Lenick.

In Chapter 48 of his book, Memories of a Cosmetically Disturbed Mind, Wiechers states, 'Regulatory bodies claim that everything should be tested against a placebo, but they should also learn to see that there is a difference between fundamental science and applied science.' He goes on to discuss when to perform double- and single-blinded studies.

"Double-blind studies are studies in which both the subject participating in the trial and the investigator judging the outcome don’t know whether or not the subject received an active formulation or a placebo," he writes. "So both the subject and the investigator don’t know whether the treatment should have any effect, taking away any form of bias. When one is trying to obtain an objective result on the effectiveness of an active in a formulation, this is the preferred study design in clinical trials. The essential words in the sentence above are the effectiveness of an active in a formulation.

"This means that most clinical studies performed by suppliers of active ingredients will be performed double-blind, as they often want to show the effectiveness of an active in a formulation. Assuming the active is active, the supplier will supply the active to a manufacturer of cosmetic products.

"Now the situation changes. The end manufacturer is not interested in showing the effectiveness of the active in its formulation, but will, on average, be interested in the effectiveness of the formulation! What is the difference, you may ask? The supplier tries to get an answer on the question of whether an active is active; the end manufacturer tries to get an answer on the question whether its formulation is active. And that changes the clinical trial design fundamentally. Now a single-blind study is required.

"A scientist would like to know what the effect is and why and how it comes about. A consumer wants a product to do what it is supposed to do. S/he wants a car to drive, a CD to function his/her computer or stereo, and a moisturizing cream to moisturize. Leaving personal interests of the individual consumer aside, s/he doesn’t care about the details of fuel combustion, the width of a laser beam or the stabilization of the orthorhombic phase of skin lipids. In such cases, a single-blind trial should be used because the subject in such a trial will always know whether s/he applied a product or not, or in case the subject serves as his/her own control, on which side of his/her body a product was applied.

"[This is] wrong, according to the regulatory bodies. Everything needs to be tested in a double-blind trial. Because otherwise, we will have the so-called Clever Hans effect. Who is Clever Hans, you may ask? Clever Hans was a horse that was claimed to have been able to perform arithmetic and other intellectual tasks.

It would be wonderful if there was a double-blind test with a verified placebo formulation to test cosmetic claims but appearances are deceiving and more subjective that drug active testing.

"After formal investigation in 1907, psychologist Oskar Pfungst demonstrated that the horse was not actually performing these mental tasks, but was watching the reaction of his human observers. Pfungst discovered this artifact in the research methodology, wherein the horse was responding directly to involuntary cues in the body language of his human trainer, who had the ability to solve each problem. The trainer was entirely unaware that he was providing such cues. In honor of Pfungst’s study, the anomalous artifact has since been referred to as the Clever Hans effect and has continued to be important knowledge in the observer-expectancy effect and later studies in animal cognition.

"Can this happen in a single-blind clinical study? Of course it can but with the horse Hans, it took years of practice. Years of social interaction to learn to read the signals from the trainer. And that was a clever Hans. It took humans centuries to discover the effect, admittedly because it is subtle. But to address the question whether the Clever Hans effect happens in a single-blind clinical study, we have to realize that the reality of a clinical study is different.

"I’ve monitored many of these trials. For the investigator who does not even know the subject, that volunteer is nothing more than another test tube, something to measure a reaction on. There is no social interaction between the subject and the investigator. The professional evaluator is behaving as a professional and does not speak to the subject, hardly acknowledges his or her presence. Social interaction is necessary for the Clever Hans effect to occur, and that is lacking in clinical trials.

Johann, the professionally trained pharmacist is looking for a world in which the cosmetic and the drug are treated in the same manner. Whilst that is a laudable goal, it is also quite true we are attempting to evaluate different effects and need to do so in different ways. Drugs, fundamentally, are used to cure, detect or diagnose disease. This means firstly they need to provide a very specific, measurable and quantifiable value. Is the disease treated or not? Is the disease cured or not?

These are claims made about drug actives (actives that do what drugs do; diagnose, treat or cure disease). Cosmetic products contain cosmetic actives. They, unlike drugs, merely alter the appearance. They are very different. If one tests an anti-aging formulation, the final and most important test is done in a salon. The consumer decides. The consumer then gets a choice to buy or not. Drugs generally are prescribed and not open the same level of consumer choice.

It would be wonderful if there was a double-blind test with a verified placebo formulation to test cosmetic claims but appearances are deceiving and more subjective that drug active testing. Until such a test is developed, we best leave the consumer to decide.

Modified from a piece previously published in Cosmetics & Toiletries. 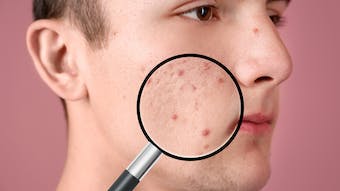