Hidden Hair Damage and the Importance of Multiple Tests 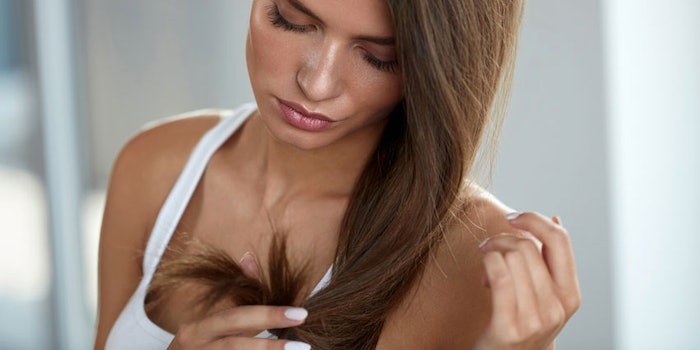 *A portion of the information presented here is from research the author conducted while working for DWI-Leibniz Institute for Interactive Materials, Aachen, Germany.

To test a certain property in a hair sample, scientists subject a portion of that sample to a given insult to assess before and after effects, then compare results. In doing so, they assume the hair is “undamaged” before treatment, and that the relative amplitude of the change in the specified property precisely reflects the damage caused by the treatment. Put another way, it is assumed the hair sample has no history. Furthermore, although there is a common notion of what healthy hair is, there is not a clear, objective definition for it that allows one to debate, by contrast, what damaged hair is.

This essay reviews the structure of hair and introduces the concept of hidden hair damage, which at first is either not immediately detectable or occurs at unchanging and minimal levels, but then unfolds and amplifies the effects of a subsequent damaging operation. As a consequence, the same treatment may lead to different end results depending on whether the reference, i.e., “un-damaged” hair, holds such hidden damage. This concept of hidden damage underlines the importance of using more than one test method for understanding and evaluating the degree of damage in hair.

A hair fiber is a multicellular tissue consisting of several components. Morphologically, it is a composite material organized with: a cuticle ring at its outermost level; an inner cortex, wherein filaments are woven through clusters of cortical cells comprised of macrofibrils, and even further comprised of microfibrils built on intermediate filament keratin proteins (IFKP) and intermediate filament associated proteins (IFAP);1 and finally, a medulla at its core (see Figure 1).

Chemically, hair is made of hard alpha-keratin, a fibrous protein that contains a large amount of cystine—approximately 21% mol, as calculated from the sulfur content of gamma-keratose of human hair.2 This particular amino acid is capable of establishing disulfide bonds and is responsible for the high degree of cross-linking in the fiber, laying the groundwork for most of hair’s physical and chemical properties. These disulfide bonds differ from other types of interactions within folded proteins, such as hydrogen bonds, and electrostatic and van der Waals interactions, in that they are covalent and their stability is almost entirely dependent upon their environment.3

The classes of possible disulfide linkages in alpha-keratins, based on structural features, are given in the literature.4 While IFAP-IFAP, IF-IF and IF-IFAP disulfide linkages are highly probable, intra-coil disulfide bridges, i.e., within a single alpha-helix, can be excluded from hair or any other protein, as this would negate the alpha-helix arrangement. Also, intra-rope disulfide bonds, i.e., between two alpha-helices in the same rope, are unlikely to be present in hair due to sterical constraints. Overall, the disulfide bonds appear to contribute to the structure of what is termed, in the three-phase model of keratin fibers, as matrix and interface regions.5

Disulfide or “SS” bonds are not the only type helping to bind proteins in hair. Salt bridges, which are ionic bonds, and hydrogen bonds also contribute to hair fiber strength. Ionic bridges are difficult to quantify since they may occur between both charged amino acids—arginine and glutamine, for example—and between traces of metals and carboxyl residues. Thus, they are not included in evaluations of hair fiber mechanics. Ionic bonds aside, the overall estimation of bonds in hair amounts to:6 1H bond and 1/9 SS bond per 122 molecular weights of keratin. The energetic values required to break the two types of bonds are:

As discussed above, and elsewhere,7 to assess hair damage, one needs a reference; i.e., pristine hair. If pristine hair is treated and afterwards exhibits at least one property to a lesser degree than before, the treatment can be deemed as damaging to hair. Therefore, understanding hair damage includes two hurdles, namely identifying the property of interest to be measured, and procuring virgin hair. In most cases, hair fiber mechanics are measured, which are closer to what the consumer experiences, and therefore more relevant.

The state of scales on the hair fiber surface is also a common measurement. However, untreated hair is often assumed to be the reference, and as previously described, this can lead to various uncorrelated results due to the fact that the history of the reference hair is unknown—and plays a role in the values measured.

Hair mechanics have much to do with the bonds existing in the hair; i.e., with their forming and breaking. Disulfide bonds break and re-form under the effects of chemical and physical agents. As mentioned, the breaking of disulfide bonds decreases the mechanical behavior of the fiber. Thus, in a simplified view, the number of disulfide bonds broken translates to the level of damage produced by the agent.

Yet, hydrogen and ionic bonds are not just broken; they also are formed through cosmetic treatments. And since the total mechanical behavior of hair relies on the economy of all these bonds, the breaking of disulfide bonds may be compensated by forming new ones. Mechanical results may show improvements using such a dual approach. This concept can be expressed by the following statements:

Since changes in disulfide bonds significantly change hair mechanics, it conversely was of interest to determine whether changes in hair mechanics could reveal changes in disulfide bonds. Investigating the amino acid composition and mechanical properties, the author and co-researchers found that the wet measurements of single fiber stress-strains, which were used to suppress the contribution of H- and ionic bonds as much as possible, related well to the amount of cystine present in hair.

More specifically, the changes of Young’s modulus derived from wet measurements, i.e., the stress-strain of single fibers placed in water, correlated almost entirely with changes in the cystine content of the hair fiber. This result allows for the replacement of “hair mechanics,” in statement 1 above, with “Young’s modulus.”

Taking the above into consideration, a series of experiments was conducted to assess the impact of hidden hair damage on test results. In a first experiment, a group of standard brown Caucasian hair strands was bleached once with 6% H2O2 solution. Half of the fibers were then weathereda for 100 hr after bleaching, in this way adding a history of aging to the fibers that is not detectable visually.

Both groups of fibers were treated with the same 200°C straightener, then their stress-strains were measured at a relative humidity of 55%. The results are shown in Figure 2, together with those measured for initial fibers, in a plot of Young’s modulus versus plateau yield—to better demonstrate the output.

A second experiment relating to permanent waving was conducted. A sample of brown Caucasian hair was permed using commercial products up to seven times. Fiber samples were taken at the beginning, after three perms, and after seven perms, and their mechanical properties were measured. The results in terms of Young’s modulus are plotted in Figure 3.

However, the results change when mechanical measurements are performed under wet, i.e., 100% RH, conditions. Figure 4 shows the results recorded for Young’s modulus on the same fibers. These results clearly indicate the increased level of damage in hair permed seven times, compared with those permed only three times.

Consider both examples through the perspective of the two statements made above—i.e., that hair mechanics depend on the sum of bonds, and that only disulfide bonds can decrease during hair aging and treatments. Also consider that in water, or after a 200°C-treatment, the hydrogen and ionic bonds are largely suppressed, at which point the differences in hair samples become apparent. A few comments can be made.

First, changes in the results come from damaging the disulfide bonds during various treatments. Also, dry state mechanics are influenced by disulfide and all the other bonds; therefore, the loss of disulfide bridges is clearly evidenced by the measurement of hair mechanics in wet conditions, for the case of permed hair, or by applying the 200°C-treatment for the straightening of hair.

As a result of the described work, it appears it is of paramount importance for hair researchers to know the history of hair at the time of applying a treatment. The lack of such knowledge can create misleading results—and the only protection against such misinterpretation is to not trust the results of a single type of test. Thus, a stress-strain test in both dry and wet states could provide a rapid means to check that reliable information concerning the real status of the reference hair is produced. Therefore, adding tests will only increase the reliability of final conclusions.