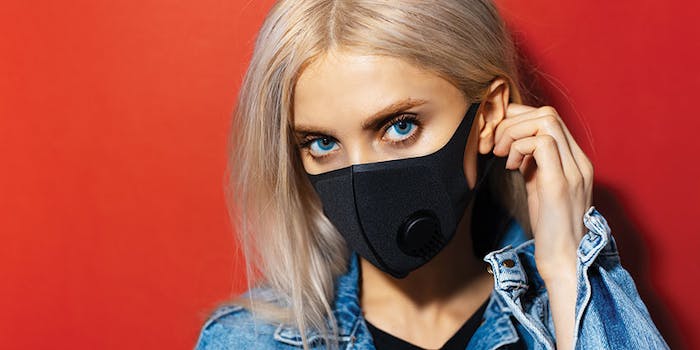 Skin is affected by external factors every day, including airborne allergens, dust, pollution and more recently, occlusion by facial coverings. These factors can hinder a healthy, flawless appearance—a trait that is important to both women and men worldwide—giving rise to excess sebum production, redness and acne or "maskne."

Being the first line of defense against potential pathogens, the skin acts as a physical barrier, with the majority of its work carried out by phagocytic cells and “natural killers,” as well as antimicrobial peptides that can neutralize pathogens in a non-specific manner. Antimicrobial peptides are small molecules (10 to 50 amino acids) that can destroy microorganisms such as bacteria, fungi and viruses by rendering their cell membrane permeable, which leads to cell death. Defensins are one class that has been studied most extensively and particular interest has been given to β-defensins in the skin. These natural antibiotics are rapidly synthesized by skin cells after the detection of an aggression.

There are four types of human β-defensin (hBD-1 to 4). While hBD-1 is constitutive, hBD-2, hBD-3 and hBD-4 are inducible types that can be stimulated. The induction of these defensins in the skin constitutes the front line of protection set up by the body to shield itself from any pathogenic agent it faces. Therefore, despite being consistently challenged by environmental microorganisms, human skin rarely exhibits any clinical signs of infection, reflecting its innate capacity to repel invasive agents.1 Even so, every effort should be made to support skin in its role as the body’s protective shield. This is especially true for acne-prone skin.

In the case of acne, the skin is colonized by a large number of pathogenic microorganisms that cause inflammation.2 In relation, increased sebum secretion is considered a major contributing factor to the pathophysiology of acne. Sebum, an oil-like substance that waterproofs and lubricates the skin, is produced in the sebaceous glands. An overproduction of sebum gives rise to enlarged pores, which become more susceptible to clogging and, in turn, act as a breeding ground for bacteria. This leads to inflammation and imperfections such as blemishes, red blotches and acne.

Two types of bacteria play a particularly important role in the development of acne and impurities. Cutibacterium acnes (C. acnes) is a common anaerobic commensal skin bacterium that secretes lipase, which metabolizes sebaceous triglycerides into free fatty acids (FFA) on the skin surface. This is a key virulence factor.3, 4 In addition, inflammation can further be accentuated by the presence of Staphylococcus aureus (S. aureus),5 a pathogenic bacterium that is responsible for the diffuse redness in acne-prone skin.

These species were the focus of the present work, which aimed to develop a natural ingredient capable of controlling sebum production, inhibiting microbial growth and activity, and reducing redness in acne-αfflicted skin. The authors looked to an ingredient blend based on Peumus boldus (boldo) extract for answers. As described here, they measured the effects of this ingredient on sebum production, S. aureus growth and C. acnes lipase activity in vitro, as well as skin redness in vivo.

A brown-orange, viscous liquid, Peumus boldus (boldo) extract is derived from the leaves of Peumus boldus (boldo) tree, which is native to Chile, growing on dry, sunny hills in the provinces of Valparaíso, Santiago and Concepcion. The tree’s leaves have long been used in folk medicine for the treatment of liver complaints, gastric disorders, rheumatism, dental pain and ear inflammations. What’s more, the plant is a good source of natural antioxidants primarily due to the presence of alkaloids and flavonoids within the leaves.6

A cosmetic ingredienta was developed based on this extract and initial research, described elsewhere,7 examined its ability to stimulate the defensin hBD-3, which exhibits broad-spectrum antibacterial activity. The studies demonstrated the blend at 2% stimulated the expression of hBD-3 mRNA—notably without stimulating inflammatory cytokines. More specifically, at 1% and 2%, the ingredient maintained cytokine levels at less than 70% and 80% for IL1-α and IL-8, respectively, while significantly inhibiting the secretion of Macrophage Inflammatory Protein-3-α (MIP3-α; data not shown).

These observations led to the present work to assess the boldo extract’s ability to help control opportunistic acneic microbiota, as well as aid in sebum regulation.

Synthesized in the sebaceous glands and excreted on the skin’s surface, sebum is a complex mixture of different lipids. High levels of skin lipids are generally associated with oily skin (seborrhea) and, consequently, with the development of skin blemishes such as acne. To investigate the boldo extract’s effect on the quantity of cellular lipid, a sebocyte/keratinocyte co-culture model was used to mimic the overproduction of sebum in vitro as observed in oily skin.

Normal human primary sebocytes were taken from the facial skin of a 29 year-old Black American while HaCat keratinocytes were seeded in Green’s medium and incubated for 5 days at 37°C with a CO2 content of 5%. The Green’s medium was replaced by a standard medium (DMEM) containing 1% human serum (HS) for cell treatment with or without the boldo extract at 0.5% and 1% for 4 days before analysis. The quantity of cellular lipids was determined using the reagent Nile red and a spectrofluorometer with emission fluorescence at 625 nm (excitation at 520 nm).

Figure 1a shows the production of sebum was increased by 122% when sebocytes were cultivated with keratinocytes in the presence of HS at 1%. With the boldo extract at 1%, sebum overproduction was significantly decreased by 71% in the co-culture (see Figure 1b; p < 0.05). These results confirmed the plant extract reduced sebum overproduction in the oily skin model.

To assess the effects of the boldo extract on bacteria growth, S. aureus (ATCC 35556) suspensions were prepared with optical density (OD) 600 nm at 0.05 in tryptone soya broth with and without (untreated control [UCSa]) 1% boldo extract. Before and after incubation for 1 day at 37°C in aerobic conditions, bacteria growth was measured by recording the OD at 600 nm (UCSa: n = 4; boldo extract: n = 6). As Figure 2 shows, the plant extract inhibited the growth of these pathogenic bacterium by a significant 50%.

As noted previously, lipase is a contributing factor to the acne. In fact, the amount of lipase secreted by C. acnes has been positively correlated with the severity of acneic lesions and the virulence of C. acnes biotypes.8 To analyze the ability of boldo extract to mitigate C. acnes lipase activity, researchers prepared C. acnes (ATCC 11828) at 10 million bacteria/mL in a tryptic soy broth medium with and without (untreated control) boldo extract at 0.5% and 1%. After incubation for 3 days at 37°C in anaerobia, bacteria growth was again measured by recording the optical density at 600 nm. 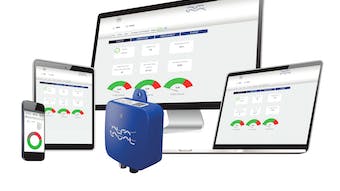 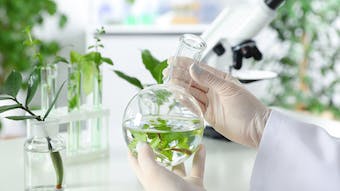 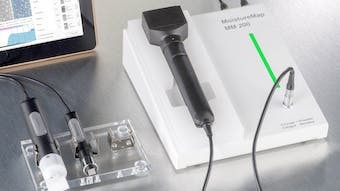