Will the U.S. Finally Ban Animal Testing for Cosmetics? 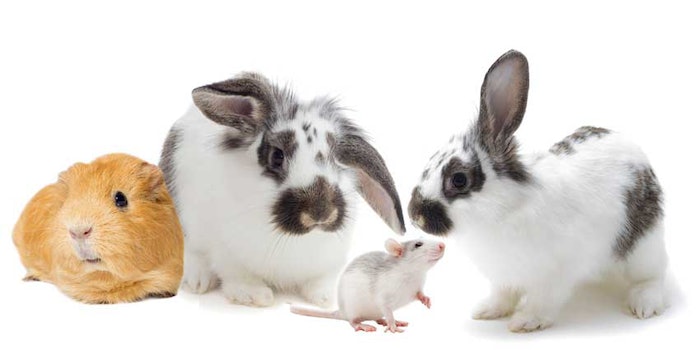 In yet another attempt to take a national step toward ending animal testing for cosmetics, the Humane Cosmetics Act was introduced to the U.S. Congress again—this time, with industry support.

In a newly issued statement, the Humane Society of the United States underlined the re-introduction of H.R. 2790, or the Humane Cosmetics Act, to the U.S. Congress. The bill would ban, with certain exceptions, the testing of animals for cosmetic products and ingredients in the United States and prohibit the import of cosmetics that have been tested on animals anywhere else in the world.

While the society noted that versions of the Humane Cosmetics Act had previously been introduced in Congress, they are "especially optimistic it will succeed this time because there is unprecedented support for passing it from the cosmetics industry itself."

Indeed, the Humane Society's Legislative Fund and Humane Society of the United States teams worked with the Personal Care Products Council to propose language for the new version of the bill in both its House and Senate versions.

The Personal Care Products Council appears optimistic as well, as it issued the following statement:

Today marks a historic moment with the introduction of the Humane Cosmetics Act in the Senate by Sens. Martha McSally, R-Ariz., Cory Booker, D-N.J., Rob Portman, R-Ohio and Sheldon Whitehouse, D-R.I. In the true spirit of collaboration, the Humane Society of the United States, Humane Society Legislative Fund and Personal Care Products Council encourage expeditious bipartisan passage of the legislation in this Congress.

Our precedent-setting support brings together the personal care products industry and animal advocacy community. We stand firm in our shared goal to eliminate new cosmetics animal testing and promote recognition, and acceptance of alternative approaches to cosmetics safety assessments.

We applaud these senators for driving this important bipartisan effort to introduce the Humane Cosmetics Act. This consensus among diverse stakeholders was essential, and enactment of this legislation is critically important to ensure a uniform standard for animal welfare, while continuing to support the development of safe and innovative cosmetics and personal care products.

We look forward to working with a bipartisan group of congressional leaders, and other key stakeholders, to help enact the Humane Cosmetics Act in this Congress.

While a limited number of individual states have already banned animal testing for cosmetics, this step would implement a nationwide law, aligning U.S. regulations with others worldwide. Stay tuned as we follow developments in this story.