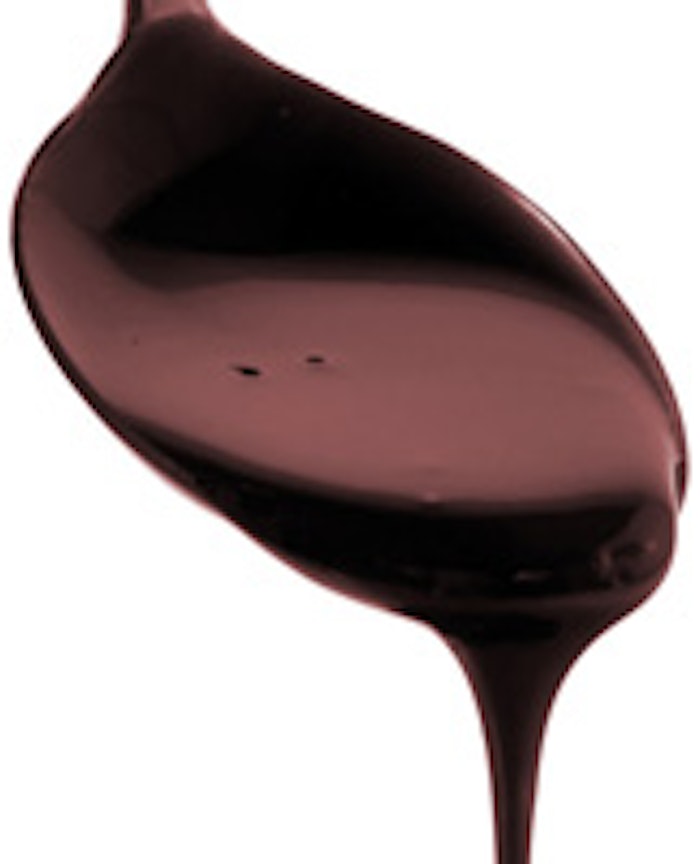 Researchers from the London University of the Arts and the European Dermatology London reported that the consumption of dark chocolate rich in flavanols can protect skin from UV light. This research was published in the September 2009 issue of the Journal of Cosmetic Dermatology.

Cocoa beans are known to be rich in flavanols although, according to the report, conventional chocolate-making can reduce the bean's high antioxidant capacity. The researchers therefore sought to evaluate the photo-protective potential of chocolate consumption by comparing a conventional dark chocolate to a specially produced chocolate with preserved high flavanol (HF) levels.

A double-blind in vivo study was conducted in 30 healthy subjects (22 women and eight men) who were randomly assigned in two groups of 15 to consume either 20 g of an HF chocolate or a low flavanol (LF) chocolate daily. The minimal erythema dose (MED) was assessed at baseline and after 12 weeks under standardized conditions.

The study was lead by Stefanie Williams, MD, a dermatologist at the cosmetic science group, London University of the Arts, and the European Dermatology London.