Secrets of the Trees for Super Cosmetics? 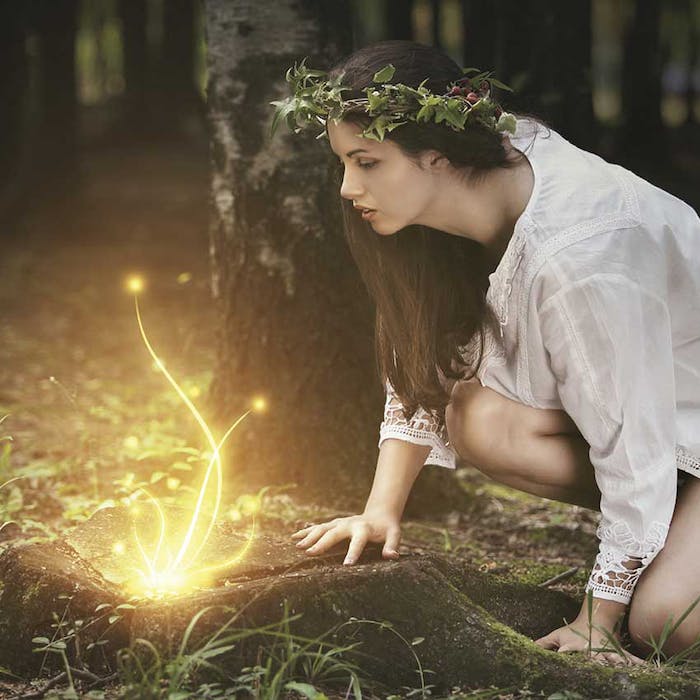 Trees are not the mute, woody giants we think them to be. They are actually quite chatty. Obviously not in the way we vocalize, but through their enormous underground networks. And according to Suzanne Simard, professor of forest ecology at the University of British Columbia, they’re not just making polite conversation—they’re collaborating.1

What do talking trees have to do with cosmetics? As I listened to Simard’s TED talk on NPR Radio,1 I started to draw parallels between her research and our industry’s work on the microbiome, epigenetics and wellness cosmetics; even sustainability. It made me wonder if we were connecting as many dots as we could be.

Consider this: Simard explained that trees use underground fungi networks that connect via mycelium—branching, thread-like structures through which nutrients are absorbed. Initially, it was believed these structures competed against one another for water and nutrients, to ensure their parent plant thrived. But a few decades ago, scientists discovered in vitro that plant seedlings could transmit carbon to one another through their roots, effectively building community and sharing with one another.

Simard took these lab observations to the field, where she discovered they translated to life in the forest. She covered a few plant species, including fir, cedar and birch—80 plants in total—in plastic, some within the same fungi network and others completely isolated. Additionally, some plants were shaded from the sun. She then introduced either C14 or C13 isotope gases into their atmospheres in the plastic. After one hour, the plants in the same network were found to exchange these isotopes in a two-way conversation. Those in the shade who “needed” more carbon received it from those in the sun. Plants removed from the network did not.

Additional studies showed this exchange varied based on seasonality and growth stage, collaborating each time to give assistance to the plants in need. Furthermore, conversations were happening not only in carbon, but also nitrogen, phosphorus and water; and defense signals, allele signals, hormones—essentially, information. Much like the brain’s network.

It occurred to me that in cosmetics, different paths wind through the forest toward a given skin care benefit. Anti-aging, for example, can be approached in a multitude of ways: epigenetics,2, 3  the microbiome,4 cellular communication,5 etc. Other disciplines including nutrition, wellness, dermatology, psychology and others also cross paths into the cosmetic forest.

So what if, like the trees, all these paths had a similar underlying network of “roots?” Could this network be orchestrated so excesses in some areas are transmitted to shortages in others? This would result in the ultimate holistic approach, sending signals, for example, from excess thigh cellulite to the sagging face, to increase thickness and firmness. Or taking localized hyperpigmented spots and spreading them out, to provide innate sun protection across the body.

The key to unlocking such a phenomenon would be to identify the common denominator and means to redirect resources from one body site to another—the epitome of sustainability. But where to start? Maybe like Simard, by focusing on just a few cell types and isolating 80 (or fewer) of them to examine their mechanisms and identify where some sort of transfer (for desired effects) is taking place. Then, looking to see what those transfer mechanisms have in common.

This moves into the realm of molecular biology, which Howard Epstein, Ph.D.,6 described as a field that investigates how cells develop, operate, communicate and control their activities. “Cells communicate with body tissue, which is composed of cells,” he wrote. “Tissue communicates with other tissues and organs throughout the body. Generally the transfer of information between cells, tissues and organs is through the interaction of proteins.”

So, could proteins hold the key?

This thought experiment could continue in limitless directions; it certainly extends beyond the limits of my expertise, and potentially yours. But you see where it’s headed. If we were to take and recycle a page from the trees, we could collectively approach this “super cosmetic” concept as a network to get to the root of an interesting, novel outcome.

What's old is new again, according to cosmetic industry expert Akshay Talati. While this puts a creative spin on tried-and-true ingredients, are we stick in a chemistry loop? Talati explores this further in the following commentary.
Jun 28th, 2021

These capsulation technologies can control fragrance release and enable the scale-up of profragrance fabrication.
Jun 22nd, 2021

In a recent survey, respondents predicted that emerging technologies including AI and blockchain, and startup biotech will be the biggest contributors to life science innovation post-pandemic.
May 20th, 2021