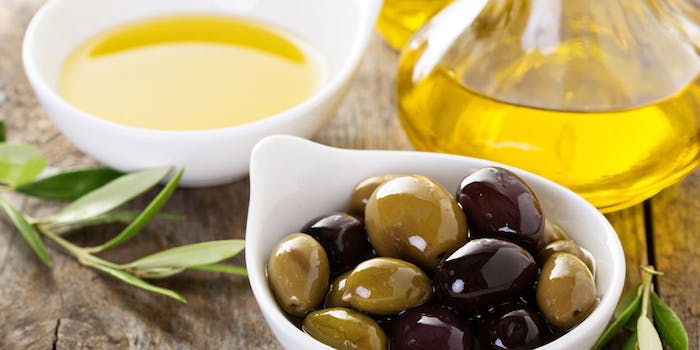 In the quest to formulate with raw materials that are natural, sustainable and biodegradable, the use of natural oils (triglycerides) is becoming more and more important.

While meeting these requirements, however, oils are processed in many different grades. Olive provides a great example of at least four of these. Following, we explore their differences.

Oil extracted from pressed seeds contains many ingredients. Some are desirable and others are not; crude oil, for example, is processed into separate components.

We generally take for granted the process that transforms a plant seed into clear, low-odor oil that is suitable for cosmetic use. The plant chosen, as well as the process used, determines the properties of the oil. As such, one must carefully prevent the desired ingredient, such as tocopherol, antioxidants or whatever else is present in the starting oil, from being removed during subsequent processing, as it therefore will not provide its benefit in the finished product. Simply put, just because the material is in the oil as expressed does not mean it is present in the final refined oil added to the cosmetic.

The oils described in this article are referred to as vegetable oils. This differentiates them from essential oils, which are aromatic oils often obtained by steam extraction from a variety of plant parts including flowers, leaves, peels and some seeds. Essential oils are not triglycerides like vegetable oils, but usually isoprenoids—that is, they come from a different chemical pathway in plants. Plants store vegetable oils (triglycerides) as energy sources for seeds when they germinate.

Pressing or expelling: While steam works well to extract essential oils like coriander, it does not for triglyceride oils. Triglyceride and wax ester oils can be squeezed from seeds using a turning screw that presses the mashed-up seed against a metal barrel with slits in the side. The oil and some fine particles squeeze out of these narrow slits. The tool used for this operation is called an oil expeller or seed oil press.

The oil from the seed oil press can be filtered, which creates what is referred to as virgin or crude oil, especially if it has not been heated to obtain more oil. Using a cold-press process preserves most of the oil-soluble actives in the resulting oil.

Alternatively, oil may be dissolved in a solvent for extraction, which, once the solvent evaporates off, produces the extracted oil. In this type of operation, seeds are often processed into thin flakes to increase their surface area before pressing or solvent extraction.

This flaking improves oil yield by breaking open the small oil pockets in the seeds. Sometimes, seeds are heated before flaking so the proteins in the seeds do not break down the oil or other parts of the seed. This pre-heating step is also called pre-conditioning. While the oil emerges more easily when it is hot, too much heat also can damage the oil quality.

Seeds also may be crushed and formed into pieces called collets, containng many holes or openings. This step similarly is performed prior to extraction to make the oil easier to flow out. Solvent-extracted oil within which some solvent remains is called the miscella. Crude oil is usually "good enough" for chemical uses. A well-filtered virgin oil can be kept cold to remove any solid waxes that might crystallize out in a process called winterization. Many cosmetic applications, which retain the actives from the oil, are, in fact, cold-pressed virgin oil.

Just because the material is in the oil as expressed does not mean it is present in the final refined oil added to the cosmetic.

Refining: Refining is carried out by filtering the oil through clay or silica, i.e., fine sand, which removes the color. In an operation referred to as degumming, alkali in water is added to the oil and some ingredients, especially fatty acids and phospholipids, enter into the water from which they settle and/or are filtered out. Finally, steam can be passed through the oil to remove odor in an operation called deodorization. This step also breaks down oxygen attached to the oil, which can lower the oil's quality.

Oils commonly used in cosmetic products are complex mixtures of different triglycerides, but also contain various other useful components. For example, wheat germ oil can be processed to obtain highly desirable tocopherols. Solvent extraction or steam distillation would remove much of this material. The winterizing of oils results in a loss of the higher molecular weight fractions; and many times, it is exactly these fractions that provide the unique skin feel or conditioning benefits to a product.

Taken together, it should be clear that the different processes used in  oil preparation may be critical to its final functionality.

To derive olive oil, the production process begins by transforming the olive fruit into olive paste by crushing or pressing. This paste is then malaxed, or slowly churned or mixed, to allow the microscopic oil droplets to agglomerate. The oil is then separated from the watery matter and fruit pulp with the use of a press (traditional method) or centrifugation (modern method). After extraction the remnant solid substance, called pomace, still contains a small quantity of oil.

The grades of oil extracted from olive fruit can be classified as follows.

Virgin means the oil was produced by use of mechanical means only; i.e., with no chemical treatment. The term virgin oil, in reference to production method, includes all grades: extra virgin, virgin, ordinary virgin and lampante virgin olive oil products, depending on the quality (see next section).

Lampante virgin oil is extracted by virgin (mechanical) methods but not suitable for human consumption without further refining; lampante is Italian for glaring, and refers to the early use of such oil for burning in lamps. Lampante virgin oil can be used for industrial purposes, or refined (see below) to make it edible.

Refined oil is obtained from any grade of virgin olive oil by refining methods that do not lead to alterations in the initial glyceride structure. The refining process removes color, odor and flavor from the olive oil, and leaves behind a pure form of olive oil that is tasteless, colorless and odorless and extremely low in free fatty acids. Olive oils sold as extra-virgin and virgin grades therefore cannot contain any refined oil.

Virgin olive oils: olive oils that are made only from cold extraction of oil from the olives;

Refined olive oils: olive oils made from the refining of virgin olive oils;

Olive pomace oil: which is not technically an olive oil, but is a by-product made from the solid pomace that is leftover after virgin olive oils are extracted.