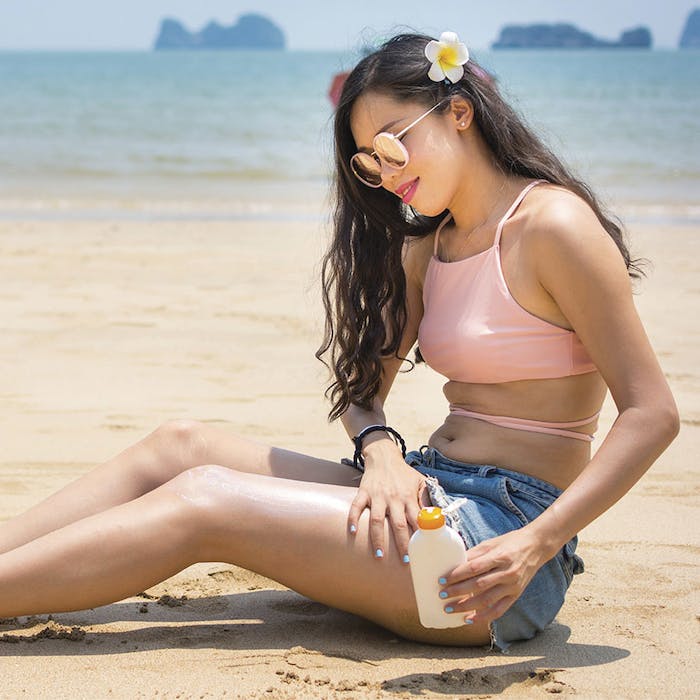 Three centuries—that's how long it took to discover and understand the electromagnetic spectrum from the sun. The story begins with Sir Isaac Newton, who passed a beam of white light through two prisms in 1666. These were placed at such an angle that the light split into a spectrum as it passed through the first prism, then was recomposed back into white light by the second prism. This showed the color spectrum was not caused by glass corrupting the light. Newton claimed this was a “crucial experiment,” and concluded that light is composed of colored particles that combine to appear white.

In the year 1800, Sir William Herschel was exploring the question of how much heat was contained by the different colors of visible light. He devised an experiment where he used a glass prism to separate sunlight into its rainbow of colors. Then, he placed a thermometer under each color, with one extra thermometer just beyond the red light of the spectrum. He found that the thermometer that was seemingly out of the light had the highest temperature; he had discovered infrared light.

A year later, Johann Wilhelm Ritter was inspired by Herschel's discovery to see if there might be light just beyond the purple end of the spectrum. Indeed there was, and Ritter discovered ultraviolet light. He called it "chemical rays"—invisible light rays that induced certain chemical reactions. These behaved similarly to visible violet light rays but were beyond them in the spectrum. They were later renamed ultraviolet radiation.

In 1886, the physicist Heinrich Hertz built an apparatus to generate and detect what are now called radio waves, following which in 1895, Wilhelm Röntgen noticed a new type of radiation emitted during an experiment with an evacuated tube subjected to a high voltage. He called this radiation X-rays, and found that they were able to travel through parts of the human body but were reflected or stopped by denser matter such as bones. Before long, many uses were found for them in the field of medicine.

Finally, at the beginning of the 20th century, Paul Villard was studying the radioactive emissions of radium when he identified a new type of radiation. Ernest Rutherford and Edward Andrade measured the wavelengths of these emissions and found that gamma rays were similar to X-rays, but had shorter wavelengths and higher frequencies.

Thanks to these geniuses and Nobel Prize winners, we know now that the electromagnetic spectrum is a continuum starting with gamma rays at 1 pm, and ending with radio waves at some hundreds of kilometers. All these rays are typically described by any of the following three physical properties: the frequency f, wavelength λ or photon energy E.

Our sun emits all these wavelengths, but at the surface of the earth, at ground level, solar radiation is restricted between 280 nm and 3,000 nm. As an essential part of evolution, sunlight acts as a primary energy source. The interaction of these wavelengths with evolving biological systems has marked the face of mankind for millions of years. It is obvious that humans quickly developed various biological strategies to adapt to intense sun light that strikes those living in central and tropical latitudes. The most obvious biological adaptation is skin color, which is dominated by the presence of melanin and is well-related to local sun intensity.

However, if the skin is exposed to excessive doses of solar radiation, immediate negative consequences may follow, such as sunburn, but also long-term effects, such as premature aging or skin cancer. This is well-known today, but the history of SPF is only quite recent. Eugene Schueller proposed one of the first sun care products in 1936, and it took until 1963 for the first notion of sun protection factor (SPF), proposed by Schultz, to emerge. In the 1970s, an SPF 10 was achieved; in the 1990s, an SPF 20+; and by the beginning of the 21st century, finally, good UVA protection has been reached.

It has been a long journey but the market today offers a large range of sun care products; from SPF 2 and 6 (in Europe), to 50+ and more, in some countries—preferably with a good UVA/UVB ratio equal to or higher than 1/3.

Many studies, but two in particular,1, 2 show that we are right to use sun care products, as there is no doubt that over-exposure causes sunburn, skin aging and cancer. Consumers tend to select sun care products based on SPF. But are we sure this will protect us well enough?

We have already demonstrated, in previous work, that the overall effectiveness of a sunscreen product depends not only on its active UV filter(s), but equally on its application thickness and how pleasurable the product is to use.3 Moreover, if we take into account that more than 50% of irradiation is due to visible and infrared radiation, and that the dominating first step in the interaction of sunlight with the skin is the creation of excess free radicals—mainly reactive oxygen species (ROS)—one begins to wonder if sun care protection only in the UV range is enough.

The maximum free radical threshold for skin
and minimum dose of solar light needed to produce vitamin D
both fall around ~3.5 × 1012 rad/mg.

In 2008, we published the free radical action spectrum from 290–700 nm and, in addition, the formation of free radicals by near-infrared radiation in the integral spectral range from 700–1,600 nm was evidenced. Based on this study, it was demonstrated that approximately 50% of free radicals are generated in the visible and infrared spectral regions.4 In the meantime, the deleterious effects of these reactive species have been published by many different authors.5–8

In Figure 1, it can be clearly seen that the blue part of the spectrum (420–480 nm) has a significant impact on the generation of free radicals. This impact can also be visualized in normal human fibroblast monolayer culture, where a dose-dependent effect has been observed and can be neutralized by using specific antioxidant, as shown in Figure 2.

With this in mind, the question arises: what is the limit for the deleterious effects produced by excess free radicals? Recently, in 2014, Zastrow, Doucet and Al defined the free radical threshold value (FRTV) at ~3.5 × 1012 rad/mg. Only where this FRTV is exceeded do deleterious effects in skin occur. As Paracels said, “The dose makes the poison.” Interestingly, this value seems linked to vitamin D synthesis, as the standard vitamin D dose (SDD), i.e., the dose of solar light necessary for essential vitamin D synthesis, is also equal to ~3.5 × 1012 rad/mg (see Figure 4).

It is well-known and accepted now that human skin requires protection against the harmful effects of solar radiation. Clothes, hats and sunglasses are the best choices; however, if sunscreens only in the UV range are used, the concentration of free radicals generated by visible and infrared regions of the solar spectrum will increase, the free radical threshold value will be exceeded, and the skin may be damaged.

From these findings, it can be concluded that all modern sun protection products should combine a defense comprising:

Recently, an ex vivo study was performed to measure the efficacy of this proposed defense and the level of free radicals induced by IR on the skin. A standard SPF formula was applied containing (or not) the antioxidant or visible/IR reflector components described above to skin biopsies. As expected, the results suggested the best skin defense against IR damage was achieved using the formula containing both the IR antioxidant complex and IR physical reflectors (Figure 5; data not shown).

The science is not settled. It took more than 300 years to fully discover the electromagnetic spectrum of the sun. It also took some decades to characterize the impact of UV radiation on the skin. And it has taken several years to show that the visible and infrared parts of the spectrum can also have harmful consequences in skin.

Perhaps the industry should allow more time to better define the best skin protection. In the meantime, it seems wisest to protect skin not only against UV, but also the visible and infrared parts of the spectrum for full light protection.