Taking it Off: Cosmetics Removal Essentially is Decontamination* 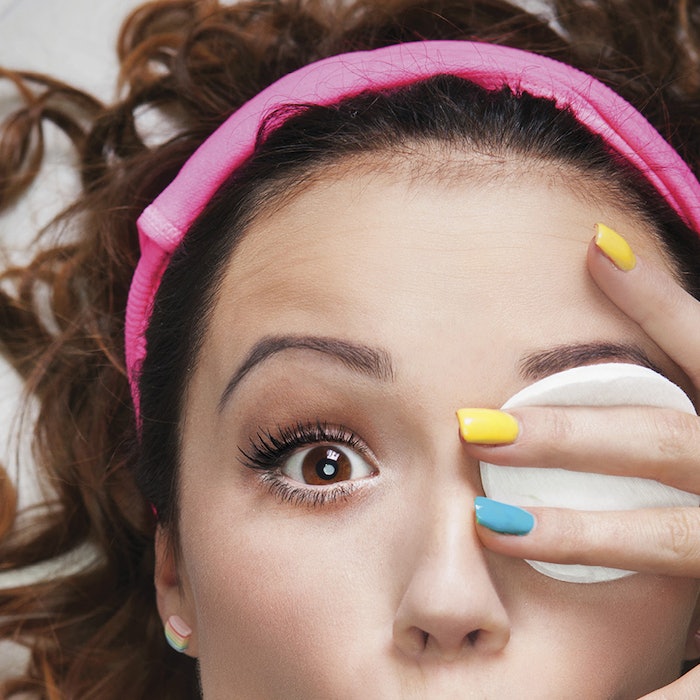 As is generally known, the human skin (HS) provides a first line of defense, functioning as a physical barrier against external chemicals. This barrier function primarily is due to the stratum corneum (SC) at the uppermost layer of the epidermis.1 Percutaneous absorption through the SC is a complex process consisting of at least 15 steps2, 3—decontamination being one of them.

It is difficult to develop effective products and methods to remove cosmetic ingredients from skin without damaging it due to the complexities and challenges involved in cleansing/decontamination. While mechanisms of and factors influencing chemical absorption remain under investigation, recent findings and insights (see Table 1) should be considered for the removal of topical cosmetics and their ingredients.

Chemical Diffusion and Partitioning in the SC

The SC membrane’s complex structure creates an effective, wide-ranging defense system to hinder contaminant entry into the systemic circulation. Layers of cross-linked corneocytes are embedded within a continuous lipid matrix, composed mainly of free fatty acids, cholesterol and ceramides, to create a tightly bound cornified envelope.7, 8 The fluidity of this cornified epithelium results from its water content, which has a significant effect on the partitioning of substances by exploiting their lipophilic and hydrophilic characteristics.9, 10 Importantly, partition coefficients vary among these phases—i.e., corneocytes, surrounding lipids and the deep skin layer—based on these characteristics.10

In addition, the SC is divided into three main layers, each with specific barrier properties. This further influences diffusion rates. The upper layer allows passive movement of exogenous ions. The middle layer functions in skin hydration and as a selective barrier to specific ions such as K and Cr(VI). The lower layer defends against ions such as Cr(III).11 Nonetheless, constant coefficients may be used as good predictors of penetrant concentration–depth-profiles, indicating that diffusion and partitioning are coupled such that one may compensate for the other.12 These multiple layers of diffusion heterogeneity demonstrate the complexity of predicting the diffusion characteristics of different chemicals.

Further, some compounds do not immediately begin diffusion through the skin. Instead, they form an SC reservoir, which prolongs their presence in the body even after removal from the skin. They therefore can penetrate into the systemic circulation at a later time.13 While slow desorption kinetics appear largely related to lipophilicity, non-lipophilic molecules also accumulate in a reservoir; this indicates there are additional factors involved in retention.13

As substances travel from the donor fluid through the skin compartment to the receptor fluid, passive diffusion dictates that a skin reservoir is more likely to form for lipophilic compounds since the skin compartment is more lipophilic than its surrounding fluids.14 The donor fluid is the most hydrophilic compartment; therefore, wash-off after six hours most effectively reduces the deposition of hydrophilic compounds.15 Nonetheless, immediate action to reduce the concentration of any substance in the donor fluid will subsequently reduce the amount available in the reservoir and the risk of later entry into systemic circulation.

While the use of water and/or detergents is generally considered safe, and historically have been used for decontamination due to their ease of use and low cost, they pose a risk for the “wash-in” effect. Here, percutaneous absorption is enhanced after attempts at washing skin are made to decontaminate it.15, 16 Increased skin hydration and the surfactant effect provide two explanations for this wash-in effect.16 For example, wet swine skin has shown increased amounts of permeated paraoxon (pox), compared with dry, warm or cold skin. Moreover, decontamination via showering with commercial detergents adds to water-increased pox permeation.15

Aside from being considered permeation enhancers, detergents can remove skin lipids and disrupt epidermal barrier function.17, 18 Detergents can include anionic, cationic, nonionic or zwitterionic surfactants but a majority are anionic surfactants such as sodium lauryl sulfate (SLS).19 Repeated exposure to alkaline agents, including SLS, impairs skin barrier function and reduces natural moisturizing factors (NMF), which are necessary to regulate water balance in the SC.20 Thus, anionic detergents threaten SC membrane integrity and may enhance the risk of irritant contact dermatitis.20

An in vivo HS experiment is ideal for accurate decontamination analysis. However, it sometimes proves difficult due to financial, ethical and safety considerations. Alternative models using excised skins from humans and animals result in generally accepted good correlations with in vivo experiments. They also can help elucidate the factors influencing dermal absorption. Yet, an ideal model membrane to confidently use in vitro data as a predictive tool for in vivo behavior currently does not exist.21, 22 Thus, the continued exploration of different models may give further insight into chemical transfer across the skin.

The potential to use synthetic or natural membranes provides a novel approach toward decontamination studies. In addition, less expensive and more readily accessible models would be advantageous.

Recently, the use of synthetic membranes has shown that hydrophilic and lipophilic adsorptive powders are able to reduce organophosphorous compound (OPC) toxicant transfers across the membrane.23 The transfer of OPCs also exhibited first order processes, which agrees with in vitro HS experiments; however, synthetic membranes had a significantly less evident initial accumulation period of toxicant.23 This accumulation period is an important phase of percutaneous absorption, as it reflects the reservoir effect.

Natural membranes such as peach skin, tomato, onion, egg and cellophane also have been considered as possible alternatives to HS for in vitro studies. They have hydrophilic properties that allow small to middle-sized hydrophilic drugs to permeate and diffuse in a manner similar to human skin.5 The extent of similarity for each membrane to the HS depends on the specific drug tested, which ranges in lipophilicity and MW.5, 6 Thus, the physicochemical nature of the chemical and membrane are important considerations in understanding the diffusion mechanism.

The described studies provide initial insight into possible synthetic and natural model membranes. These may be useful for studying cosmetic ingredient removal mechanisms; however, more in-depth studies are necessary.

Those who use cosmetic products require a removal method at the end of the day. However, removal is a complex procedure and remains under investigation. These recent findings shed additional light on the removal process, and can aid in the research and development of cosmetic removal products and skin cleansing techniques—for which consumers await.

While mechanisms of and factors influencing chemical absorption remain under investigation, recent findings and insights should be considered for the removal of topical cosmetics and their ingredients.