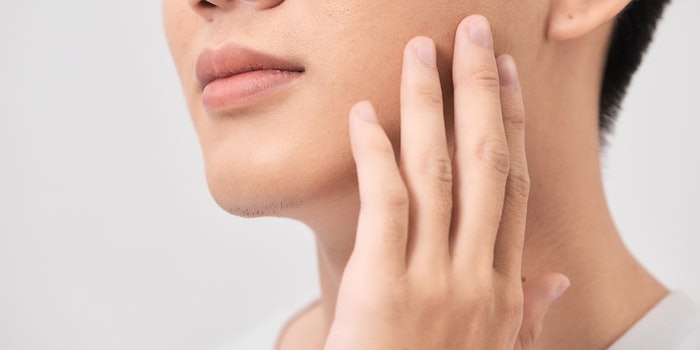 Amorepacific discovered the role EGR3 has in skin-barrier function and its epigenetic regulation mechanism through the analysis of big data in the biofield.
Photo 217265443 © Makidotvn | Dreamstime.com

Through the use of what it refers to as 'bio big data analysis technology,' Amorepacific has identified the role and epigenetic mechanism of EGR3, a gene that regulates skin barrier formation.

These research results were presented as an e-poster under the title, "Skin Barrier Formation by Epigenetic Regulation of EGR3," at the Society for Investigative Dermatology's annual academic conference, which took place online May 3-8, 2021.

As the company explained, keratinocytes in the granular layer of the epidermis play an important role in the proper formation and functioning of the skin barrier. Despite an abundance of existing studies about how keratinocytes differentiate and develop, however, finding genes that comprehensively regulate those processes had not previously been observed.

Kyuhan Kim, Ph.D., of the Sulwhasoo Heritage and Science Center, at Amorepacific's R&D Center, discovered that EGR3 is the gene responsible for the formation of the skin barrier. Kim's research also confirmed that the expression of this gene is significantly reduced in lesions associated with skin diseases such as atopic dermatitis and squamous cell carcinoma.

Through the use of small interfering RNA (siRNA) in an artificial skin model, the research further confirmed that when the function of EGR3 is inhibited, parakeratosis occurs—leading to an inability to create a healthy skin barrier. This is due to the reduced expression of the marker protein during the skin barrier formation process. At the same time, it was also established that in comprehensively regulating the expression of genes vital for skin barrier formation, EGR3 uses an epigenetic mechanism involving enhancer RNA.

Additionally, the company discovered that materials treated with peony root extracts selectively increased EGR3 expression in keratinocytes and thereby strengthened the skin barrier. According to the company, this research is significant in that it has established a scientific basis for mitigating skin damage and for helping individuals maintain healthy skin.

Based on the outcome of the research, Amorepacific's Research Institute has developed cosmetic materials and applied them to commercial products. Amorepacific will continue its efforts to provide solutions based on various in-depth research for the skin.