Unilever and University of York Scientists Sniff Out B.O. Enzyme 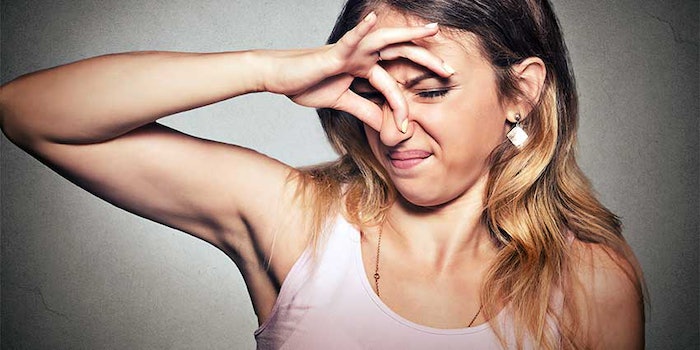 Unilever reports that along with University of York scientists, its researchers have discovered an enzyme responsible for the pungent characteristic smell we define as body odor, or B.O.

Previously, researchers from the University of York observed that only a few bacteria in the armpit are implicated in body odor. In collaboration with Unilever scientists, however, the researchers discovered a “B.O. enzyme” within the bacteria that is responsible for the characteristic armpit odor.

This recent research highlights Staphylococcus hominis (S. hominis) as one of the main microbes behind body odor. The scientists say this “B.O. enzyme” was present in S. hominis before Homo sapiens as a species. They therefore theorize that body odor existed prior to the evolution of modern humans.

“Solving the structure of this ‘B.O. enzyme’ has allowed us to pinpoint the molecular step inside certain bacteria that makes the odor molecules,” said co-author Michelle Rudden, Ph.D., from professor Gavin Thomas’s group in the University of York’s department of biology. “This is a key advancement in understanding how body odor works and will enable the development of targeted inhibitors that stop B.O. production at the source without disrupting the armpit microbiome.”

The research, “The Molecular Basis of Thioalcohol Production in Human Body Odor,” is published in Scientific Reports.