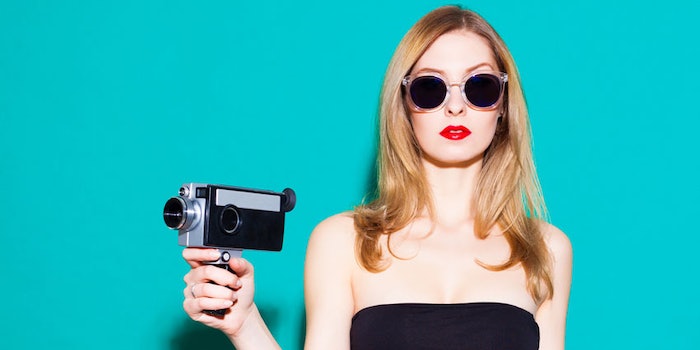 A recent report by Deadline highlighted several short films to be featured at the Oct. 6-7 2019, film festival organized by Meet the Press and the American Film Institute. Among them will be the first feature-length documentary, "exploring the unregulated market for beauty products with chemicals and toxins."

Regarding the film, Chuck Todd, of Meet the Press, noted in the report, "We already regulate the chemicals we ingest in the foods we eat, but we don’t do a good enough job regulating chemicals that we accidentally ingest because we have rubbed it on our face or our elbows or our feet."

To set the stage, Women and Hollywood featured an interview with Phyllis Ellis, the creator, writer, director, producer and performer of the film, "Toxic Beauty." In all seriousness, Ellis describes the film as personal stories of women who are surviving, or who have not survived, ovarian cancer caused by the use of talc.

"The film tells the story of a brave whistleblower, Deane Berg, who took on the largest pharmaceutical companies and won," says Ellis in the interview, written by Laura Berger. "We meet a young medical student...and exciting young researchers who campaign the science and truth about toxicants, chemicals and carcinogens in our cosmetics linked to birth defects, reproductive harm and cancer.

"We dig in to challenge [the cosmetic] industry who, like Big Tobacco, denies the truth, and our governments who regulate food and drugs but not the potentially harmful chemicals we put on our bodies every day."

Without discounting the terrible tragedies, pain and suffering of the subjects in the film (and others), it must be stated that the use of talc has never been causally linked to cancer (see below).

Berger, the interviewer, learned that what inspired Ellis to create the film was her regular use, as an Olympian, of baby powder for more than 20 years. In researching the film, Ellis met Daniel Cramer, M.D., who published a study with co-authors Welch, Scully and Wojciechowski in 1982 exploring the potential connection between ovarian cancer and talc. Their findings hypothetically associated the use of talc with ovarian cancer in their words, "because of the similarity of ovarian cancer to mesotheliomas and the chemical relation of talc to asbestos, a known cause of mesotheoliomas."

As an aside, similar studies by Harlow, Cramer (the same author cited above), et al. in 1992; Gross and Berg in 1995; Wong et al., in 1999; Huncharek, et al., in 2003; and Muscat and Huncharek in 2008 found no causal relationship between talc and ovarian cancer. Another study, also by Cramer in 1999, reported a significant association betweeen the use of talc and ovarian cancer, which the authors felt warranted public health warnings.

In an even more invasive study in 2007, also by Huncharek, Muscat, et al., the use of cosmetic talc on contraceptive diaphragms was examined. These findings also did "not support a causal association between talc-dusted diaphragms and ovarian cancer development;" although from the article abstract, the levels and numbers of talc exposure are not clear.

According to Ellis, Cramer's 1982 paper was published defining a “causal link” between talc and ovarian cancer, at which point he reportedly suggested to Johnson & Johnson that the company put a warning label on the product; apparently they did not.

"I thought, if the most trusted brand in the world was linked to ovarian cancer, what else are we using on our bodies that could cause harm?" said Ellis, in the interview. This, in addition to meeting the strong women and their families and loved ones negatively impacted by ovarian cancer, led Ellis to share their stories in film format as she put it, "to protect my daughter and everyone’s kids, and ourselves as women and men, who are using far more products then (sic) even 15 years ago...as our experts say, 'We have a right to know what is known.'"

However—once again, with all due respect to those impacted by this terrible disease—a causal link is not known. And it becomes problematic when public opinion overrides scientific fact.

Johnson & Johnson was ordered by a jury in St. Louis to pay $4.7 billion in total damages to 22 women in 2018, who alleged that asbestos in the company's talcum powder contributed to their ovarian cancer. However, the company (yes, clearly biased) expressed that, "The actual evidence in this case was overwhelmed by the prejudice of this type of proceeding."

'We have a right to know what is known.'

The year prior, in 2017, Johnson & Johnson was ordered in an Los Angeles court to pay one individual $417 million in total damages, as she has claimed use of the company's baby powder gave her cancer. In this case, the company was found guilty of "failing to adequately warn users of the cancer risks of talc in its baby powder." But here again, the science made no clear causal connection; in fact today, you still see the company's official statement citing scientific evidence in support of the safe use of talc.

This is but one example of what we've seen happening for years; preservatives, especially parabens, got a bad rap for a poorly designed scientific study; silicones receive guilt-by-association thanks to similar-sounding chemical family names. The list goes on. Remember  "The Dirty Dozen?" How can the industry respond when consumer belief outweighs the science?

Misinformation and the influence of celebrities on public opinion is a dynamic upon which Timothy Caulfield, Ph.D., has built his career. He is currently the host of the hit Netflix documentary, "A User's Guide to Cheating Death," and author of the book, "Is Gwyneth Paltrow Wrong About Everything?"

Caulfield will explore this dynamic in relation to cosmetics at the December 2019 SCC Annual Meeting and Technology Showcase, where he will present the Frontiers of Science Award lecture, sponsored by Cosmetics & Toiletries. Prior to the event, he shared a few insights on how to respond in the face of public misperception—which are especially relevant to the discussion at hand.

"Tell the facts and be engaged on social media," he said. "Teach critical thinking. It's really important to teach [consumers] how to evaluate what the media says about the 'relevant' science," he added. (Check out our November/December issue for the full interview and meet Caulfield in person during the SCC Annual Meeting.)

In the meantime, continue to ensure that cosmetic science is, in fact, scientific.