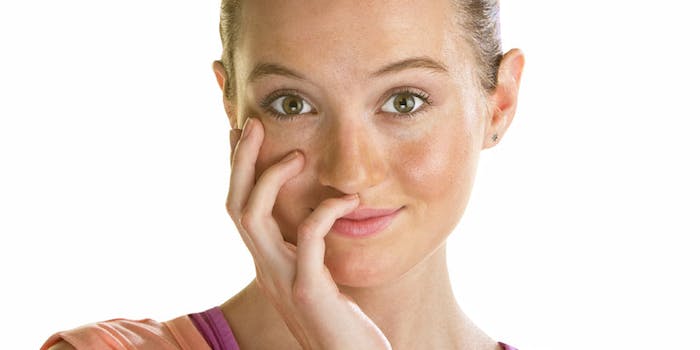 Kao Corp. presented research during the 58th Annual Conference of Japanese Society for Medical and Biological Engineering, and the 19th Scientific Meeting of the Japanese Society for Anti-Aging Medicine on connections between blood flow efficacy and skin condition; e.g., texture.

According to the company, these connections were revealed during dermatological research focused on physical functions in skin. To more closely examine the relationship between capillaries and skin, the researchers also developed an image-processing technology capable of discriminating capillaries in microscopic images of facial skin.

Capillaries perform the most essential function of exchanging materials between the blood and tissue cells; i.e., supplying oxygen and nutrients to the tissue and removing waste materials. Furthermore, the mechanism by which capillaries regulate blood flow differs from veins and arteries. Specifically, capillary blood flow is regulated by the oxygen concentration of the tissue and metabolic activity.

However, the presence of melanin and hair in and on facial skin makes it difficult to measure capillaries by conventional techniques. To solve this problem, images of capillaries inside the skin were divided into the separate components of hemoglobin, melanin and shade (see Figure 1). Filter processing was then applied to hemoglobin images to visually discriminate the capillaries based on their tubular structure. Finally, masking was performed using images generated from the shade component to attenuate the noise innate to hair. With this method, Kao researchers constructed an algorithm for precisely discriminating capillaries in microscopic images. 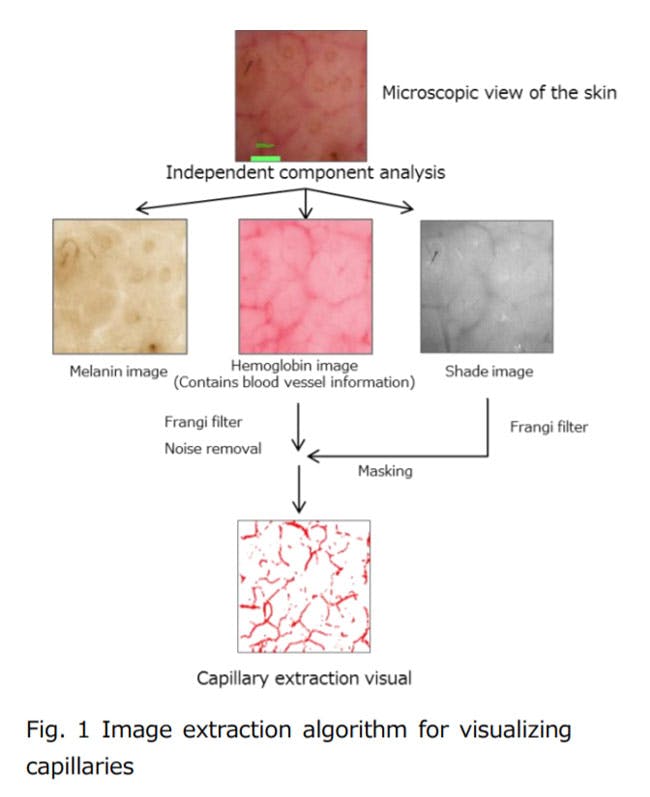 Using this technique, researchers analyzed differences in skin with age, which revealed that women in their twenties and thirties with higher blood flow tended to have better skin texture patterns. In contrast, women in their fifties and sixties also having higher blood flow had smaller cell sizes in the stratum corneum. According to the researchers, this suggests the epidermal cells were activated.

In the future, Kao plans to study changes in the condition of the blood vessels brought about by aging and the environment, and to analyze the effects on various phenomena such as skin metabolism, dark spots and fine lines.