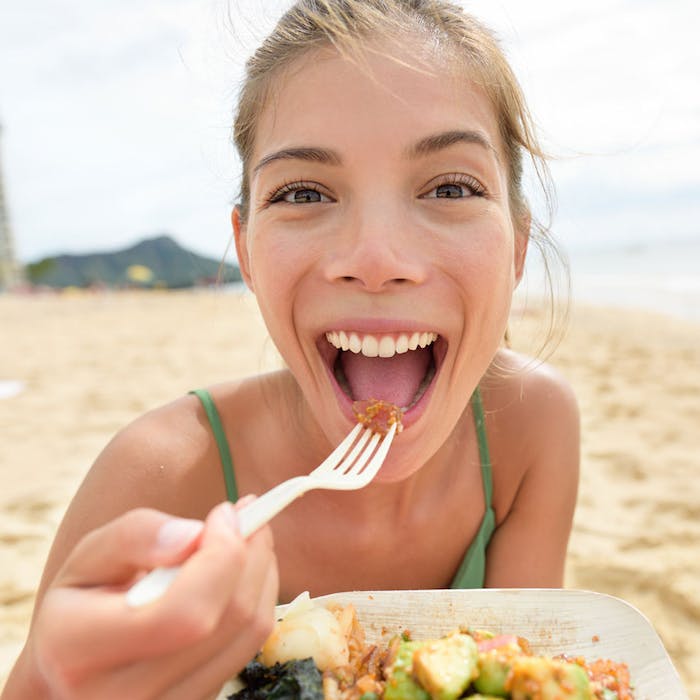 A newly published study in Cell Reports suggests people can improve their skin's innate UV protection simply by eating in sync with their circadian rhythms, i.e., at "normal" times. While further study is needed, habits such as late night snacking could diminish humans' vulnerability to sunburn, skin aging and even skin cancer.

In an animal model, researchers found that mice, which are nocturnal but were fed during the day, experienced disruptions in their skin's natural circadian rhythms, which are the inverse of humans. This negatively impacted the ability of an innate enzyme, xeroderma pigmentosum group A (XPA), to protect them against UV radiation.

To perform the test, different feeding times were set for various animal groups, and liver processes and genetic expressions were then measured. Researchers identified shifts in circadian skin patterns distinct from normal patterns in the liver, as well as alterations in the expression of several diurnally expressed genes in the skin, including that of the key DNA repair factor XPA.

Furthermore, changes to sensitivities to UVB exposure were observed. Mice that ate mainly or only at night formed more cyclobutane pyrimidine dimers (CPDs) when exposed to UVB during the night than during the day. In contrast, mice fed during the day exhibited a reverse pattern. Together, these results indicate the timing of the food intake had a pronounced influence on skin biology—representing a modifiable regulator of skin health.

Joseph S. Takahashi, Ph.D., chairman of Neuroscience at the University of Texas (UT) Southwestern Medical Center and co-author on the study, commented on these observations.

“This finding is surprising. I did not think the skin was paying attention to when we are eating,” said Takahashi. He added, "It is likely that if you have a normal eating schedule, then you will be better protected from UV during the daytime."

Score another point for holistically focused beauty and personal care. It's the future.