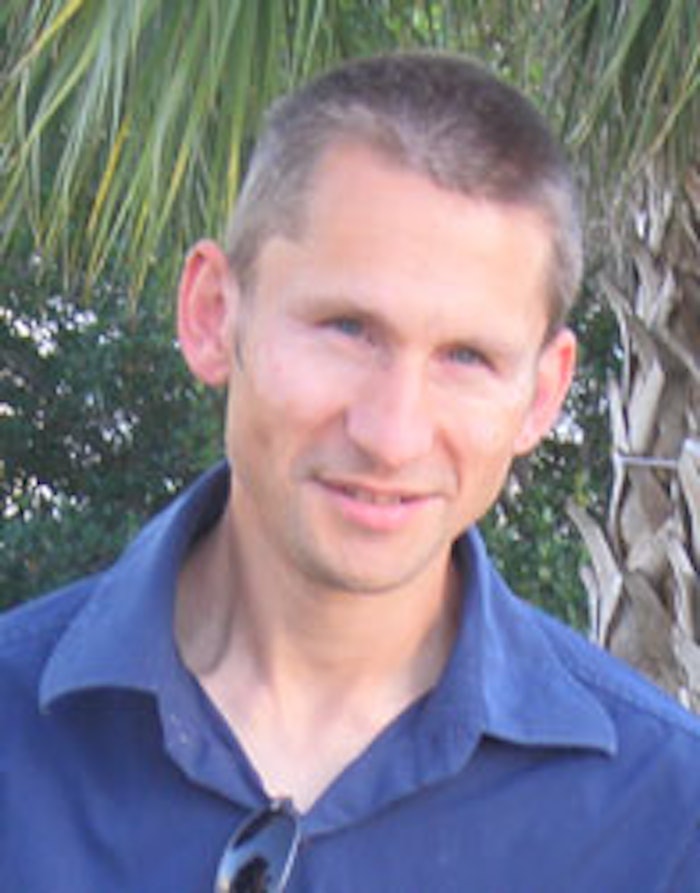 Sea cucumbers, considered a delicacy in East and Southeast Asia, may not be pleasing to the eye but could be pleasing to the complexion. These slippery creatures belong to the animal group of echinoderms, which possess an adaptive feature called mutable connective tissue. While investigating this phenomenon, Maurice Elphick, PhD, and his research team from Queen Mary University of London’s School of Biological and Chemical Sciences not only identified the genes that encode the peptides to make this tissue stiffen and soften, but also have hypothesized that one of these peptides may be used in anti-aging skin care.

Elphick, a zoologist by training, began his work on the Apostichopus japonicus species of sea cucumber by analyzing gene sequences reported by Chinese researchers.1 While the researchers sought ways to replicate the animal for eco-friendly farming, Elphick saw an opportunity to investigate the sea cucumber’s ability to alter its mutable connective tissue. Japanese research2 had identified two peptides that caused stiffening and softening in this species, and he anticipated that analyzing the sequences could lead to the identification of the genes that encode these peptides.

“This phenomenon was discovered in the 1960s, but no one really understands how it works,” said Elphick. “The basic idea is that this collagenous tissue is controlled by the nervous system, which releases a neurotransmitter that stimulates cells in the collagen tissue to release molecules that cause the tissues to go stiff or soft.” He furthered that this mechanism serves echinoderms as a defense mechanism from predators, in addition to allowing them to conserve energy while retaining a stiff posture.

“NGIWYamide is actually derived from a protein that has all the characteristics of what you would call a neuropeptide precursor. It is a protein whose job it is to give rise to small peptides that are secreted by the neuron to act as a messenger molecule,” Elphick noted. He already knew this peptide could be found in the nerves of the sea cucumber’s body wall due to previous research using antibodies to the peptide.

Perhaps a more novel discovery, Elphick found that the holokinin containing protein was nothing like the NGIWYamide precursor protein, but rather a component of collagen. “I could see that it was part of a collagen protein. This peptide derives from collagen and softens the body wall. This is the first evidence that the collagen itself contains peptides that can soften it,” Elphick added. Understanding which proteins contain the peptide was the first step in understanding how this mutable connective tissue softens and stiffens in the sea cucumber. This discovery has led Elphick and fellow collaborators to continue their work to understand this mechanism, and it will lead them to similar studies with other echinoderms.

Currently, Elphick is collaborating with Himadri Gupta, a physicist at Queen Mary, to investigate this tissue from a biomaterials standpoint. “We are studying the phenomenon of mutable connective tissue using starfish instead of the sea cucumber due to cost and availability. We’ve been looking at the properties of this tissue, and we would like to do more experiments to understand how these peptides affect the stiffness of the collagenous tissue,” noted Elphick.

Elphick also has plans to relate the research to mammals, where he believes it may have a large impact. “We know enough about human biology and human collagen to be able to think about ways in which it might be relevant. The peptide that we found in sea cucumber has equivalent peptides that form parts of collagen in humans,” he added. “Maybe those peptides in humans that are similar might be useful to manipulate the stiffness of collagen [cartilage, skin, etc.].

Ephick’s team has long-term plans to take a comparative approach to this research, to see if the similar peptides in humans have the same effects on collagenous tissue. To do this, the team first must secure grants to conduct research with mice or rats. Should these equivalent peptides be able to manipulate the stiffness of collagen in humans, Elphick believes it could be used to treat aging. In addition, the ability to affect collagenous tissues may have a medical benefit to humans. If the team finds therapeutic potential in the peptides, however, Elphick notes that they would be synthesized rather than extracted from animals to remain respectful to the environment.