From Caper to Prickly Pear for Dermatitis, to Dual Phase Mouthwash: Literature Review 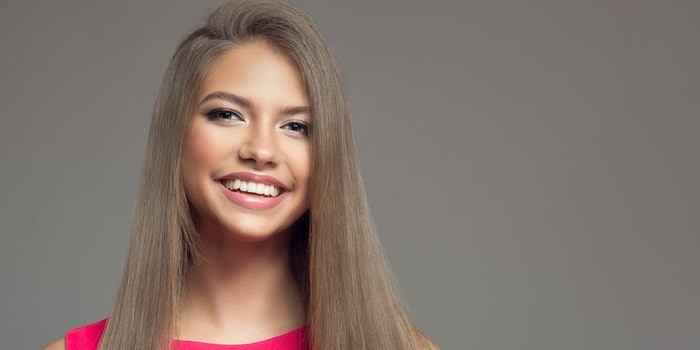 Polysiloxane emulsifiers: Clariant International Ltd. discloses cosmetic or pharmaceutical compositions, preferably emulsions, utilizing one or more modified polysiloxanes with at least one carbamate group as the emulsifiers.1 An example of an extra moisture night cream is shown in Formula 1.

Vernonia to improve skin: Bayer Consumer Care describes the use of Vernonia extract to improve skin.2 The described invention incorporates a Vernonia plant extract from Madagascar into cosmetics, pharmaceuticals and food supplements to improve the skin by strengthening the dermal-epidermal junction and/or activating fibroblast synthesis and extracellular matrix compounds.

Thus, dried leaves of Vernonia appendiculata were extracted using heptane and percolated with ethanol. The fats were then removed by liquid-liquid extraction, also using heptane. After concentration into the aqueous phase, glycerin was added to adjust the solution to 10% extract in a water-glycerin blend. The final product resulted in a liquid containing > 5% of chlorogenic and isochlorogenic acids. The end Vernonia extract obtained was formulated at 1% into an antiaging cream.

Quick makeup removal: Shiseido Co. describes a skin cleansing preparation5 to ensure the quick removal of makeup from skin. The composition is said to easily apply without dripping from the hands or face during application. In addition, the composition reportedly washes off smoothly, thereby refreshing the skin. The cleanser comprises: a) 1.0% to 15% w/w silicone oil; b) 1.0% to 15% w/w volatile hydrocarbon oil; c) 5.0% to 20% w/w dihydric glycol; d) 5.0% to 40% w/w polyoxyethylene glyceryl fatty acid ester; and e) 15.0% to 88% w/w water—wherein the weight ratio of the silicone oil component (a) to the volatile hydrocarbon oil component (b) falls within a range of 0.3 to 3, and the viscosity of the preparation at 25°C is from 100 to 500 mPa•s.

Caper, prickly pear for dermatitis, xerosis: Dermogyn S.r.l. has patented compositions for the treatment of dermatitis and other skin conditions, specifically atopic dermatitis, that are also associated with pathological xerosis.6 The cosmetic vegetable o/w-based emulsions comprise: a restructuring agent, e.g. ceramides; an anti-inflammatory and protective agent such as caper extract; an emollient and keratoplastic agent such as allantoin; and an immunostimulating, hydrating and healing agent, e.g. prickly pear extract. Thus, a formulation may include: 2% ceramides, 0.5% allantoin, 5% olive oil unsaponifiables, 0.5% almond wax, 3.5% shea butter, 1.5% vitamin F, 0.5% stearyl glycyrrhetinate, 0.5% caper extract and 0.5% prickly pear extract plus preservatives and a buffer.

Imparting softness in hair post-damage: Milbon Co., Ltd. discloses emulsified hair cosmetic compositions7 to provide uniform softness evenly to partially damaged hair. These compositions are suitable for use in hair conditioners or in pre- or post-permanent hair wave-setting treatment agents. The described composition contains: a) a C12-22 linear primary alcohol; b) C12-22 branched primary alcohol; c) a cationic surfactant; d) polyoxyethylene sorbitol fatty acid ester; and e) a polyoxyethylene alkyl ether; wherein the amount of component (c) is lower than the sum of components (d) and (e). The composition may further contain a glycerin fatty acid ester and/or a lecithin derivative. An example is shown in Formula 2.

Polysaccharide oxide for washing, conditioning hair: L’Oréal has patented a composition including a particular polysaccharide oxide for washing and conditioning keratinous materials, as well as its use and usage process.8 The invention contains, in a cosmetically acceptable medium, from 5.0% to 50% of one or more detergent surfactants and one or more oxidized anionic or nonionic polysaccharides made up of monosaccharides containing either 5 carbon atoms or more than 5–6 carbon atoms. The invention also concerns the utilization of said composition for the washing and conditioning of keratinous materials and a method for such. A shampoo composition is shown in Formula 3.

Natural-looking/feeling hair dye: L’Oréal also has disclosed a hair dye composition containing one or more hydrophobic film-forming polymers, one or more coloring bases, and one or more volatile solvents.9 Such a composition is said to give a natural and aesthetically pleasing color to the hair and to preserve the physical qualities of the hair fibers. A red hair dye example is shown in Formula 4.

Granulated shampoo: Dow Corning Corp. discloses granulated shampoos comprising surfactants agglomerated with solid, water-soluble, water-dispersible or water-insoluble particulate carriers.10 The shampoo compositions also preferably contain a conditioner consisting of an organopolysiloxane. The described shampoos dissolve readily with the formation of foam in hot or cold water; are generally perceived as soft in their dry, free flowing state; and provide a pleasant feel on skin. The granulated shampoo can be packaged in various biodegradable wrappers such as paper, which is more environmentally friendly than plastic sachets, and does not deteriorate during storage.

Liquid polyester in oil: L’Oréal has patented cosmetic makeup or care compositions based on polyester in an oily phase and their uses.11 The inventions employ at least one liquid polyester obtained by the condensation of an unsaturated fatty acid dimer and/or trimer and diol. In addition, the compositions are either free from lipophilic gelling agents or contain them, at most, at 10% w/w. The invention also relates to a method of making up the face and body using the described composition. An example lip gloss is shown in Formula 5.

Polymeric film to protect lips: L’Oréal also has disclosed a cosmetic process for the treatment of lips utilizing a composition containing a film-forming polymer and a siloxane.12 The method involves applying the composition to form a film on the surface of the lips. An example is shown in Formula 6.

Dual phase mouthwash: Colgate- Palmolive Co. discloses oral compositions comprising a hydrophobic phase, a hydrophilic phase and a hydrotrope component, and methods of use thereof.14 The described inventions were incorporated into a dual phase mouthwash, wherein the hydrophilic and hydrophobic phases remain separate and form a temporary emulsion when mixed. This emulsion spontaneously reverts back to the two original phases after rest without forming an emulsion. An example is shown in Formula 8.

Imparting white to teeth: Lion Corp. has patented a press transfer seal system along with a method for beautifying the surfaces of teeth.15 The system setup involves laminating a substrate and a pressure-sensitive adhesive layer with a wax layer placed between both. The pressure-sensitive adhesive layer is applied facing the teeth, forming a seal against them, and the substrate is then peeled away to transfer the wax and adhesive layers to the teeth. This invention makes it possible to easily and simply impart a natural, durable color to the surface of teeth.

Cross-linking for new properties: O’Lenick has disclosed16 a series of cross-linked silicone polymers for cosmetics that, by virtue of the nature of the dimol alcohol undecylenic acid ester based cross-linker, exhibit unique solubility and properties including improved tolerance for oily materials and improved skin feel. These polymers find use in personal care applications such as pigmented products. In the personal care arena, solid products that do not experience syneresis—i.e., the condition in solid products that causes incompatible liquid to ooze out—are important since this condition is cosmetically unacceptable.

Carbosiloxane-dendrimer chain-containing vinyl polymers: Kao Corp. has patented cosmetic compositions containing carbosiloxane-dendrimer chain-containing vinyl polymers, nonvolatile oils and powders.18 Also provided is a cosmetic containing: a) 0.1% to 30% w/w vinyl-based polymer having a carbosiloxane dendrimer structure in side chains; b) from 0.1% to 30% w/w fixed oil, which is liquid at 25°C and has a solubility parameter of 16.5 or above; and c) hydrophobic powder—wherein the mass ratio of a:b is 0.3:5.0. An example of a w/o type cosmetic foundation is shown in Formula 10. This foundation reportedly covered skin pores and spread well on the skin without causing stickiness.