Choosing the Right Microalgae for the Job 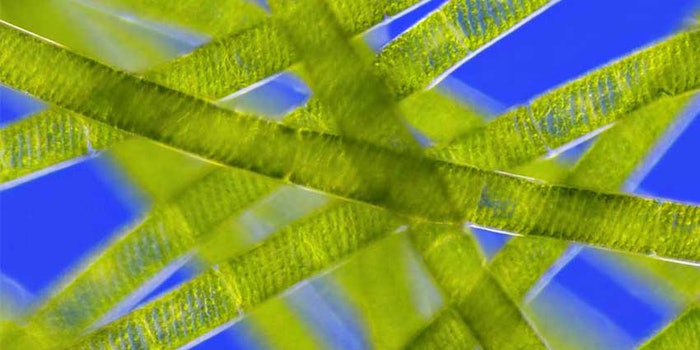 The Natural Products Association (NPA) defines natural as “ingredients that come from or are made from renewable resources found in nature.” In 2009, revenue from the sale of natural and organic cosmetics in the United States reached $7.8 billion and continues to increase annually by 20%.1 A 2007 benchmarking survey also confirmed greater demand for cosmetics containing natural products, noting this segment of the market is interested in improving health while choosing environmentally sustainable products.1

Furthermore, market research indicates there is increasing demand for cosmetic products containing algae and algal metabolites.2 This brief review will discuss current sources and the role of these fatty acids in the cosmetics industry. It also will describe the function of microalgal fatty acids within the cell and techniques used to manipulate fatty acids in algal cells. Within this review, unless otherwise stated, the term lipid is referring to a composition of primarily triglycerides with fatty acids of varying degrees of saturation.3

Traditionally plants have been used as a source of fatty acids in cosmetics. Many of these also are used in the food industry, e.g. corn, cocoa and oil palm.2 For example, Elaeis guineensis (African oil palm) produces oil yields of ~5,950 L/hectare and is commonly used in cosmetics. It also is a source of food for both humans and animals.3, 4 Unfortunately, such crops use large amounts of arable land.

Microalga, on the other hand, utilize less resources and are a potential alternative source of lipids for the cosmetics industry.2, 4 In fact, certain microalgal species exhibit higher fatty acid productivity than commonly used plant crops.5 For example, Chisti determined that algal cultivation in a photo-bioreactor could produce an average biomass productivity of 1.54 kg/m3/d. If this algal culture had a lipid content of 15%, this could provide an oil yield of ~49,200 L/hectare.4 Thus, microalgae cultivation greatly outcompetes the palm oil yield by ~43,250 L/hectare.3, 4

Furthermore, microalgae do not require arable land since they can be grown in bioreactors.4 These organisms also have much higher growth rates than many crop plants, and can be grown under certain conditions that increase lipid content.4, 6 For instance, the algal species Botryococcus braunii can be grown in sewage as a nutrient source,7 and when it is grown under stress or suboptimal growth conditions, its lipid content can increase up to 80% dry weight (dw).8

Fatty acids in cosmetics have three main functions: serving as cleansing agents, protecting skin from epidermal damage and infection, and maintaining skin’s appearance.9 Triglycerides are composed of fatty acids, which can be synthesized in algae and used for these cosmetic purposes.9, 10 Cleansing agents often contain disinfectants that play a critical role in protecting skin from unwanted microorganisms, such as those that cause infection and body odor. In fact, the water and organic matter that form the primary composition of most cosmetics provide ideal conditions for the growth of unwanted bacteria and other microorganisms.9 This can result in the spoilage of the cosmetic and even cause in skin infections.9

Interestingly, many free fatty acids inhibit the growth of certain bacteria,11-13 making them a suitable ingredient in cleansers. For example, lauric acid, a fatty acid commonly synthesized in algae, is an effective antimicrobial agent against Propionibacterium acnes, the bacteria associated with acne.14, 15 While the mechanisms through which free fatty acids inhibit bacteria are still unknown, researchers hypothesize they impact the function of the bacterial cellular membrane.14

The uppermost layer of the epidermis, the stratum corneum, has an important protective role in the skin as a barrier between the body and outside environment.16 It is composed of corneocytes, which are surrounded by lipids consisting of ceramides, cholesterol and free fatty acids.17 The lipids surrounding the corneocytes and their composition are essential to maintaining the stratum corneum and its ability to act as a barrier.17, 18

Within healthy skin, the lipid matrix maintains a lamellar formation, which is crucial for a tight skin barrier.19 Fatty acids in cosmetics are used to artificially mimic the protective role of stratum corneum lipids in the skin, enforcing its barrier. Combined with other elements of the stratum corneum structure such as ceramides, free fatty acid algal emollients can restore the barrier in unhealthy skin by altering its lipid composition.20, 21 As a starting material for emollients, research has shown that algal lipids have a C16:C18 saturated fatty acid ratio of 15:2.22 This ratio was calculated using the fatty acid profile of 2000 microalgal strains, however any strains that were devoid of 16:0 and/or 18:0 were not included.22 Thus, there is large variation in 16:0 and 18:0 content between algal strains, and as a result strain specific analysis is recommended.22

Fatty acids also are used in cosmetics to maintain the skin’s appearance and reduce the effects of aging.3, 9 As an individual ages, the lipids in their skin often decrease. This can result in a total stratum corneum lipid reduction of 30%,23 and can lead to eczema and dry skin.24

Cosmetics are used to reduce the signs of photo-aging in skin that exhibits lower levels of free fatty acids and triglycerides than protected skin.25 In fact, excessive UV exposure over a lifetime results in the decreased synthesis of enzymes involved in lipid generation, leading to further reduced lipid content.25 As a solution to insufficient fatty acid content in skin, triglycerides in the form of triolein can be included in cosmetics to prevent the formation of deficient skin.25

Fatty acids are composed of a carbon chain with a carboxylic acid at one end; they can vary in carbon chain length, degree of unsaturation, and double bond position.14 Fatty acids are naturally synthesized by microalgae and control its membrane’s fluidity in order to maintain cellular function and structure under varying environmental conditions.

During ideal growth conditions fatty acids are used for synthesis of thylakoid membranes, which are rich in polyunsaturated fatty acids. However, under stressful growth conditions, algae divert lipid production to triacylglycerols. These serve as energy storage compounds and are primarily composed of monounsaturated and saturated fatty acids.6, 8 Hence, algal cells naturally synthesize fatty acids whose composition within the cell are dependent on, and can be manipulated by, the surrounding environmental conditions.

The function of fatty acids is closely linked to the structural characteristics of the particular acid.14 As noted, the fatty acid content of an algal cell can be manipulated by varying the growth conditions to target and enhance the cellular content of desirable acids. For example, as the environmental temperatures of an algal growth culture increases or decreases, the fatty acid content becomes more saturated or unsaturated, respectively.6

Light can also influence the fatty acid content in an algal cell through photoadaptation. For example, as light intensity decreases, thylakoid membrane synthesis increases, resulting in a corresponding rise in polyunsaturated fatty acid content.6 Notably, the growth conditions under which microalgal cultures are maintained can simultaneously influence growth rate as well as fatty acid content. As another example, the red algal species Porphyridium cruentum, when grown under low light intensity, results in a reduced growth rate and lower amount of the fatty acid eicosapentaenoic acid.26 Thus, the careful manipulation and balance between growth conditions is necessary to yield a specific product that could potentially be used within the cosmetics industry.

In addition, there can be considerable variation in fatty acid productivity (mg/L/day) within a genus such as Chlorella, ranging from 38.30 mg/L/day in Chlorella sp. 800, to 12.52 mg/L/day in C. minutissima 444.10 Lastly, approximately 2% of algal species can produce toxins and other harmful metabolites that may contaminate fatty acid extracts.27 Thus, careful selection of the microalgal strain or species is necessary.

Fatty acids are used in cosmetics for a range of different applications, their main purposes being to cleanse, protect and improve the appearance of skin.3, 9 Currently, plant oils are the primary source of these fatty acids.2 However, microalgae can provide an alternative source without competing for valuable resources.4 To use microalgae on a commercial scale, though, three important factors must be considered: the algal species, the growth conditions and the fatty acids desired. These criteria will enable the identification of an algal species with high fatty acid productivity as a viable commercial source of cosmetic fatty acids.

The use of algae within the cosmetics industry is small relative to plant products within the cosmetics industry, but continuing research and growing market demand is changing this.2 To advance the position of microalgae in cosmetics, further research is necessary to establish the fatty acid profile of more algal species and to explore mechanisms that enhance their productivity.