How Stressing Out Causes Skin Aging; and a Way to Reverse It 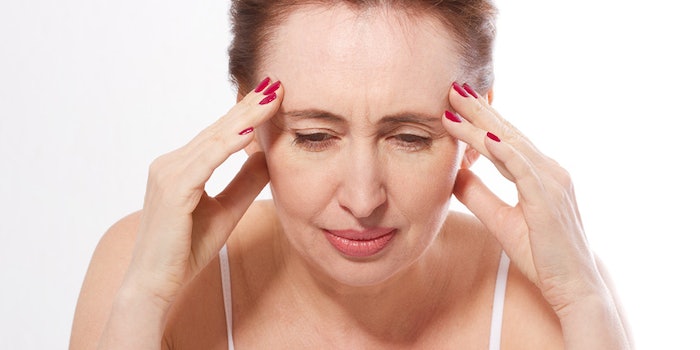 A new study being published in the Journal of the European Academy of Dermatology and Venerology explores how internalizing psychological stress can age skin.

In relation, a published study in the Journal of Cosmetic Dermatology suggests that by reducing cortisol release while also inducing β-endorphin and dopamine, skin homeostasis is improved and, in turn, so are under-eye circles.

According to the first article abstract, the skin's mechanical responses to adapt to psychological stress have previously been described, e.g., cortisol release; although the resilience to stress in some individuals has remained unexplained.

Furthermore, it appears that when skin responds poorly to psychological stress, this can epigenetically modify an individual's susceptibility to aging—increasing it, especially if there is chronic exposure. The authors add that while neuroscience has identified genomic DNA methylation patterns that could be useful to detect aging, these tend to vary widely.

What to Do About It

So what can can be done to reduce the negative effects of psychological stress on skin aging? The second paper decribed above, by Givaudan researchers, examined a natural cosmetic ingredient extracted fromTephrosia purpurea for its effects against UV-, pollution- and psychologically-induced stressors that cause signs of skin aging.

Results indicated the extract helped to decrease skin's cortisol release and induced the production of β-endorphin and dopamine. Gene expression assays indicated an up-regulation of those involved in skin's antioxidant response and skin renewal processes, although specific mechanisms were not elucidated. Measurable effects included improvements in skin's antioxidant responses and a lightening of dark under-eye circles.

While the in vitro observations matched the clinical results, it could also have been interesting to consider the effects of product application—i.e., physical touch, which has been implicated in improving not only ingredient delivery, but also the production of feel-good anti-aging skin entities.