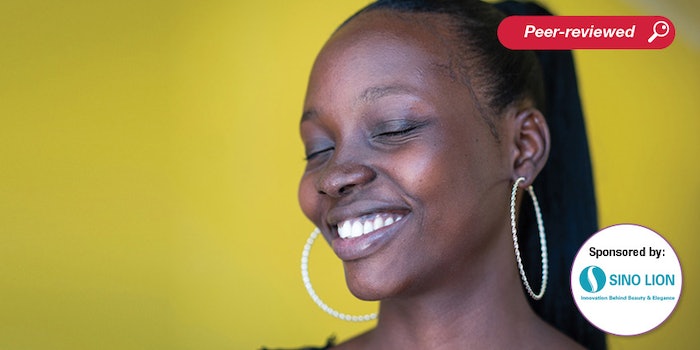 Read the full article in the November/December 2021 digital edition. . .

*Adapted with permission from the 2020 Summit Events Anti-ageing Conference

Modern medical advances in the last century have increased our ability to prevent and cure diseases, resulting in an increase in the human life expectancy worldwide by around 30 years.1 More time alive means a greater lifetime exposure to radiation and other environmental agents cumulatively affecting our appearance. This has led to a steep rise in research characterizing clinical and molecular aging and attempts to “solve” aging.

An effort to prolong human life has been ongoing since 1,500 B.C. In the first medical textbook, Papyrus Ebers, the recipe to “Transform an Old man into a Youth?” is presented. In contrast, we have recently seen an increase in pro-aging campaigns that advocate for more positive language around aging, opposing anti-aging terminology on products and instead calling for a focus on healthy aging.

So, what is skin aging? And how does it progress differently in darker than lighter skin? The present article offers a brief review and elucidates the need for more research to describe and quantify aging in dark skin.

Skin aging is an inevitable physiologic process involving morphological changes such as the deterioration of vascular and structural tissues, as well as functional and visual changes in the skin. The biology of aging has been well-explained.2, 3 For each individual, aging is a unique combination of intrinsic (chronological, hormonal, genetics, etc.) and extrinsic factors (environment, lifestyle choices, product use and more). Should any of these factors be in deleterious excess, it can lead to premature aging.

Intrinsic chronological aging is primarily characterized by functional alterations rather than gross morphological changes. These alterations can be further influenced by extrinsic aggressors such as sun exposure, pollution and smoking (see Figure 1).

Normal human skin consists of two main layers, the epidermis and the dermis, with the dermal-epidermal junction (DEJ) ensuring the interface and cohesion between the two layers. Signs of aging are associated with degradation or reduced synthesis of dermal structural proteins such as collagen and elastin, and upregulation of matrix metalloproteinases (MMP), neutrophil elastase and other proteases. These actions can be triggered directly by UV radiation, or photoaging, or mediated by reactive oxygen species already present in the skin or triggered by extrinsic factors.

Considerable efforts have been made to understand the process of skin aging, particularly in fair skin, but little information exists to describe and quantify how it differs in darker skin colors in sun-protected and exposed sites. Epidemiological studies have hinted at the strengths of dark skin to withstand aging and photoaging, as shown by the “near universal” occurrence of elastosis in patients with albinism in Africa.5

Studies from Prof. Rachel Watson’s laboratory comparing light and dark pigmented forearm and buttock skin from young and old individuals reported that: 1) the sun protected forearm of young, lightly pigmented skin showed a great difference from that of age-matched dark skin, with a stronger dermal-epidermal junction (DEJ) structure and skin that was far more interwoven; and 2) upon sun exposure, further disintegration of the skin is observed in lightly pigmented skin, with epidermal thinning, flattening of the DEJ, loss of fibrillin-rich microfibrils and solar elastosis.6

In general, these molecular signs of aging also occurred around two decades later in dark skin than in lighter skin; i.e., in individuals’ fifties and sixties verses their thirties, respectively.7 This delayed aging response of dark skin was attributed to the increased photoprotection provided by higher melanin content and epidermal dispersion, and greater convolution of the DEJ.8

In vivo studies have also confirmed higher sensitivity to solar light in lighter skin, reporting a 2.6- to 7-fold greater response in Fitzpatrick Skin Types (FST) I/II versus VI after exposure to the same UVR doses, and that African American skin showed a less UV-dependent loss of elastin.10 Overall, skin epidermal melanin can afford a dark FST IV a DNA protection factor of around 10, with a much higher photoprotection of ~60 fold in the basal epidermal layer.11 Despite the delayed onset of ageing, however, commonalities in the molecular ageing process can be observed in both dark and light skin color.6

To understand the visible manifestations of aging in dark skin, clinical studies typically distinguish aging into four categories; these include: irregular pigmentation, wrinkles or change of texture, lack of firmness and skin sagging, and vascular disorders. For Caucasian skin, it has been calculated that 80-95% of visible skin aging is due to lifelong sun exposure.12 Some clinical signs of aging are population-specific, such as telangiectasia—a vascular disorder observed in fair skin as an important sign of aging—but as the vascular network is less visible in darker skin, it is less of an aging concern.

Irregular pigmentation: A major characteristic of black skin is its higher quantity of melanin, which is widely dispersed throughout the epidermal layer. This melanin content and distribution reduces the penetration of UV radiation into the skin, resulting in slower photoaging. At the same time, it increases the possibility of UVR-induced pigmentation disorders such as mottled pigmentation, melasma, pigmentary demarcation lines, maturational dyschromia, periorbital hyperpigmentation, dermatosis papulosa nigra and solar lentignes. Dermatosis papulosa nigra (DPN) is also a common manifestation; these pigmented papules appear during adolescence and increase in size and number with age. Some of these types of dyschromia occur at an earlier age than in other skin colors. Irregular pigmentation represents one of the top five most common dermatological conditions diagnosed in dark skin and it is also a top concern in dark aging skin.13

Wrinkles and change in texture: Textural changes such as dryness, dehydration, coarseness, fine lines and wrinkles are hallmarks of aged skin. Lighter skin is more prone to severe fine lines and wrinkles while darker skin experiences small superficial wrinkles. Age-related impairment in barrier functioning has been linked to decreased epidermal turnover, a decrease in some stratum corneum natural moisturizing factors and moisture-binding gylcosaminoglycans, and increased MMP hyalurinonidase, which is exacerbated by UV exposure.14, 15

A review of the literature shows that the data varies widely, with some claiming dark skin has a stronger barrier function than other skin colours. Studies examining the lipid content of different ethnic groups also has found conflicting data,16 however there appears to be a linear decrease in sebum excretion with age in Caucasian groups versus the sudden drop in the fifth decade in Black groups.17

Interestingly, pore size also appears to be related to ethnicity, with darker skin tending to have larger pores.7, 17, 18 Pores contribute to the appearance of aged, rough skin and may explain why individual with dark skin often self-classify as having oily uneven skin tone.

Lack of skin firmness/skin sagging: The unique skeletal morphology of people of African descent also shows facial aging in the periorbital region and midface more prominently than in other parts of the face; this is evidenced by its top ranking among aesthetic complaints.19 In contrast to the pronounced lip aging, wrinkles and skin laxity experienced by fair-skinned individuals, darker-skinned people experience infraorbital shadowing, malar hypoplasia and soft-tissue jowling as signs of aging.20

Finally, Black skin has more cornified cell layers than other skin tones. Therefore, the thickness and weight of African skin is believed to contribute to the pronounced sagging of the malar fat pads, soft-tissue laxity and jowl formation of the mid-face.21

It is important to appreciate that some clinical signs of aging are population specific. For example, as stated, wrinkles are a major concern in fair skin, while pigmentary disorders are more commonly observed in dark skin, followed by skin sagging in the midface. It also is worthy to note that for some populations in Africa, premature skin aging, manifested as early onset rhytids and profuse pigmentary disorders, is rife due to the indiscriminate use of skin bleaching products and abuse of topical steroids for lightening purposes.

However, healthy skin aging can easily be achieved in dark skin types with proper protection and care. The existing skin matrix should be shielded with at least an SPF of 30 and high UVA protection—preferably with physical blockers.22 Consumers should also stay out of the sun and utilize topical antioxidant products that neutralize free radicals; e.g., vitamin C, resveratrol, caffeine, green tea, ferulic acid, glutathione, etc.

Matrix metalloproteinase inhibitors such as topical retinoids and antioxidants can be applied, as well as matrix-building topicals including topical retinoids, vitamin C and peptides. Skin texture also may be improved using either or both chemical and mechanical exfoliators with humectants and occlusives to maintain optimal hydration levels. Finally, improvements in dyschromia can be achieved using melanogenesis modulators and prevention regimen. Notably, the use of multiple topical pigment-reducing ingredients with different mechanisms of action usually leads to accelerated results when treating dyschromia, compared with the use of a single tyrosinase inhibitor.

The use of botulinium toxin, dermal fillers and skin tightening procedures with a wide range of energy devices also is available through skin care professionals and can address skin sagging and wrinkling satisfactorily. In severe cases, and if non-invasive means fail, surgical options are available.

While a plethora of anti-aging solutions exists on the market, for too long this market has been defined only by the aging characteristics of Caucasian skin, such as wrinkles and vascular changes. As mentioned above, more research and evaluation is needed to describe the aging process of dark skin and to support the development of scientifically proven cosmetics that address the specific aging concerns of this population.

Sino Lion takes a holistic approach to skin care, from the top to the bottom of skin, starting from a balanced microbiome on top of the stratum corneum with the innovative antimicrobials EverGuard™ PL (INCI: Polyepsilon Lysine) and EverMild™ EHG (INCI: Ethylhexylglycerin). This is followed by mild cleansing via EverSoft™ UCS-40S (INCI: Disodium Cocoyl Glutamate), which has a 100% Natural Origin Index (NOI) and COSMOS certification.