Epigenetics and Aging: A New Player in Skin Care 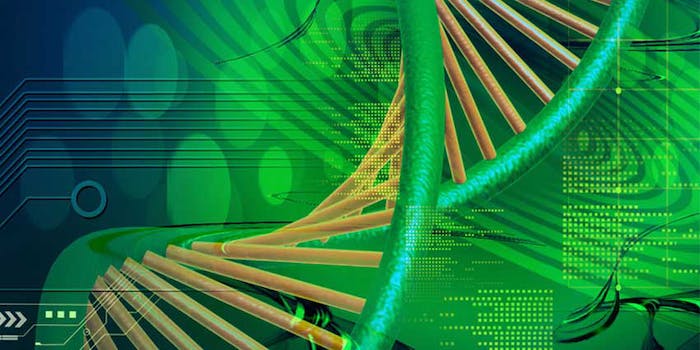 Epigenetics describes the physiological reprogramming that occurs in the cell without changes in the DNA sequence. The main epigenetic tools used by the cell are:

The combinative use of these tools regulates the accessibility of the DNA to outside factors in the nucleus, which affects vital cellular processes including transcription and DNA repair. Although the study of epigenetics in clinical medicine is relatively new, the applications to dermatology are profound—with mechanisms and future therapeutic modalities being examined in melanoma, cutaneous T-cell lymphoma, psoriasis and aging.2 The cosmetic industry has taken serious interest and begun to develop new anti-aging products that target epigenetic processes.

Aging is an inevitable biological process that is associated with the damage of various cellular macromolecules—DNA, protein, lipids, etc.—over time. The damage is secondary to an increase in free radicals, which leads to mitochondrial, and subsequently to cellular, dysfunction. These biochemical changes result in reduced synthesis of collagen and elastin, which contributes in turn to wrinkling of skin.3

Additionally, skin senescence causes vascular network changes, decreases the number of melanocytes and Langerhans cells, and decreases the thickness of the epidermis.4 As the cutaneous manifestations of aging are largely undesirable, there is a huge market for anti-aging cosmetic products.

Many studies focus on the link between epigenetics and aging. Epigenetic processes tend to become dysfunctional with aging and subsequently break down.3 In cells, there are two basic types of aging: replicative and chronological aging.

Replicative aging is defined as how many times a cell can divide. This type of aging is more likely seen in epithelial skin cells, which accumulate cellular damage as a result of the continuous process of cell division.5 Chronological aging is defined as the length of time that post-mitotic cells remain viable.6 This type of aging is seen in longer-lived cells, such as in neurons and myofibers that accumulate damage as time passes.

Adult stem cells divide throughout the lifetime of an individual and exhibit both chronological and replicative aging. Epigenetic regulatory mechanisms are key mediators in the aging process that adapt to stressors as well as age-related changes in the genome and molecular environment.5

A central epigenetic mechanism operating in skin aging is DNA methylation. DNA methylation, which occurs at specific cytosine residues of DNA, is associated in general with gene silencing.7 Aging-dependent changes in the methylation patterns are described for genes with important phenotypic effects associated with aging.4 Examples of such genes include TET2, which is a tumor suppressor gene, and DDAH2, which encodes an important enzyme in the nitric oxide pathway.

TET2 is transcriptionally silenced during aging and chronic sun exposure via hypermethylation, which results in epidermal thinning due to a poor turnover rate of epidermal cells from adult stem cells.4 When DDAH2 is downregulated by methylation, this leads to impaired keratinocyte proliferation, oxidative damage and rapid aging. Other epigenetically regulated genes, such as CDKN2B, SEC31L2 and Collagen 1A1 (COL1A1), are hypermethylated in aging skin.

CDKN2B, which encodes the tumor suppressor protein p15Ink4b, plays an important role in aging and cancer.8 This gene has the second highest hypermethylation levels in aged fibroblasts, but it is hypomethylated in mesenchymal stem cells.8 SEC31L2 is a gene that controls collagen secretion in primary human fibroblasts and when epigenetically silenced by hypermethylation, it contributes to an age-associated akin phenotype.4 Hypermethylation of the COL1A1 gene in aging skin is associated with a decrease in the expression of collagen.9

The important role that methylation has played in aging has made these genes interesting potential targets for cosmetic therapies. There are now novel products that may be effective in treating age-related DNA methylation phenomena. These products use a Himalayan red rice active ingredient, which works by decreasing DNA methylation levels on gene promoter regions (see Figure 1). Younger cells without the red rice treatment had less methylated sites on the CpG islands on collagen promoter regions of COL1A1 when compared to aged cells.

With this particular treatment, the levels of methylation of the specific CpG island residues decrease even further. This effect might be associated with increased levels of dermatopontin in keratinocytes. Dermatopontin is a protein that helps with the epidermal adhesion of keratinocytes and acceleration of collagen fibrillogenesis. Data also exists that products with the Himalayan red rice ingredient are able to firm the skin by improving the skin barrier.9

The Elements of Anti-aging

The development of cosmeceutical strategies targeting histone modification enzymes is in its infancy, but advances in their understanding will undoubtedly expand the possibility for new therapies. For example, aberrant K27me3 methylation of histone H3 has been observed in Hutchinson-Gilford Progeria Syndrome (HGPS) in skin fibroblasts.12 HGPS is characterized by a phenotype indicative of an advanced aged state, which includes severe growth retardation, loss of subcutaneous fat, alopecia, low bone density and poor muscle development.13

On a molecular level, the epigenetic landscapes of HGPS cells are similar to cells from normal old individuals, indicating that this disease may represent accelerated aging. HGPS cells have defects in nuclear envelope structure and DNA repair, as well as changes in gene expression and a lower rate of proliferation.13 Among others, these defects in HGPS cells could be attributed to the alterations in K27me3 methylation pattern.

In human fibroblasts, accumulation of progerin leads to down regulation of the enhancer of zeste homologue 2 (EZH2). EZH2 is the catalytic subunit of the polycomb complex PRC2 (a potent transcription repressive complex), which is associated with cellular senescence and affects the distribution of the H3K27me3 at CpG promoter regions.12

Another histone modification, acetylation/deacetylation, is also believed to be involved in aging. Acetylation of histones, which is usually associated with gene activation, is performed by histone acetytransferases (HATs); their deacetylation (associated with gene silencing) is carried out by histone deacetylases (HDACS).14 An important histone deacetylase enzyme, Sirtuin-1 (SIRT1), may be a promising target for new cosmeceuticals.

A SIRT1 activator, resveratrol, can be used topically and has potential to become a new player in cosmetics. Its anti-aging properties are exerted not only through activation of SIRT-1, but also through stimulation of extracellular matrix proteins, mTOR inhibition, increase in AMPK, antioxidant effects, and inhibition of inflammatory and dermal-aging biomarkers.3, 17

Targeting miRNAs also has seen promise in the cosmetic field. miRNAs are small, non-coding RNA molecules that bind to specific mRNAs and negatively modulate gene expression by down-regulating their stability and/or translation.18 A hallmark of aging is a decline of protein synthesis, and pharmaceutical products that knock-out specific miRNAs would be useful for decreasing the undesirable aging effects.

Implications of epigenetics to skin care are significant and products targeting these mechanisms may provide value to current treatments.

Studies on resveratrol have brought important questions and difficulties regarding methods of its application. When given systemically in vivo, resveratrol is metabolized quickly by the intestine and liver into glucuronides and sulfonates and efficacy is decreased.19 On the other hand, incorporation of resveratrol into creams causes interaction with microparticles that lowers its penetration into skin. Studies on resveratrol with nanosuspensions have been suggested as a way to circumvent the topical application problem.19

As with any new drug or therapy, the risk profile of new epigenetic treatments must be investigated in depth for transition to widespread consumer and clinical use. The products and reagents that target these epigenetic mechanisms to “turn back” the biological clock seem promising and offer a novel approach that may unlock the secrets to longevity and rejuvenating the skin. Double blind (and replicated) clinical trials, as well as detailed dermatotoxicologic investigation, will clarify their role in skin care.20