What do We Know About Depigmenting Agents? 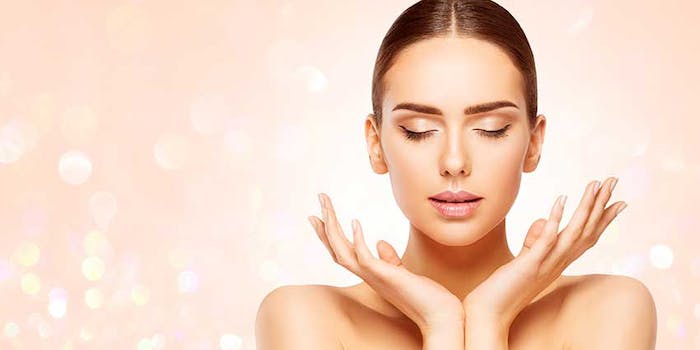 Hyperpigmentation is a disorder caused by the overproduction of melanin. Common hyperpigmentary disorders include, but are not limited to, post-inflammatory hyperpigmentation (PIH), melasma and solar lentigines or sun spots.1 PIH results from excess pigment that evolves after trauma such as burns, acne, allergies2 and others. Melasma, also known as cholasma, looks like patches of tan skin around the cheeks and face. It has numerous causes, including sun exposure, and hormonal changes during pregnancy or associated with hypothyroidism.3

Laser treatment, chemical peels and systemic therapy are available to treat hyperpigmentation but topical depigmenting agents are popular, convenient options. Hydroquinone, the most widely used depigmenting agent, was discovered in the late 1930s after its monobenzyl ether was found to be depigmenting workers’ skin in a rubber factory.

Hydroquinone has been used alone for treatment but over time, its efficacy has been improved when combined with other agents;4 Kligman et al., for example, combined 0.1% tretinoin, 5% hydroquinone and 0.1% dexamethasone.2 While hydroquinone was successful for depigmentation, however, the European Union banned it in 2001 due to harmful side effects, including exogenous ochronosis, leukoderma en confetti, and possible carcinogenicity.4

In response to hydroquinone’s toxicity, efforts to shift toward alternative depigmenting agents such as kojic acid, licorice extract, niacinamide, azelaic acid, etc., have been under way. In consideration of the many ingredients having potential depigmenting effects, the authors sought to understand whether these agents are more tolerable and effective than hydroquinone. The present work describes their investigation.

Assessing the quality of studies is one approach to determine the efficacy of newer agents. Thus, along with outcome, the authors compared the design, cohort size, participant skin type, duration, intervention, result measurement, and statistical and clinical significance of several reported studies. They also examined whether the results of clinical trials for newer agents based on studies to minimize sources of bias could be accepted, described next.

As shown in Table 1, 18 of 22 published trials on hydroquinone incorporated subjective evaluations to document efficacy. However, this method of retrieval is inherently biased, so investigators should have relied on objective assessments such as the Melasma Area and Severity Index (MASI) score, introduced by Kimbrough-Green et al. The MASI score is calculated similar to the scoring system for psoriasis, which assigns a number based on the severity of melasma by evaluating its content, darkness and homogeneity.6 Other objective assessments can include chromameter measurements and spectroscopy.

Bias also comes with case-controlled trials because investigators and participants know the trials and other areas that are lacking. Castanedo-Cazares et al., for example, conducted a double-blind study to test the efficacy of niacinamide and desonide for hyperpigmentation. They also measured results through colorimetric and clinical evaluations.7 Yet, even if results include both subjective and objective analysis, the subjective results still impact the statistical significance and in turn, clinicians will not know to what degree objective and subjective results influence this significance.

Placebos are another means to compare efficacy. In addition to facilitating double-blind trials, they can highlight other aspects of the disorder; e.g., whether hyperpigmentation can improve spontaneously. This provides indispensable information for patients, who therefore might not need to risk treatment for curing hyperpigmentation.

Twenty-seven percent of the reviewed trials contained a placebo, although other flaws were present. Yun et al. used placebos but the trial was not double-blinded, devaluing statistically significant results.8

In other trials, sunscreens acted as placebos and overall, only eight published trials did not specify sunscreen use. While sunscreen use does not necessarily attribute to bias, Woodhall et al. showed through a placebo-controlled trial that sunscreen provides a statistically significant reduction of hyperpigmentation.9 Using sunscreen in conjunction with treatment is beneficial to participants suffering from hyperpigmentation, but this practice does not improve the investigators’ understanding of a depigmenting agent’s or even sunscreen’s potency.

Beyond accurate efficacy results, trials should consider safety and tolerability. Since hydroquinone’s toxicity has been questioned, it is not known whether other agents that inhibit melanogenesis such as ascorbic acid, azelaic acid, retinol and niacinamide, are toxic.

The majority of the trials referenced lasted 24 weeks, which might not be sufficient time to ascertain a medical or safety claim, especially taking into consideration results were subjective evaluations or focused on the hyperpigmentation itself, rather than toxicity. Longer trials would provide more information on an agent’s safety. This could help patients decide whether the cost of treatment is worth its risk or reward.

Patients having high Fitzpatrick skin types suffer the most from hyperpigmentation due to their melanocytes being more active.10 And while the referenced trials did in fact test on skin of color, they did not test phototypes greater than V. Makino et al., for instance, performed a double-blind, randomized trial for brightening formulations,11 and while the results were based on objective measurements, the study was performed on Caucasian skin, which is less likely to have issues with hyperpigmentation.

Unpublished trials followed similar methods concerning design, phototypes and intervention; however, no statistically significant results were published, nor any results in general.

Although though there is not sufficient information to make a conclusion regarding the efficacy of these alternative products, room for discussion exists. Overall trial methods support tangible results rather than measuring efficacy and tolerance. And despite numerous trials, little is known about the long-term safety and efficacy of depigmenting agents.

Until a trial is double-blind, long-term, performed on proper phototypes, placebo-controlled and objectively measured, one cannot quantify strengths and weaknesses of these agents with full certainty for hyperpigmentation treatment.

Intensified action for a safer, more effective formulation than hydroquinone is welcomed. Such a formulation would ideally be non-irritating, safe over long-term use, and dermally and systemically effective in comparison with hydroquinone and placebo products.