Clearing the Haze Around CBD Cosmetics at SCC Annual Meeting 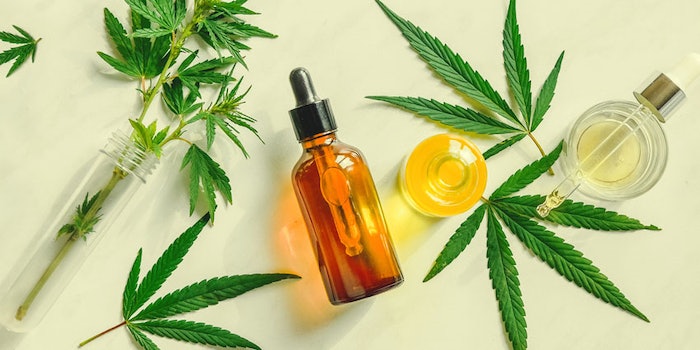 CBD, hemp, cannabis and variations thereof have infused the cosmetics market with claims for soothing, moisturizing and more in a virtually unmatched market boom. But where does the science stand, in terms of proven efficacy? And how are regulators responding?

The SCC Annual Meeting, held Dec. 17 and 18, 2019, in NYC, dedicated an entire conference track to this topic in attempt to make sense of it all. The session opened with James Baumgartner, Ph.D., of Panacea Life Sciences, who separated fact from fiction on the medical potential of industrial hemp. Following Baumgartner, Kenneth Hegel, of Cosmetic Insurance Services (a division of Frenkel and Company, and EPIC Company), shared the complications and challenges of insuring products that contain CBD.

Delving more deeply into cosmetic applications, Martha Tate, Ph.D., of Tate Consultants, reminded attendees of the types of claims that can be made for cosmetic products vs. drugs, and how these are substantiated. She also explored these claims within the context of commercial hemp- and CBD-based products to see what the current benchmarks are.

"Claims substantiation is based on characteristics that are meaningful to consumers," said Tate. "If the claims are purely cosmetic in nature ... such as 'soothes the skin' in the case of CBD, it’s pretty easy [and straightforward]; if they border on drugs, though it becomes a bigger mess." You may recall the recent warnings issued by the U.S. FDA for CBD products making druglike claims.

'To develop CBD-based products, it will take close collaboration between marketing, research and scientists, as well as statisticians and legal counsel.'

"We have to wait for the FDA to do more research and become more comfortable with CBD claims, such as its 'moisturizing' and 'hydrating' skin—although currently, there is no real evidence that CBD or hemp actually does anything in skin," she added. Furthermore, she underlined anything that claims to be enriched with hemp seed oil does not have much of the ingredient in it. "If you put the ingredient in the product you should test to see if you can still identify its presence," she said.

Her conclusion for existing commercial products is that most are marketing the hemp or CBD content rather than efficacy. "'Hemp' is called out on the label in big letters and in cannabis imagery. ... It reminds me of aloe vera, which has been around for centuries in various cultures." Aloe, known for its cosmetic skin-soothing properties and drug-like skin-healing benefits has become a legend believed by its users.

She concluded, "We need to understand the outcome of what CBD/hemp does, gather proof that it is great, and we need to know how, for example, rubbing hemp on the body impacts the body. To develop CBD-based products, it will take close collaboration between marketing, research and scientists, as well as statisticians and legal counsel."

Following Tate, Victor Mencarelli, of the Hain Celestial Group, gave a brief overview of the Hemp Farming Act of 2018 ("the farm bill"), the U.S. FDA's position on it and individual states' interpretations thereof; this, he says, is where the difficulty lies.

First giving the disclaimer that he is not a lawyer and his presentation reflects his own opinions, Mencarelli explained the key to the farm bill is that it explicitly removed hemp and its derivatives from the definition of “marijuana,” which explicitly changed the law without the right approvals. "So, even though hemp and its derivatives technically are legal, it doesn’t mean the FDA has approved them," he said.

Futhermore, while hemp is not illegal federally, individual states have their own say in the matter. "What we’re deadline with now is 52 rules, some good, some bad, some stupid, that don’t make sense; we're not even sure where some of them came from. It is the Wild West, and many states have different proposed rules." He added, "No one is sure whether the allowed 0.3% THC will get you high, but it will show up on sensitive tests conducted by some work places," and that in at least one case, a worker was fired over it.

'My gut instinct is that in 5-7 years from now, we will see a preemptive law coming out for Washington so we won’t have to deal with all of these state rules.'

"We’ve really gotten into a big mess around CBD, THC, marijuana, etc., whatever you want to call it. The problem is, there’s no data out there—and it requires animals to test. . . so, whoa now," he reacted, "you can't sell it in Europe," not to mention several states where animal testing for cosmetics is banned and the recently introduced Humane Cosmetics Act, which would ban it nationwide.

"Currently, 11 states allow the recreational and medical use of cannabis; six allow it for medical use only; three consider it illegal in all forms; the rest allow it for medical use only; and only 13 states have decriminalized it," he said. "It’s a mess, a patchwork of rules and total confusion. And the cannabis production state can get you in trouble with the local transport and vice-versa." He gave the example of producing cannabis in a permitted state but potentially having to transport it through a state where it's not allowed and, therefore, illegal.

"Key questions you have to consider are: What’s the potential for the product to be sold in a state with a ban on the use of CBD? What safeguards are in place for your own distribution? and what do you do if it’s only allowed for medical use?" Mencarelli added that it comes back to risk management; i.e., controlling the risk to your business and the likelihood of the product being sold in a state with regulations with which the product does not comply.

"My gut instinct is that in 5-7 years from now, we will see a preemptive law coming out for Washington so we won’t have to deal with all of these state rules."

During the Q&A session, one attendee posed the question: "Since CBD does have activity on the receptors, do you think once we know more about what it actually does that the regulations surrounding it will settle down?" To which Mencarelli replied, "I have no idea how long it will take to figure out what activations on ligands it is having, and the FDA needs to understand all of these facets as well as how to counteract them if necessary."

He reiterated Tate's view that there’s really not any evidence that the ingredient has skin-smoothing or moisturizing effects; although a presentation, yet to be presented (at press) by Genemarkers' Anna Langerveld, Ph.D., may shed some light.

Stay tuned as the "CBD for Cosmetics" session moves into Day Two of the Annual Meeting.