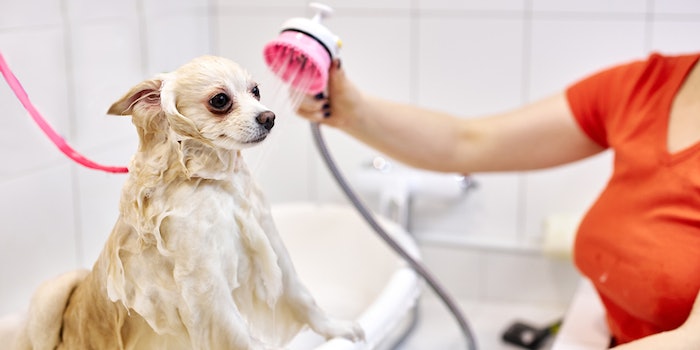 Burt's Bees is facing a class action lawsuit alleging the brand's 2-in-1 Tearless animal shampoo and conditioner for puppies and Oatmeal Shampoo for dogs falsely claim to be '99.7% natural,' according to a report by Top Class Actions.

Plantiff Moshe Goldfarb believes the company is deceiving consumers by marketing its pet shampoo as "natural" since the shampoo contains mostly synthetic ingredients (see ingredient list, below), which he self-investigated and determined. Goldfarb especially called out the ingredient coco-betaine, which he says is not natural or safe for pets if it penetrates their skin.

(Editor's comment: As an aside, personal care formulators will know the some coco-betaine ingredients are actually derived from coconut. But then again, how long has the industry emphasized that natural does not mean safer?)

The suit further points to dog and cat owners’ reports of pets dying after using the shampoos, likely due to toxicity from ingesting the products, one veterinarian reportedly stated. Goldfarb is seeking certification of the class action, and a permanent injunction preventing Burt’s Bees from labelling its shampoo as “all natural” or “totally natural.” He’s also seeking damages, fees, costs and a jury trial.

A Burt’s Bees spokesperson made a statement that a "not-insignificant percentage of the product consists of soap," Top Class Actions reported.

Cosmetics & Toiletries reached out for further comment and received the following response: “While we don’t comment on the specifics of pending litigation, we stand behind our products and the rigorous standards by which we formulate them. Burt’s Bees founders helped pioneer the natural beauty movement back in 1984, and today, we are proud of our continued track record as a leader in natural personal care, finding remedies for people and pets alike through trusted, consciously crafted formulas made with ingredients from nature.”

Ingredients are reported as listed on the company website.