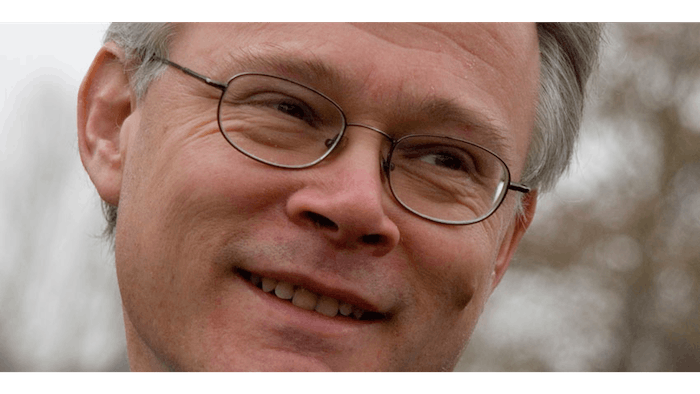 Editor's note: For the past few years, our "Words from Wiechers" series has considered the lessons our industry could learn from the late Johann Wiechers, Ph.D. He was an advisor (and critic) to not only the industry, but also to Cosmetics & Toiletries. He also was a dear colleague and insightful leader until his unexpected passing ten years ago this month, on Nov. 5, 2011, after contracting a dangerous form of pneumonia.

Presenting Wiechers' insights has been Tony O'Lenick, of Nascent Technologies Corp., who reviewed the chapters in Wiechers' book, "Memories of a Cosmetically Disturbed Mind," putting them into context with today's industry and market landscape.

This final installment is penned by Mark Chandler, president of ACT Solutions Corp. and current vice president of the national Society of Cosmetic Chemists, who carries on Wiechers' "Formulating for Efficacy" legacy in the namesake software. Here, he shares a personal account of interactions with Wiechers.

"My time with Dr. Johann Wiechers was an incredible blessing. His passing in November 2011 and a subsequent offer from Croda to retire early at 50 years old has allowed me to carry on some of the legacy of his work as ACT Solutions Corp. Difficult to imagine that we are 10 years hence. Johann has had a special place in my life since the 1990s. He was so much more than one of the most influential scientists our industry has known. Here are some of my accounts."

Acquisition connection. "My first interaction with Johann was in the 1990s. ICI had purchased the specialty chemicals businesses of Unilever (Unichema, National Starch and Chemical, Quest and Crossfield). Johann had been a researcher at Unilever in the UK following his doctoral work in pharmacy, which focused on transdermal delivery. He had transferred to the Unichema group, which was located in his hometown of Gouda, The Netherlands, when the acquisition took place and was already building a reputation for incredible science. The Uniqema business unit of ICI was formed from ICI Surfactants in which I worked with the Unichema business."

Sensory in emulsions. "Though best known for his work which ultimately became the science of "Formulating for Efficacy," his work on the influences of various components involved in the control of sensory in emulsions remains an incredible breakthrough. Early collaboration with the amazing formulation scientists at ICI including Dr. Chris Dederen, Marie Claire Taelman and Vincent Wortels resulted in the discovery that emulsifier controls all of appearance, pick-up and rub-out attributes, while emollient only comes in as an influence following rub-out of an emulsion on the skin, sharing equally with emulsifier in the influence. These facts are still being slowly comprehended by those believing that emollient controls all. It is time to adopt this, considering the work was done in the 1990s, presented at the 2001 SCC National Scientific meeting in NY, and published in the IFSCC journal in 2002."

Early collaboration led to the discovery that emulsifier controls all of appearance, pick-up and rub-out attributes, while emollient only comes in as an influence following rub-out.

Delivery science. "My first foray into trying to comprehend what Johann was doing in delivery science came in the 1990s, when he was unable to make a scheduled speaking engagement at a Connecticut SCC chapter technical event. I was asked to fill in for him at the last minute rather than missing the opportunity. Johann graciously gave me a crash course and I was off and running. Talk about learning by teaching! My next chance was not soon after at Procter & Gamble, always a tough but fair audience, where my job was merely to set up the recorded video of Johann and possibly answer a few questions—but the sound did not work so I had to do a Johann voiceover. Scary but fun, and probably quite entertaining."

Grace and humility. "On visits to the U.S., I would often accompany Johann at customer visits and conferences. Thinking I was ‘somebody,’ it was interesting to be with such an industry superstar and have people ask, 'Who is that with Dr. Wiechers?" I learn in church that having too much pride in oneself is not healthy, so travelling with Johann was good for my perspective. He was always an example of grace and humility. Afflicted with severe diabetes, which resulted in a loss of his night vision, he was not too proud to be led around after dark.

"He was a true learner and was a willing student of others with experience in areas important to him. Johann possessed the highest level of education and regularly work[ed] with those at the pinnacle of scientific research activity in industry and academia. When he visited the applications group I led in the U.S., he spent extended time learning from two experienced formulators, Philip Haw and Melody Boulden. Neither had university degrees, but he respected them greatly and approached them as a student willing to learn from their vast experience."

Industry recognition and beyond. "It was fun going to conferences with Johann, seeing him be the center of attention. I would assume is was similar to traveling with a rock star (remember, good for me and the 'pride prevention program'). To friends like me and Philip Haw, he was just our buddy Johann. At one conference, Johann was being presented with an award (again), and all Philip and I could think of while sitting in the front row was that he looked like a waiter ready to present the evening specials.

"It turns out that Johann was a man of strong Christian faith and quite a bible scholar. I had mentioned that I was going to a Friday morning breakfast bible study with the Christian Businessmen’s Connection and that I would pick him up at his hotel right after so that we could go to the lab and start the day. He exclaimed, 'no, I want to come to bible study!' I told him it would be an early pickup, but he was not to be dissuaded. None of the guys knew that he was a famous scientist, only that he was my work friend from The Netherlands. As you might imagine, he jumped right in the discussions and was an instant hit with the group. His next visit found him back again at the breakfast, this time among friends and fellow learners."

He spent extended time learning from two experienced formulators... Neither had university degrees, but he respected them greatly and approached them as a student willing to learn from their vast experience.

Team player—literally. "I coached competitive youth soccer teams for many years. I was in the midst of a season when Johann came to visit. As with the bible study group, Johann opted to participate in a scheduled practice session rather than rest and be picked up later for dinner. Still in his work attire, he helped with the drills and attempted to play goalie in a scrimmage at the end of practice as it was getting dark. It was quite a sight considering he did not have much sight without the light. Nonetheless, he brought energy and enthusiasm, though he was likely very tired.

"I had assumed that Johann being Dutch meant that he was a big soccer/football fan. It turns out that this was not the case, but he asked to help with the practice because he was a friend. I found out later from one of my other colleagues in Gouda that Johann used to bow out of the conversations at work when they turned to Dutch football, but that after one of his visits to the U.S., he started trying to join the fray. This friend [and colleague], Frans Groenhof, asked me, 'What have you done to Johann?'"

Branching out. "The years of collaboration and camaraderie were quite exciting and satisfying. In 2006, Croda purchased the Uniqema business unit of Croda, tripling its size. We, on the Uniqema side, learned to be a smaller company; the Croda team, a larger [one]. By 2007, I led the skin care applications effort for North America for Croda while Johann felt led to branch out on his own to form JW Solutions, creating a global consulting business. In early 2011, in collaboration with Professor Steven Abbott, the Formulating for Efficacy Software was launched to great fanfare."

Loss of a "great." "In November 2011, Johann passed away suddenly, leaving his dear wife, Hermy; three sons, Wouter, Robert and Erwin; and one daughter, Mirjam. They were all so special to him. The industry was still reeling at the 2011 December SCC National Scientific meeting, which was the 10th anniversary of his groundbreaking podium presentation on emulsions and sensory. We had lost a dynamic man of great intellect and insight. More importantly, we had lost a friend of great compassion and faith.

"I have been blessed to be able to spend time with Hermy on two occasions since Johann’s passing. She is a talented musician, leading musical activities which bless the church and the community. The children, now young adults, are doing well. Professor Abbott graciously transferred his share of the Formulating for Efficacy Software to ACT Solutions Corp, for which I am very grateful. Every time a user opens the software, they get to see Johann’s smiling face.

"Thank you for allowing me the opportunity to share these thoughts. None of us can be Johann, but I challenge you to consider how he lived and for what he stood."