Kevin Gallagher, From Lab Tech to Industry Leader: Looking Back 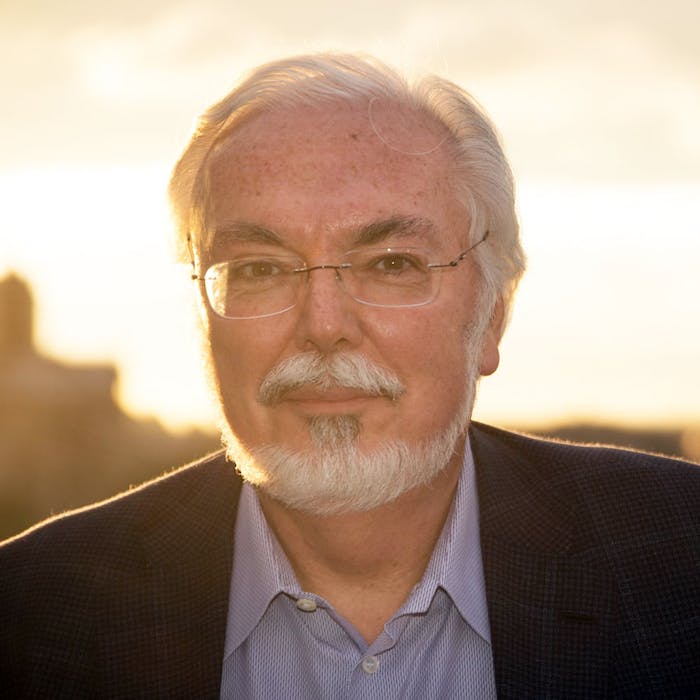 “I’ll miss the innovation,” said Kevin Gallagher last month, after announcing his retirement from Croda. While he most recently was president of the personal care and actives group for the company, his career spanned some 37 years. Cosmetics & Toiletries sat down with Kevin in an exclusive interview to talk about his past and his future. (View the Photo Gallery)

Where it All Began

C&T: How did you get started in the cosmetics industry?

KG: In 1975, I was going to night school at NJIT—back then it was still the Newark College of Engineering—and I needed a daytime job. So I applied for a quality control (QC) technician’s job at J.B. Williams Co., then part of Nabisco. The QC job was filled, but lucky for me, they were screening the same applicants for a job in R&D as a technician in the formulations lab. So I got hired for the R&D position.

C&T: Who were some of your mentors?

KG: In the early days at J.B. Williams, the R&D lab was a perfectly inverted pyramid, and I was the only lab tech. The great thing about it was I got to work with many formulation chemists. Bill Cotter was the chief chemist, and I really was hired to help alleviate his hands-on workload for aerosol projects. I was earning a chemical engineering degree at night, so I actually understood PV=nRT [the Ideal Gas law]. I also learned about formulations and ingredients from Lester Weintraub and Sam Franco.

When I joined Croda, I learned a lot about ingredient chemistry from our former technical director, Peter Cade. I also learned about marketing from Kurt Neulinger—then our marketing VP and a real genius of B2B marketing. In those days, our R&D department reported to marketing, so our innovation was very integrated.

I also had the opportunity to learn about organizations and processes from then-VP of operations Bob Fenner, who had worked for larger companies. The president of Croda Inc. at that time was Mike Cannon, and he taught me a lot of practical business understanding.

And I’ve kept on learning. I had these great teachers, but I’ve continued to learn from colleagues and people on my team as my career progressed. When I got to more senior levels in the organization, of course I learned from our former Croda International CEO Mike Humphrey, but I also learned a lot from the folks on my team.

A (Big) Blip on the Career Path

C&T: What led you to Croda?

KG: Also while I was at J.B. Williams, I had the opportunity to meet Graham Barker. He worked for ingredient supplier Witco at the time, and went around to consumer company formulation labs to talk about Witco ingredients and how to use them—sometimes putting on a lab coat for a demonstration. That had a big impact on me and was one of the reasons I accepted the job at Croda in 1978. I thought what Graham did was great.

When you work for a consumer products company, you don’t get to talk a lot about what you do because it’s all being developed commercially. I think there was a bit of a frustrated professor inside of me who found it appealing to go out and talk to people about technology. That was a big reason why I accepted the job offer from Croda to go to the other side of the fence—the ingredient side.

C&T: What are some of the greatest achievements you’ve had along the way?

KG: At work, forming and keeping together some great teams that achieved outstanding business results. I’ve enjoyed being part of ongoing development in the beauty care industry—an industry that continues to change at a remarkable pace. I’ve also been part of an evolution that has seen more and more technical support needs being filled by ingredient suppliers like Croda. That’s one of the reasons we’ve been so successful and I’m very proud of that success.

Nowadays, it’s not only about being innovative but being innovative in a sustainable way. Croda is building the first-of-its-kind (in North America) bioethanol to non-ionic surfactants plant, which will open in 2017. I’m very proud of being one of the leaders who helped make this decision and commitment to fully sustainable growth.

At home, my wife, Donna, has been an important part of my success. She’s always been fully committed to helping me—even when it’s meant long hours on the job and lots of time away on trips. I suppose it’s her achievement more than mine that we’ve stayed happily married and been able to raise three children. I’m very proud of our children, who are all very different and interesting people.

C&T: Can you talk more about the decision to build the bioethanol plant?

KG: Within the world of people who use ethylene oxide (EO), particularly in the U.S., where it’s only allowed to be shipped by rail, it’s been getting increasingly expensive to ship. And the people who make it are increasingly reluctant to ship it over any appreciable distances. So like many good things, it was born as a bit of a necessity in that we were concerned about what we were going to do about EO supplies going forward.

It kind of came down to two broad choices—and I’m simplifying here. One choice would have been to go down to the Gulf and locate at the end of someone’s pipeline. This would have eliminated the whole transportation issue with EO, and we would have made our nonionic surfactants there in the Gulf. But that would be doing what everybody else is doing. And while that might be best practice, and I emphasize might, for us, it’s not strategy. Strategy is what differentiates you from other people.

[The second choice was to] do something completely new and make our own EO on site from renewable resources. This option is a possibility only through fairly recent technology. The more we thought and talked about it, the more we came to the decision that the strategy for us was about differentiation. It also fit in with our platform of renewability and was more sustainable going forward—so it emerged as the better option for us.

The decision probably was more than a year in the making, with all the discussions and the questions, because another thing about it is: It is different from what everybody else is doing, so in that sense, people were right to question every aspect of it.

Learning on the Job

C&T: Tell us one major “lesson learned” in your career and the story behind it.

KG: Wow, there are a lot of “lessons learned” over the last 40 years. One big “lesson learned” is that we need to listen to the market. Back in 1990, concern was being raised over animal-derived ingredients. It was a hot topic. Now from a scientific perspective, it was difficult to understand. The animals typically were slaughtered for food, so the ingredients were byproducts and the animals were not being sacrificed specifically for the ingredients. So from a scientific standpoint, it really was difficult to understand and wrap your mind around it. While it wasn’t “scientific” to turn our backs on so many highly functional ingredients, the reality was that consumers, and our customers, no longer regarded these ingredients as positive and beneficial.

I had the good fortune to be part of the development of this class of ingredients, along with our technical guru, Roger Jones, then-technical director of Croda Colloids. It was a difficult decision, but I decided we needed to make the change to vegetable-derived ingredients, including proteins, and make this our No. 1 priority. We shut down all other work in our U.S. labs in order to help develop and test the new vegetable-derived versions of all these highly functional protein derivatives.

Vegetable-derived ingredients for cosmetics were a first, and often based on food ingredients or by-products of food manufacturers. We were the leaders at that time in supplying many different kinds of proteins and derivatives based on collagen and keratin. Since these ingredients were different, though, and many customers at the time felt vegetable derivatives did not perform as well, it led to substantial investments in our performance testing capabilities for both skin and especially hair. Our ability to help measure ingredient and consumer product performance, as well as help support our customers’ claims, has become a real key element in our continued success at Croda.

C&T: Does this concern over animal ingredients echo in today’s “vilified ingredients,” like preservatives?

KG: It does and it doesn’t. They both relate to bigger issues, and I understand the sensitivity over using animals—I began to learn it back then. The concerns we see now relating to certain kinds of ingredients are a different sort of logical error. People are confusing the fact that if a small amount of something is bad for you then you should stay away from it altogether. They’re ignoring the scientific aspects of toxicology, where [concerns] are dose-dependent.

There’re a couple dozen carcinogens in a cup of coffee, and the reason they don’t give us all cancer or make us sick is the fact that they’re all at a threshold level beneath which they’re going to have an effect on us. Unfortunately, I think this is very difficult for non-science people—and in many cases, non-toxicology people—to understand.

There’s a great book written by Canadian journalist Daniel Gardner called “The Science of Fear.” It’s definitely worth a read. It will help you understand technophobia and chemophobia in a completely different way. He went to the trouble of talking with psychologists and social scientists who have researched what causes human fear. He did a very thorough job of tracing back to how people’s misunderstandings lead them into fear. They might be irrational fears but they’re real.

C&T: You mention substantial investments to support the claims for these new ingredients. What did you invest in?

KG: It involved buying instruments to take measurements, [performing] salon studies, hiring additional resources in terms of people so we could do formulations and better understand [the ingredients]—and do all the laboratory work. It really was an investment across the board. It was one of those situations where we literally had to shut down our applications laboratory and everything else that was going on to handle this. From a business decision standpoint, it had to be given top priority so it meant moving everything else aside, at least for a period of time.

(Continued to part two, Looking Ahead)