Color Corrections in Light of New Claims at SCC Annual 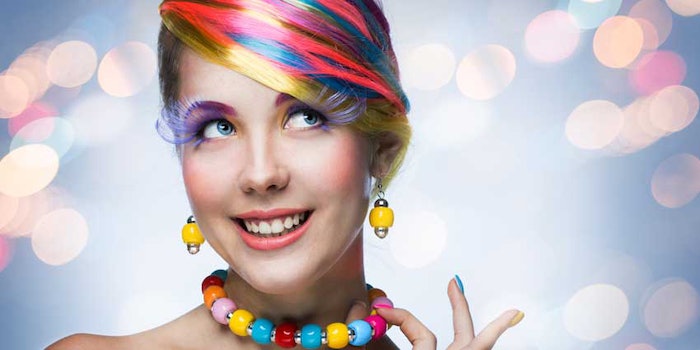 Color cosmetics have experienced the same consumer demands as other beauty categories; for example, formulas with 'clean,' organic and natural claims. In addition, users expect long wear properties and a good, lightweight skin feel—not to mention the basics of good pigment dispersion.

During the 2019 SCC Annual Meeting and technology showcase, color cosmetic experts Jane Hollenberg, of JCH Consulting; Hy Bui, Ph.D., of L'Oréal USA; and Jaemi Ong, of Croda Inc., presented on these and other related areas.

Hollenberg opened with a frank criticism over recent label claims. "'Clean' is totally bogus. As we heard earlier from [Caulfield], brands like Goop are making claims with no basis in fact. That pretty much has gone the way of all things. ... The 'clean' claim really pains me. [Also, 'sulfate-free'] but sulfate is an anion and has nothing to do with anything. I believe that silicone on the skin is one of the more inert chemicals. It’s even used in contact lenses and allows air to pass through."

She continued with concerns over glycols and parabens. "Yes, there are some studies [flagging these ingredients but] they are flawed and various bodies have declared these ingredients safe over and over again; but most of us have stop using them, to our detriment." She added formulators knew how to use the ingredients in safe and effective ways. "[But] now, we’re embarking on trying new substances at new levels ... with no idea of what levels to use in what formats; with parabens, we knew."

She opted out of the talc and sunscreen debates but highlighted fragrance as a leading cause of allergic reactions in cosmetics. "I don’t think it belongs in makeup, just fine fragrance or small amounts in skin care."

''Clean' is totally bogus. As we heard earlier from [Caulfield], brands like Goop are making claims with no basis in fact. That pretty much has gone the way of all things.' -Hollenberg

Hollenberg then turned to the discussion of formulating foundations, noting there are legal definitions for product development using color additives including iron oxides and titanium oxides. She also reminded attendees of the functions expected from modern color cosmetics. "Foundations are meant to provide color to the face, improve appearance and look natural at the same time. To distribute them on the face, they need adequate playtime and wear. Sometimes [foundations also] include skin protection ingredients for SPF, environmental stress or even focused treatments for oily and dry skin.”

She noted emulsion-based foundations first emerged in the mid-1950s and lasted through the 1980s. These mainly were o/w, anionic or anionionic/nonionic. "This is because pigments usually have a negative charge so they don’t coagulate [in this product form]. Anionic emulsions just work better,” she said.

However, the development of polymeric, silicone-based emulsifiers opened up new product formats. "The problem is many of these are not 'clean' or organic; although the esters may be organic. Pigments are synthetic." She then gave examples of "cleaner" foundations. "The thing is, these emulsions don’t feel as good for foundation. They have a reduced volatility and heavier feel, so you have to compensate. For example, sunscreens can help absorb oils."

Hollenberg believes, however, that in the move toward silicones, formulators forgot how to make o/w formulas. And, if formulators opt to replace viscosity agents in traditional formulas with those that are "clean," a viscosity test should be performed. She added, "one comment I have about the natural oils we use is: we have to learn more about them. ... we should do comedogenic testing since we don’t know how they work."

Circling back to claims and consumer beliefs, Holleberg added, "We need to tell people about the PCPC website and highlight both our efforts and their education efforts." As for identifying new ingredients for product development, "As formulators, we need to look for useful technologies particularly from the foods industry," she advised.

Bui gave a very technical discussion of the physical properties of long-wear cosmetics—after which, to the relief of several (including this editor), he assured attendees that if they walked away understanding even 30% of what he presented, it could help them to formulate better cosmetics. He noted that challenges in creating lasting cosmetics are different when moving from lipstick to mascara forms. In addition, he gave an overview of silicones in cosmetics as an approach to long wear performance, and how critical pigment volume concentrations from ink technologies can provide inspiration.

The challenge in longwear is making it food-proof and sensorially pleasing but easy to remove. ... It needs to be 'rubable' but removable.

Bui referenced Hollenberg's talk, highlighting the importance of sensory characteristics in cosmetics. "The challenge in longwear is making it food-proof and sensorially pleasing but easy to remove. ... It needs to be 'rubable' but removable. It needs to give an even skin tone and protect skin (most foundations do). ... [In relation to] mascara, within the last five to seven years, we've been [thinking in terms of] semi permanent mascara that can last long—up to three days. But again, these products need to have good sensory properties. They need to have a good sense of touch and rub on the face," he said.

In developing long-wear products for the skin, eyelashes and lips, Bui highlighted three main challenges for product developers: 1) understanding the elasticity and surface roughness of the substrate; 2) factoring in sebum/sweat; and 3) considering the Young’s Modulus of the film to ensure it is sufficiently elastic. He noted that skin, hair and lips have a very low surface energy.

Bui then delved into a discussion of silicone chemistry to explain the ways it can impart varying functionality and organic compatibilities. He explored some fundamentals of polymer science and explained how molecular weight affects viscosity; for example, he discussed properties such as chain length and entanglement, i.e., wrapping like a noodle, which forms viscosity.

"Knowing the molecular weight will help you to formulate because you can understand the entanglement properties," Bui said. He added that a recent publication came out in 2015 describing how amorphous silicone polydimethylsiloxane (PDMS) can form crystals.

"You have to balance adhesion and how pigments stick to the skin [or other substrate]," said Bui, noting an approach used by L'Oréal to circumvent P&G and Revlon patents; specifically, utilizing PDMS as a plasticizer vs. a tackifier. "If PDMS has a low viscosity, then it acts as a plasticizer," he explained, providing additional details of the P&G patent in comparison with L'Oréal's; the molecular weight and Young’s Modulus of silicones in relation to elasticity; a look at Young’s Modulus as a function of temperature; MQ dispersed in PDMS; the use of nylon-611/dimethicone copolymer as a film-former, etc.

Additional details of Bui's discussion fell within the "remaining 70%" of "not understood" by many attendees, although he provided contact information for further discussion. With a technical background in rheology, and colloidal and polymer science, Bui holds a level of expertise in these areas known only to a select few in the industry; although according to Bui, he mainly, "hoped to help scientists do better formulation in the future." No doubt, seeing the impact of these various parameters on formula properties will open their eyes to better product design.

Finally, Ong provided attendees a "Pigments 101" refresher before leading into her discussion on characterizing dispersions. "Pigment, here, refers to insoluble solid colors that are either inorganic (these are synthetic and typically duller or more opaque; they can be sunscreens, ultramarines and/or TiO2); or organic (these are carbon-based, usually brighter and are both synthetic and natural; these usually are lakes, where a dye is absorbed onto a substrate)."

To determine the overall stability of the dispersion, Ong recommended using rheology measurements.

She then defined a dispersion as, "the homogenous suspension of solid phase in liquid with additives like wetting agents. These additives can enhance the stability of the dispersion. ... and ideally, a dispersion should be smooth and contain particles less than 5 microns in size, all uniform," Ong said. She added, "They also should demonstrate no streaking."

Ong explained the steps to create a dispersion, including wetting the pigments first with the carrier medium, then breaking down agglomerates using a mill or roller, which further surrounds the particles with carrier medium. She noted flocculates can occur.

Ong gave a case study comparing dispersions made using Red 7 Ca lake vs. TiO2. Five carrier oils were used for dispersion. All were 30% pigment and 70% carrier. These were passed through a mill in the same manner and their viscosities were recorded. Ong noted the Red 7 acted like a sponge and absorbed the oil, creating a lower-viscosity dispersion. She then examined the stability of the dispersions over the course of one week.

"In some cases, the dispersions became more liquidlike. This meant either the system was less stable and particles were flocculating out, or that it took longer for the carrier to completely wet the pigments," she explained.

See additional highlights from the SCC Annual Meeting in our Facebook photo album. 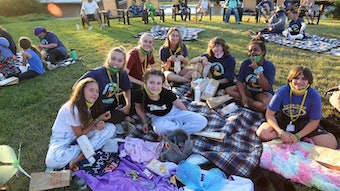 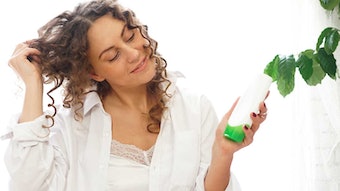 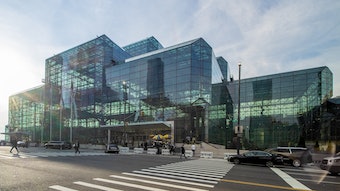 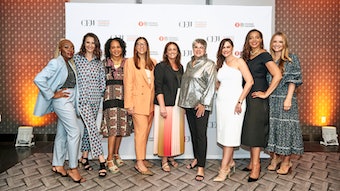 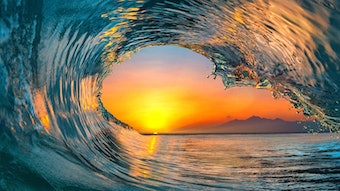 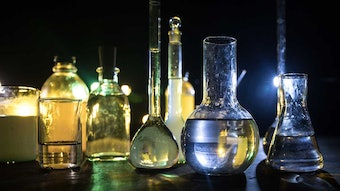 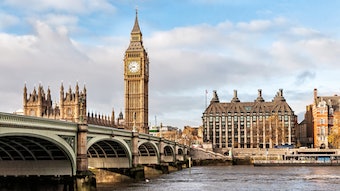 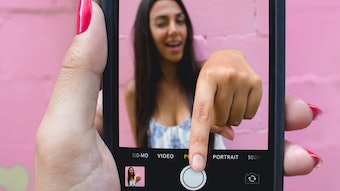 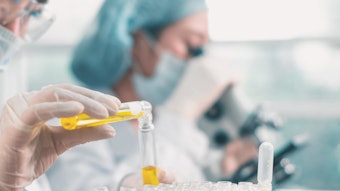