VivGlowTM Gets Your Shimmer Back 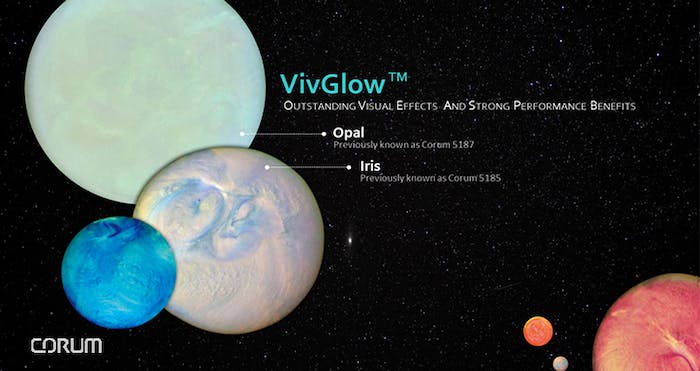 Natural radiance and optimal skin hydration are best related to young and healthy skin. A magical cosmetic touch can further bring out the playful and youthful in you. What can be better than boosting radiance in-and-out with natural-based liquid crystals?

What are liquid crystals

Liquid crystals are organic compounds existing in a state between liquid and solid crystal forms. They are jelly-like materials which resemble liquids with viscous properties and crystals with light scattering properties. Liquid crystals could add glittering effects to cosmetic products, and serve as a stable emollient protective layer in emulsion form, leaving skin shimmering and feeling soft and smooth.

VivGlowTM gets your Unicorn Glow

VivGlowTM (INCI: Cholesteryl isostearate, Cholesteryl chloride, Cholesteryl nonanoate, Silica) was developed by Corum and was initially launched as Corum 5185 and Corum 5187 in 2008. It has been used in commercial skincare products for its outstanding moisturizing effects in the past years. The latest unicorn beauty trend put these two products back in high demand again. VivGlowTM is a non-animal derived cholesterol ester derivative which functions in similar manners as cholesterol esters on the skin. Its great skin affinity results in deep transcutaneous absorption. With the attributes of liquid crystal, it gives the iridescent and interference effects by diffracting the full spectrum of visible light.

VivGlowTM is available as VivGlowTM Opal and VivGlowTM Iris, with its natural holographic pinkish and greenish-blue glow. The aesthetic effects can be enhanced by adding pigments to achieve a stronger contrast of magical waves, or it can be turned into holographic chrome shades with the use of a dark base. 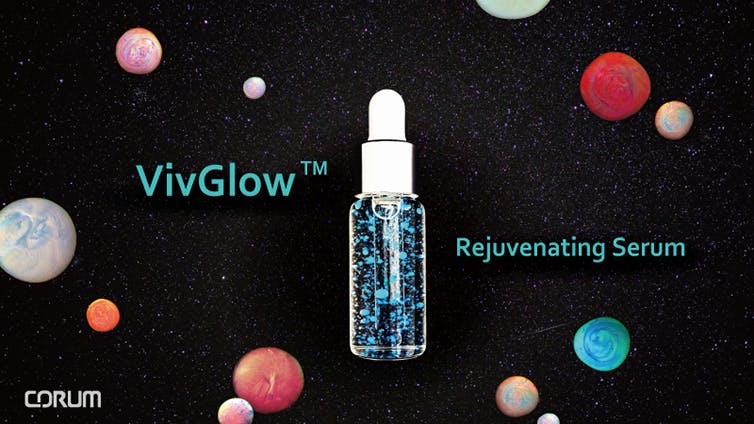 VivGlowTM can be used in skincare and makeup products, such as lip gloss, eye cream and serum. A 1% VivGlowTM rejuvenating serum with anti-aging peptides can improve skin suppleness and reduce signs of aging, giving you a perfect glow with complete hydration.