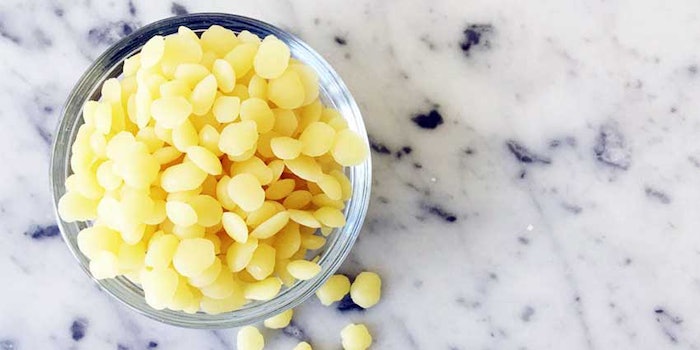 Moisturization remains the main objective of skin care cosmetics, coupled with secondary functions such as anti-wrinkle, firming or brightening benefits. The moisturizing ability of a formulation principally is imparted by the use of polyols, mainly glycerin. Glycerin can help attract water from the formulation or the atmosphere and retain it in the epidermis. Added to an emulsion at levels between 3% and 10%, glycerin ensures a good level of hydration that is maintained for several hours; the duration of this effect depends on the rest of the formulation.

Many emollients, such as mineral oil and some silicones, act as occlusive agents and help to prevent the evaporation of water from the skin. Other emollients may not necessarily play an active role on hydration but instead help to maintain the soft and smooth feeling of the skin, giving the impression of better moisturization. In addition, a number of moisturizing actives act upon the lipidic cement of the horny layer, the glycoaminoglycans (GAGs) or the skin’s natural moisturizing factors (NMF). These tend to have longer-term effects since they act on the skin’s biological mechanisms. The hydration of the skin largely controls the consumer’s perception of comfort; i.e., tight, dry skin is often related to insufficient moisturization. To address skin moisturization with a natural solution, the authors describe an ingredient of natural origin that is capable of improving skin moisturization in the present article.

Plant waxes, complex substances which vary in composition between different species, are essential to plants to prevent excessive water loss and dehydration.1 For example, candellila wax protects the candellila plant from the high temperatures and winds found in its natural habitat—the desert. Plant waxes can play a similar role in cosmetics by preventing dehydration via an occlusive effect. They mainly are found in sticks and anhydrous products and principally are used for thickening benefits. The presence of plant waxes in emulsions and creams is much less widespread due to solubility and stability challenges; i.e., the waxes often recrystallize in the formulation. Moreover, plant waxes form an occlusive film on the skin’s surface that, because of the hardness of wax, gives a rough, dragging feel. In an attempt to maintain the anti-dehydration capacity of plant waxes while removing these disadvantages, a select blenda of jojoba, mimosa and sunflower seed waxes was functionalized using vegetable polyglycerol.

Jojoba wax, the only existing liquid wax, essentially consists of long chain monoesters of unsaturated fatty acids and alcohols.2 It often is used in natural cosmetics to add spread and softness, and because it does not cause oxidation problems. Sunflower seed wax, a hard wax with a high melting point, is composed principally of mono-esters of long chain saturated fatty acids and alcohols of length C20 to C26.3 It is used to bring viscosity, is low in color and presents excellent thermal stability. Acacia decurrens (mimosa wax) is a more complex composition, containing an association of free fatty alcohols and saturated mono-esters as well as a proportion of inert hydrocarbon chains. These contribute to the protecting nature of the wax and the film forming properties.4

A precise blend of these three waxes was functionalized with vegetable polyglycerol-3 using two reactions that occur simultaneously, transesterification and polyglycerolysis.5 Polyglycerolysis of the wax esters creates polyglycerol-3 wax esters. The polyglycerol brings both mobility and amphiphilic properties to the plant waxes, giving them improved texture and compatibility in formulation. Transesterification between the different waxes creates new esters that combine a saturated and an unsaturated carbon chain (see Figure 1). These esters possess physicochemical properties that are intermediate between solid and liquid waxes, as will be shown.

The sensorial advantages and the moisturization input of the polyglyceryl wax ester blenda was tested in several all-natural formulas (see Table 1) since such formulas often employ a majority of vegetable oils that, while imparting a rich feel during application, tend to leave a dry feel several minutes after application, thus giving the impression of a lack of moisture and comfort. This principally is due to the absence of a protective film on the skin surface. The sample formulas contained either the test blend or deodorized lanolin (positive control), since it presents well-known efficacy for improving hydration and comfort in dry skin. The effects were evaluated using both sensorial analyses and instruments to measure the perception of moisturization and the true effect.

A sample of each formulation was applied via a micropipette to the back of the subjects’ hands. For each parameter evaluated, panelists rated the sample between 0 and 10. The parameters included: softness, initially and after 1 and 5 min; spread; and film-forming effects (see Figure 2). The results showed that the polyglyceryl esters improved spreading and left a feeling of softness on the skin, which increased with time.

These results can partly be explained by the supple nature of the jojoba esters combined with mimosa or sunflower seed wax. The molecules, while maintaining a film-forming and protective role, do not impart a rough feeling on skin that is characteristic of non-modified waxes because their solid content is lower. In addition, the dry feeling typical of natural formulations is reduced because the perceivable yet light film of the polyglyceryl wax esters remains on the skin surface. Such characteristics suggest these polyglyceryl wax esters for creams and lotions where moisturization and nutrition without a heavy feeling are desired.

In addition, the stability of the formulations containing the material was evaluated: at room temperature for 6 months; at 40°C for 3 months; and at 50°C for 1 month. Whereas raw waxes in an emulsion tend to destabilize due to excessive recrystallization within the oil phase, the contrary effect was obtained with the polyglycerol-3 modified blend. Indeed, the amphiphilic nature of the polyglyceryl-3 esters means that the oil and water phases are compatibilized. This translates into a co-emulsifying capacity in oil in water emulsions and improved heat stability at 45°C and 50°C.

A 4-week clinical study was carried out on 25 volunteers, ages 28 to 68, with dry skin. Two formulations (E and F, shown in Table 1) were applied twice daily to subjects’ forearms, one containing 5% of the polyglyceryl wax ester blend, and the other containing 5% lanolin. Three types of measurements were taken to evaluate the moisturizing efficacy of the formulations: corneometry, transepidermal water loss (TEWL) and evaluation of the skin’s microrelief by microscopy, followed by visual evaluation by a dermatologist.

Corneometry: Corneometry measures the skin’s free water content. On the test area, the higher the electrical capacitance, the more moisturized the stratum corneum. Results of the corneometry measurements are shown in Figure 4. The entire panel showed a higher level of moisturizing efficacy after treatment with the formulation containing the polyglyceryl wax ester blend with the average level of moisturization increasing by 23%. This improvement is similar to that seen with the use of 5% lanolin.

The moisturizing effects shown both by corneometry and TEWL are likely due to a semi-occlusive film-forming effect of the polyglyceryl-3 wax esters. This film, while allowing the skin to breathe, prevents excessive water loss and appears to have a durable effect.

Skin microrelief: Under a microscope, the skin’s surface network or microtopography shows the presence of visible furrows. This surface, known as the skin microrelief, is an image of the skin’s moisturization level. With aging or dry skin, the microrelief becomes uneven and disorganized. Therefore, an improvement of the surface aspect quality and the microrelief sharpness translates into an even, organized network and brings about improved skin flexibility and firmness. As shown in Figure 5, the quality of the skin surface of the 25 volunteers was better than the untreated control and even more regular than the lanolin treated skin after the application of the formula containing 5% of the polyglyceryl wax ester blend.

Self-assessment: In a second study, two formulations—one containing 5% of the polyglyceryl wax ester blend (Table 1, C) and the other, 5% deodorized lanolin (Table 1, D)—were blind tested internally on an panel of 16 women over a period of 7 days. The creams were used twice daily, morning and evening. At the beginning of the test, the panelists were asked for their impressions of each cream (see Figure 7). The results clearly showed a good overall satisfaction level and strongly perceived moisturizing effect of the wax ester complex, confirmed by 100% of the panelists. A feeling of nourishment was also felt and the skin appeared protected and reinforced, without the sticky or rough feel generally associated with film-forming ingredients. These pleasing sensorial benefits suggest it could have an advantage over lanolin in formulations for treating dry and dehydrated skin.

The described plant wax-based ingredient, created by the reaction of natural jojoba, mimosa and sunflower seed waxes with vegetable polyglycerol, results in a complex of hydrophilized wax esters that are simple to use and sensorially pleasing on the skin. When added to cosmetic formulations, the polyglyceryl wax esters significantly boosted moisturizing activity. In addition, corneometry, TEWL and self-assessment measurements revealed a moisturizing performance equal to or better than lanolin. Finally, the polyglyceryl wax ester blend greatly improveed the microrelief of the skin, and the skin remained comfortably hydrated and nourished.

This study is a clear demonstration that cosmetic ingredients obtained from plants are not only a good marketing story, but also are capable of replacing ingredients of animal origin that have proven their efficacy for centuries. As a result, the natural formulations of tomorrow will not only be greener, they will feel and work better.

b The Tewameter TM 300 used is a device from Courage and Khazaka.