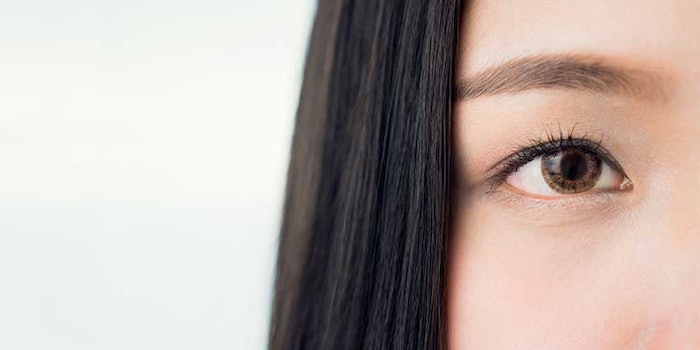 The way a cosmetic product is applied is vital to its efficacy, and nearly every product segment has its own set of application rules. Creams, lotions and serums targeted to the eye area, for example, often are applied using the ring finger in a light dabbing motion—since, as many mothers have explained to their daughters, excessive rubbing on that delicate area can result in premature wrinkles.

This century-old practice, however, is not as effective as women think, according to Robb Akridge, PhD, co-founder and vice president of clinical research for Pacific Bioscience Laboratories, the company responsible for the Clarisonic brand. While the brand is known for cleansing systems, a trip by Akridge to a high-end department store inspired him to take the brand in a new direction. There, he witnessed a beauty advisor dabbing eye serum on a customer, which prompted him to investigate the motion further. His research resulted in the Clarisonic Opal, a device designed to sonically infuse eye products into the skin.

Sonic Infusion
Akridge’s first step involved replicating this dabbing motion. To do so, he brought the idea to a company engineer, who immediately likened the motion to that of a tattoo gun. “Our first prototype involved a tattoo gun with the tip of a needle cut off and a hard rubber pad secured on the end of it,” noted Akridge. However, after testing the prototype on his own skin, Akridge found the device did not work and felt terrible. The prototype was then re-engineered for proper absorption by modifying the rate and angle of application, as well as the rubber pad.

The rubber pad was changed first, which was re-tooled as a cup at the end of the device. This cup, which served as a well for serum, felt better on the skin and improved the absorption of the product. Akridge explained, “Tapping the skin is just getting the serum into the top layers. Nudging the skin at a sonic rate pulls the skin out just enough that as it goes back, the cup acts like a squeegee, backfilling all the air pockets and areas missed by the fingers.” The device then was put through optimization and development phases, where the team worked with different motors and motions.

While testing the product, the company made a few discoveries about the dabbing motion used by women around the world. For one, according to Akridge, the shape of the finger is not optimal for product application. He noted, “When women touch their skin straight down, it causes the serum to [move] out to the side rather than [to its intended site of application].” Akridge’s team also found that the dabbing motion was not the best for increased product absorption. “[Moving] in an arc back and forth along the eye area allowed the cup to increase the absorption in the upper levels of the epidermis,” he noted.

The frequency of the device was another important parameter. “A slow frequency resulted in low absorption and a fast frequency did not feel good on the skin,” Akridge explained. The team therefore utilized a sonic frequency, the frequency at which audible sound frequency is converted to mechanical energy, and discovered that 125 Hz yielded the best level of product absorption.

Product Accompaniment
In addition to the device, Akridge’s team developed a serum using several marine-derived materials such as collagen to increase skin moisture and restore tissue fullness, glycosaminoglycans and elastin to firm and tighten the skin, and acetyl citrull amido arginine, a marine peptide, for its antioxidant protection. Additionally, botanicals chosen included: prickly pear extract and trehalose to hydrate the skin; African sausage tree fruit extract to firm the skin; and, for their antioxidant protection, Canadian willow herb and oat kernel extract. According to Akridge, he choose several ingredients that do the same thing for a reason. “I wanted to take a multilayered approach, similar to the immune system,” he said.

Akridge tested the serum to ensure that its viscosity worked well with the sonic motion. “The product in the cup [must] have a gel viscosity, so [that] when we put it into the cup, it stays in place. The way the cup moves, it kneads the skin and it turns the gel to a liquid with the body heat and the sonic motion.” He added that this allows for improved spreadability and evenness of coverage of the serum around the eye area.

In addition, the serum had to be at the proper pH. “We did not want an acidic formulation moving at 125 touches a minute; therefore, we designed a formulation with pH 5.5,” said Akridge.

Future Outlook
The company has extensively tested the device on women aged 18–65 and has found no adverse reactions. Plans for new formulations to use with the device are under way and may possibly include spot treatments, such as for hyperpigmentation and acne.