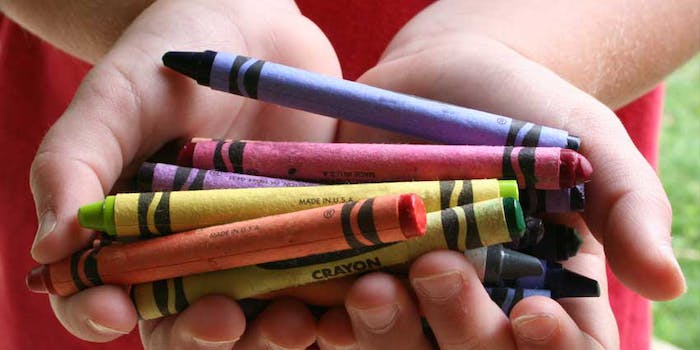 In 2009, while researchers at Oregon State University were exploring materials to use in electronics, they developed a new pigment by mistake. YInMn blue was the first blue pigment found since 1802 when Louis Jacque Thenard, a French chemist, discovered cobalt blue. Recently, Crayola announced plans to add the new blue to its box of crayon offerings.

As the story goes, Mas Subramanian, professor at Oregon State University and chemist, discovered the bright, brilliant blue when a student used a combination of yttrium, indium and manganese in his lab. The pigment was developed at high temperatures and is a stable compound, which does not react with various temperatures, water or acid. YInMn blue is also reproducible and reflects heat, which helps keep objects or spaces cooler.

“It was serendipity or a happy accident because we weren’t looking for it,” said Subramanian. “Most science discoveries come from an unexpected place.”

This pigment will soon be used by Crayola as the newest blue crayon. The company anticipates the crayon's availability for purchase by the end of 2017. Crayola is also hosting a competition to give the crayon a catchier name.

Before the color is available for purchase, the pigment must undergo testing by the Shepherd Color Company and pass toxicity tests to receive the U.S. Food and Drug Administration’s approval. The Shepherd Color Company makes colors not only for crayons, but also house, automotive and warship paints, which are other potential applications of YInMn blue.

Using the same chemical structure but substituting magnesium for other elements such as zinc, iron, copper and titanium, Subramanian has also since created orange, green, purple and turquoise pigments.

“Creativity and innovation are part of being a successful scientist,” said Subramanian. “As chemists, we are just like kids. So I understand the excitement of adding a new color to the box. For me, it’s like adding a new element to the periodic table. The possibility of creating new materials will be endless.”

While cosmetic implications for the pigment were not identified, this could spark a new color trend. Or even give insight toward the development of novel color cosmetic pigments. 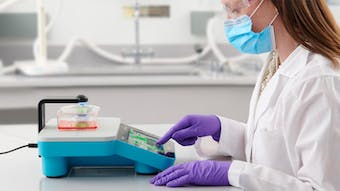