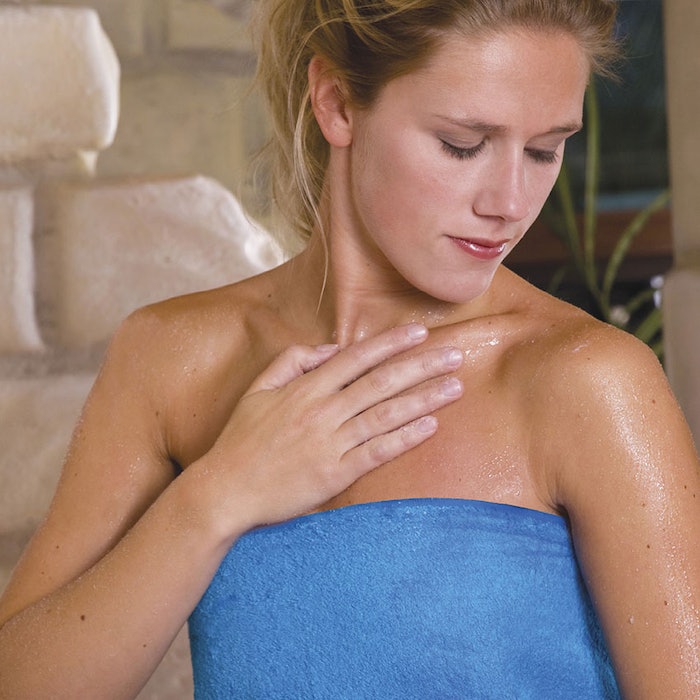 A primary barrier function of skin is attributed to the stratum corneum (SC), which protects us from mechanical insults, UV light, pathogenic microorganisms, chemical compounds and other percutaneous penetrants. Ngo et al.1 delineates 15 factors involved in percutaneous penetration—although there are presumably more—demonstrating the complexities of this process. Expounding upon these factors will help to maximize the biologic effects in skin and cosmetic care.

Dermatologists often recommend rubbing to apply topicals. However, quantitative studies that support the efficacy of rubbing remain scarce. Meanwhile, no data exists regarding rubbing’s effect on cosmetic and skin care formulations. While research does indicate rubbing can significantly increase the absorption rates of some chemicals, more and stronger evidence would allow patients and consumers to confidently proceed with rubbing to apply treatment regimens and skin care routines.

This overview elucidates existing work that shows how rubbing can enhance skin care product effects (see Table 1). It also highlights the need for more in-depth investigations to specify the mechanisms of massage that can further improve the efficacy of cosmetic and skin care ingredients.

Rubbing affects the skin’s exposure to chemicals, but data regarding these effects is sparse and controversial at best. While some evidence suggests rubbing increases absorption, others find the opposite.

For example, early research by McMaster et al.2 showed no influence of massage on hydrocortisone cream dermal absorption in vivo after application to the naked retroauricular area of the guinea pig and abdomen of the rhesus monkey. However, it is difficult to compare McMaster’s early study to later studies performed ex vivo. Later studies also directly measured absorption in skin, quantifying the concentration of drug present, while McMaster et al. analyzed diffusion coefficients and excretion rates.

In 1993, Treffel et al.3 showed that while the application of 5 mg/cm2 of caffeine was unaffected by pressured application (0.25 bar over atmospheric pressure for 30 min), the application of 240 mg/cm2 of caffeine under pressure significantly increased permeation (1.8×). In 2010, Ishii et al.4 conducted ex vivo skin penetration studies of triamcinolone acetonide in white petrolatum ointment base through hairless, male rat skin and found that rubbing increased the skin permeability of drug entrapped in the ointment.

Hasler-Nguyen and Fotopoulos5 also conducted ex vivo skin penetration studies of an anti-inflammatory medication—specifically, the topical non-steroidal anti-inflammatory drug diclofenac. They demonstrated that application of 1.16% diclofenac-diethylamine gel, followed by 45 sec of rubbing, increased diclofenac flux through human skin by up to fivefold after 8 hr. However, after 24 hr, the amount of diclofenac that penetrated through skin with rubbing was identical to that of the application without rubbing.

They also found that rubbing skin for 45 sec decreased its electrical resistance twofold, compared with standard application. And, compared to application without rubbing, the application of the 1.16% diclofenac-diethylamine gel with rubbing tended to result in higher accumulations in the stripped skin versus the superficial skin layers. These results suggest rubbing may alter the superficial skin layer, resulting in a faster transient initial diffusion of topically applied diclofenac through the SC, into the deeper layers of the dermis, and to the target tissue.

Data regarding the effects of application via rubbing is sparse, and that available is controversial at best.

Most recently, Nguyen et al.6 evaluated the effectiveness of four rubbing techniques in an in vitro skin penetration study of salicylic acid. Researchers rubbed 2% salicylic acid gel onto dermatomed porcine ear skin by using either a vertical glass rod, horizontal glass rod, rheometer or gloved finger for 15 sec with a constant pressure of 50 g. Different rubbing methods resulted in different amounts of gel remaining on the skin after rubbing. Thus, the post-rubbing gel amount was normalized by applying various volumes of gel before rubbing such that equal amounts of gel remained on the skin in each test group after rubbing. The permeability of the salicylic acid was then investigated using a vertical Franz diffusion cell.

The mass of salicylic acid in the skin was quantified via tape stripping, skin extraction recovery and reverse phase high performance liquid chromatography. Results revealed the control group, in which no rubbing was performed, showed the highest amount of drug remaining on the skin surface. In contrast, the group utilizing gloved finger rubbing left the least amount of drug on the skin surface. This confirmed previous results from Treffel et al.,7 Ishii et al.8 and Hasler-Nguyen et al.5

Interestingly, the amount of gel remaining on the skin after rubbing by the vertical glass rod was significantly higher than by the horizontal glass rod and rheometer groups. Also, rubbing with the gloved finger delivered higher amounts of salicylic acid into the SC, epidermis and dermis than the other three groups as well as the control group.

In permeation studies, no statistical difference was demonstrated between the mean cumulative amount of salicylic acid in the receptor after 24 hr in different rubbing groups. However, vertical glass rod rubbing had an increase in flux 1.5 times higher than that of the control group, as well as the horizontal glass rod group. Similarly, as previously mentioned, Hasler-Nguyen et al.5 reported an increase in flux of diclofenac at 8 hr but no effect of rubbing at 24 hr. Therefore, it seems that rubbing facilitates the rate rather than the cumulative amount of drug delivery.

Furthermore, rubbing seems to affect transappendageal penetration, increasing permeation and deepening penetration. In relation, in 2014, Trauer et al.9 showed that massage increased the follicular penetration depth of liposomes up to a factor of 5.

It seems that rubbing facilitates the rate rather than the cumulative amount of drug delivery.

Massage also has been identified as important to decontamination procedures using reactive skin decontamination lotions (RSDLs). In chemical warfare, applying an RSDL is key to decontamination. It works by partitioning toxicants away from the skin and creating a neutralization reaction upon contact with the chemical contaminant. Hui investigated the massage effect on RSDL to mitigate organophosphate contamination and discovered that rubbing increased the efficacy of RSDL by 25× compared with no rubbing. In this ex vivo study, excised human skin was dosed with radiolabeled paraoxon, and RSDL was applied with or without 2 min of rubbing. The percentage of toxicant absorbed was quantified by counting radioactivity in the skin and receptor fluid. While these studies demonstrate increased trans-appendageal penetration and higher RSDL decontamination performance with rubbing, the mechanisms and interactions involved remain unclear.

Thus far, results from ex vivo and in vitro studies have indicated the act of rubbing while topically applying drugs can sometimes enhance dermal absorption. These results may be correlated with similar effects in vivo. Shin et al.10 recently expounded upon this hypothesis by proposing an in vitro permeation test (IVPT) method to compare the effects of heat on transdermal delivery systems (TDS). The goal was to mimic and address the potential risk of overdose and other medication errors associated with heat effects on TDS products dosed in vivo.

In vitro permeation studies of various nicotine and fentanyl transdermal delivery systems through pig skin were conducted, and different heat parameters were applied to each TDS: normal (32 ± 1°C) versus elevated (42 ± 2°C); continuous vs. no heat; and early vs. late heat exposure. Results revealed elevated temperatures and late heat exposures generally increased permeation for both nicotine and fentanyl transdermal delivery systems.

Although there are limitations to this study, such as replicating in vivo heat exposure in vitro, this model provides insight into drug doses in patients who may be wearing a fentanyl TDS to sleep under a heated blanket, or in patients who may be wearing a nicotine TDS while outdoors in extreme heat. Further studies with human skin, as well as in vivo studies, are necessary to confirm this hypothesis.

Taken together, rubbing may be another factor to consider within the context of percutaneous penetration of chemicals through the skin—which, heretofore, has gone unrecognized. Further research into the mechanisms by which massage affects diffusion is necessary and should be pursued since their potential clinical relevance is obvious.

While research such as that listed here does indicate rubbing can significantly increase the absorption rates of some chemicals, more and stronger evidence would allow patients and consumers to confidently proceed with rubbing to apply treatment regimens and skin care routines.