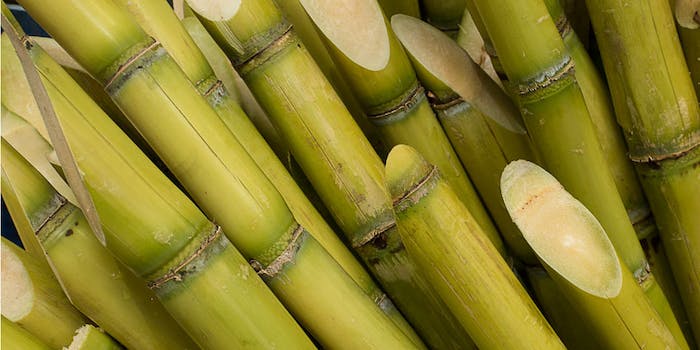 Squalane (INCI: Squalane; IUPAC name: 2,6,10,15,19,23-hexamethyltetracosane; CAS RN 111-01-3; see Figure 1a) is a valued cosmetic ingredient due to several of its unique properties. In a pure state, it is a mobile, colorless, odorless and tasteless hydrocarbon oil with good physical and chemical stability; this is illustrated by its high boiling point of 210-215°C (at 1 torr pressure)1 and notable resistance to chemical oxidation,2 making the need for preservatives unnecessary. Squalane also naturally occurs in small amounts in the lipid layers of skin, and along with its precursor squalene,3 it prevents moisture loss while restoring skin’s suppleness and flexibility. The ingredient’s sensorial profile, biocompatibility with skin, robust composition and moisturizing benefits have made it a favorite with cosmetic formulators. From a technical point of view, it is readily emulsifiable, and has excellent dispersion properties and compatibility with other ingredients. It is soluble in all common cosmetic media, and can be used without limits in all types of formulations. Subject to the removal of impurities that vary in type and amount, depending on the source, it is non-toxic and a non-irritant.4

Traditionally, squalane is manufactured by catalytic hydrogenation of squalene (6E,10E,14E,18E-2,6,10,15,19,23-hexamethyltetracosa-2,6,10,14,18,22-hexaene, see Figure 1b), a natural triterpene hydrocarbon and one of the most important human skin cell lipids. Squalene is synthesized in the sebaceous glands, where it accounts for up to 13% of total lipids.5 Its concentration varies with skin site6 and the amount secreted, ranging from 125 mg to 475 mg per day, depending on the individual.7 It is also found in plants,8 prokaryotes, yeast and microalgae.9

On a commercial scale, squalene has traditionally been obtained from deep sea shark liver oil, which has a long history of use in China, Japan and Korea as a health food. Indeed, shark liver oil was first named in print in a Chinese compendium of traditional remedies dating back to the middle 16th century. Early in the 20th century, a highly unsaturated hydrocarbon was independently isolated from shark liver oil by Marcelet, Chapman and Tsujimoto.10 Tsujimoto, an oils and fats chemist at the Tokyo Industrial Testing Station, correctly identified its formula as C30H50 and named it squalene, referring to the fact sharks belong to the family Squalidae.11 The 1931 publication of its total chemical synthesis by 1937 Nobel Prize Winner Paul Karrer, of Zurich University in Switzerland,12 unequivocally proved the chemical structure. Due to its multiple double bonds, squalene was deemed as too unstable for most practical uses until around 1950 when Sebastien Sabetay of the French firm Laserson and Sabetay had the idea of hydrogenating it to form squalane, or perhydrosqualene as it was known then.13 This quickly allowed the product to be commercialized as an important cosmetic ingredient.14

In the late 1970s, totally synthetic squalane produced by the Japanese company Kuraray first appeared on the market. It was produced by the base-catalyzed reaction of 1,3-butadiyne, a by-product of acetylene synthesis from natural gas, and two molecules of geranyl acetone (a molecule manufactured on a tens-of-thousands-of-tons scale for the synthesis of isophytol, an intermediate for making vitamins E, K1 and other terpenoids), followed by hydrogenation of the resulting adduct.15 Despite its very high purity, the material’s cost due to this multistep process presumably limited its use in mainstream consumer products.

Squalene also is found in modest amounts in a variety of plant oils—for example, in olives at 0.2-0.5%.16 (Interestingly, as an aside, until the advent of more sophisticated analysis methods such as gas or liquid chromatography, squalene was routinely added as an adulterant to some olive oils to enhance their value, since quality determination was based on squalene levels.) Although the amount of squalene in olive oil is typically less than 0.5%, it is concentrated at 60-75% in the unsaponifiable fraction of the oil.17 However, until the 1980s, its direct recovery was considered uneconomical until several Spanish firms patented methods for extracting and purifying squalene from olive oil processing waste.18 Ultimately, the firm Hispano Quimica S.A.—acquired in 2000 by Cognis and, in turn, by BASF in 2010—commercialized “plant squalane” or phytosqualane derived from olive oil deodorizer distillate (OODD)—a concentrated waste product from the final step of the olive oil refining process that contains up to 30% squalene. Improvements to this technology subsequently have been patented.19

Given its multiple sources, even 100% pure squalane contains different impurities, depending on the origin of the squalene raw material. For example, shark-originated squalene may contain environmental pollutants, e.g., polychlorinated biphenyls (PCBs), dioxins and heavy metals that are bioconcentrated in the liver.23 Moreover, squalane also contains impurities from its biosynthesis, such as low volatility triacyl glycerols and glyceryl ethers, and up to 0.1% of the C19 hydrocarbon pristane—a severe irritant. Squalene from olive oil wastes can be contaminated with by-products from processing—including plant waxes, free fatty acids, phytosterols and neutralization by-products. All of these impurities make the purification of squalene raw materials and/or end squalane products important for its safe use in cosmetics. Differences between animal and vegetable squalane (phytosqualane) were reviewed by Gasparoli et al.;24 Table 1 summarizes the complex composition of squalanes from different sources.

Like other natural ingredients, squalane supplies are subject to the uncertainties of weather and harvesting. To further complicate the supply chain, squalane also has become the focus of campaigns against the harvesting of endangered sharks25 to produce it. In 2005, a campaign by Oceana eventually led to the public commitment of several cosmetic manufacturers to stop or phase out the use of shark squalane in products.26 Periodic campaigns have since “refreshed” this cause to keep the pressure on cosmetics companies.27 One, by the Environmental Justice Foundation28 in late 2013, focused on the “black market” of shark squalane passed off as, or blended with, olive-derived squalane—despite the capability of analytical tests to distinguish between the two.29 The campaign also pushed for product labeling to identify products containing shark squalane.

Only recently have advances in biotechnology provided a solution to address these concerns, i.e., to provide a pure, stable product in high volume at a low cost and from a renewable source. While the role of squalene in the isoprene pathway leading to steroid production in humans was suspected as far back as the 1920s,30 it was not proven until the 1964 Nobel Prize-winning work of Konrad Bloch, who discovered the biosynthesis of cholesterol.31

Without the tools to manipulate genetic material, however, scientists were delayed from making further advances until the middle 1990s, when researchers at Mycogen Corp. modified the genes of the oil-producing yeast Yarrowia lipolytica to enhance the production of squalene—with a view to producing it on a commercial scale by fermenting the resulting engineered microorganism. Although the company substantially enhanced squalene production from ~0.45% to ~2% of its cell dry weight, this failed to meet project targets, and the operation was closed in 1998 immediately after its acquisition by Dow AgroScience.32 Subsequent attempts primarily have been confined to academic laboratories,33 although a survey of recent patent literature reveals continuing interest from some large manufacturers.34

Now, a new approach based on the isoprenoid pathway has been developed35, 36 to enable the commercial scale manufacture of squalane from fermentable sugars. β-Farnesene, the natural biosynthetic precursor of squalene, is produced on an industrial scale by fermentation using the common non-pathogenic yeast Saccharomyces cerevisiae. The yeast is then completely removed, followed by a simple chemical coupling that mimics natural processes. This, in turn, avoids the need for isolating lipophilic and oxidatively unstable squalene from the fermentation biomass. Existing hydrogenation and purification technologies can then be used to manufacture high purity squalane. An overview of this process is shown in Figure 2.

There are several advantages to this manufacturing process. As noted, it is renewable and bio-based, certified 100% bio-based by the U.S. Department of Agriculture (USDA), and Ecocert approved. The process also is robust and reproducible, and along with the availability of feedstock, ensures the reliable and sustainable production of squalane. The tightly controlled manufacturing process ensures consistency from lot to lot, both from a chemical and sensorial (i.e., odor and color) standpoint. Figure 3 shows the compositional data from 31 consecutive lots produced in 2013.

Further, since the feedstock β-farnesene used in the chemical coupling is a high purity hydrocarbon, as opposed to natural squalene (which, as noted, can contain impurities), the products and by-products of this process are also hydrocarbons. Table 2 shows the major products of the described process and their typical amounts. By summing typical amounts of the first three species, sugar-derived squalane, like high purity shark squalane, is composed of 99% C30 hydrocarbons, and closely matches the performance characteristics of the latter (i.e., odor, density, refractive index and viscosity) while being renewable and environmentally friendly. Since the raw material in the final hydrogenation step is of a higher purity than is possible from other sources, the degree of saturation of the resulting squalane, as indicated by bromine index numbers, is also noticeably higher; so improved oxidative stability can be anticipated.

The history of squalane production, and thus commercialization and development as a cosmetic ingredient, has been notably impacted by uncertainty surrounding the availability and quality of traditional natural sources, cost of chemical processing and shortcomings of previous fermentation-based technologies. However, modern biotechnology has been able to leverage enzyme-catalyzed chemical reactions found in nature coupled with traditional chemical processing steps to create a high-quality source of renewable squalane. This process is based on β-farnesene, a fermentation product of the yeast Saccharomyces cerevisae, and uses a chemical reaction to reproducibly create squalane that is essentially odorless, stable and with a consistent lot-to-lot composition of > 99% C30 hydrocarbon molecules. As a result, sugar squalane offers high quality and performance comparable to that of shark-derived squalane but made from a renewable source. With this advanced production process, renewable squalane can be implemented into formulations without the challenges of supply and price volatility.